ZRPK "Shell" against the UAV attack: weaknesses with the option of poor crew training 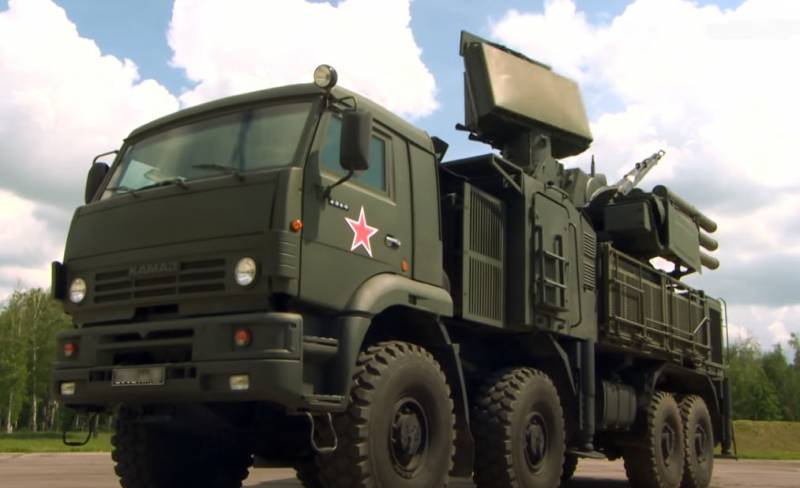 Losses in Syria and Libya of the Panzir (Panzir-C1) anti-aircraft missile and gun systems manufactured in Russia led to the need to learn important lessons from the situation. Of course, the notorious human factor plays a paramount role in the fact that Haftar forces in Libya and government troops in the SAR lost such weapons. However, it is important to understand here that the technical side of the issue is of no small importance.


The effectiveness of using "Armor" is inversely related to the amount aviation means of destruction that are targets for the ZRPK and for which the ZRPK itself acts as a target. In other words, the more planes and drones the enemy uses against the "Carapace", the less the complex has a chance to resist such an attack. Everything is logical. An important aspect is precisely in the simultaneous use of several shock UAVs.

For obvious reasons, if the Pantsir-C1 air defense missile defense system is “pulled out,” as they say, in the middle of the desert and at this moment cool in its shadow, then no technical advantages of the system will help.

But for ZRPK, an important issue is the reduction in deployment time. Given that one “Shell-C1” sometimes has to confront 4-5 drones (for example, Turkish “Bayraktar” in the mentioned Libya and Syria), then literally every second is important in this situation.

The advantage in detecting the target and the distance to use the Pantsir-C1 missile weapons over the same Bayraktar is on the side of the SAM system: 36 km in detection range, 18 km in anti-aircraft missile range (with a target altitude of up to 15 km). The Turkish UAV uses UMTAS anti-tank missiles with a launch range of no more than 8 km. But the deployment time, which is about 4,5 minutes, can be too long in preparation for a real battle with several UAVs, especially when you consider the “did not wait” option, which is not so rare for Arab realities. The deployment time when taking into account problems with crew training is the weak point of the complex.

In Syria, Turkish Bayraktar-TB2 fell "ripe pears" precisely at those moments when anti-aircraft missile and cannon systems were timely detected and when effective tactics of warfare were chosen with the shortest possible deployment time. This became a problem for the Haftar forces and for the SAA in Syria, especially when the number of shock drones simultaneously used by the PNS forces (actually Turkey) exceeded 3 units. Drones were sent from different directions and often introduced the operators of the "Shell" into a stupor. In the end, the ZRPK either managed to release missile ammunition (12 missiles) when a “head” drone appeared (and two or three others used the situation to deliver a striking blow), or simply was not deployed in a combat position. The volume of missile ammunition is not a weak point, if one thinks about its rational use.

It is worth noting here that in Russia there is a continuous improvement of the Pantsir air defense missile system. One of the modernizations is the Pantsir-SM, which detects targets already at a distance of 75 km, and strikes at a range of up to 40 km. In other words, while the UAV operator is just getting ready to choose a specific route and flight mode, the Carapace-SM crew is already able to take the drone on the fly and turn it into a pile of wreckage long before entering the zone from which it could launch a missile strike on an air defense missile system. But Russia is not in a hurry to share this option with an air defense system - in the first place, it is important to ensure that they arm their own air defense units.
Ctrl Enter
Noticed oshЫbku Highlight text and press. Ctrl + Enter
We are
Reports from the militia of New Russia for 27-28 September 2014 of the yearYuri Drozdov: Russia prepared the role of the sacrificial calf
Military Reviewin Yandex News
Military Reviewin Google News
174 comments
Information
Dear reader, to leave comments on the publication, you must sign in.