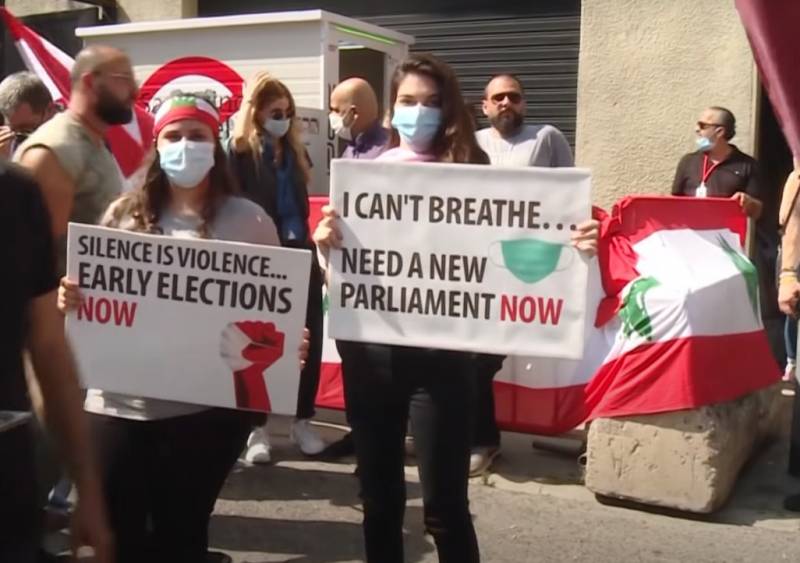 In recent days, the political situation in Lebanon has seriously deteriorated. This Middle Eastern country was covered by the largest wave of protests in many years.

Sunnis and Christians versus Hezbollah

The multi-confessional Lebanon has always been characterized by an extremely explosive atmosphere in society. More than once in Lebanon, conflicts broke out between Christians and Muslims, which in their time led to a long civil war. Therefore, the collisions that took place on June 6-7 in Beirut should be taken seriously.

This time, residents of the Sunni and Shiite quarters of the Lebanese capital clashed on the streets of Beirut. At one time, in December 2019, the Shiites managed to secure the resignation of the Sunni government, Saad Hariri, and Hassan Diab became the new prime minister. It is interesting that he is a Sunni by faith, but Hezbollah actively supports him, and therefore the Lebanese Sunnis are again unhappy.

Hezbollah was also sharply criticized by its traditional opponents, the Lebanese Maronite Christians who support the right-wing Lebanese Forces party. Supporters of the latter also took part in clashes with Shiite activists in Ain Rumman and Shiyah.

Opponents of Hezbollah demanded the disarmament of the militias of this organization. They raised posters with anti-Shiite slogans, and songs sprang from the speakers of the equipment, also calling for a protest against the most influential Shiite organization in the Middle East. Then the protesters stoned the police who cordoned off the parliament building.

According to a number of Lebanese media, protesters were transported to the capital by special buses from other regions of the country. As we recall, we used this scenario at the time of the Ukrainian opposition, which brought to the Maidan nationalist-minded residents of the regions of Western Ukraine.

In order to separate the opposing groups, the authorities had to use army special forces. The military dispersed the demonstrators using tear gas. 7 people were arrested. Interestingly, not a single Lebanese is among them - four of those arrested are citizens of Syria, one is a native of neighboring Palestine, and two more are citizens of Sudan.

The cause of the clashes, which is called the "Lebanese Maidan," as is often the case in the Middle East, was religious controversy. Many Lebanese are unhappy with the too big role that the Shiite Amal party and the Hezbollah armed organization, closely linked to Iran, play in the country's life. It is because of Hezbollah’s active participation in Lebanese politics that the country has ceased to enjoy the support of the United States and Western Europe.

Economic crisis is another important cause of unrest

But the main reason for the mass demonstrations in Beirut is, of course, rooted in the difficult economic situation that Lebanon faced after the coronavirus pandemic. As soon as the country began to remove the restrictions associated with the pandemic, Lebanese society began to boil. It is possible that external forces also had a hand in doing so: at least that was what Lebanese Druze leader (another influential ethno-confessional community in the country) spoke about, Valid Jumblat. 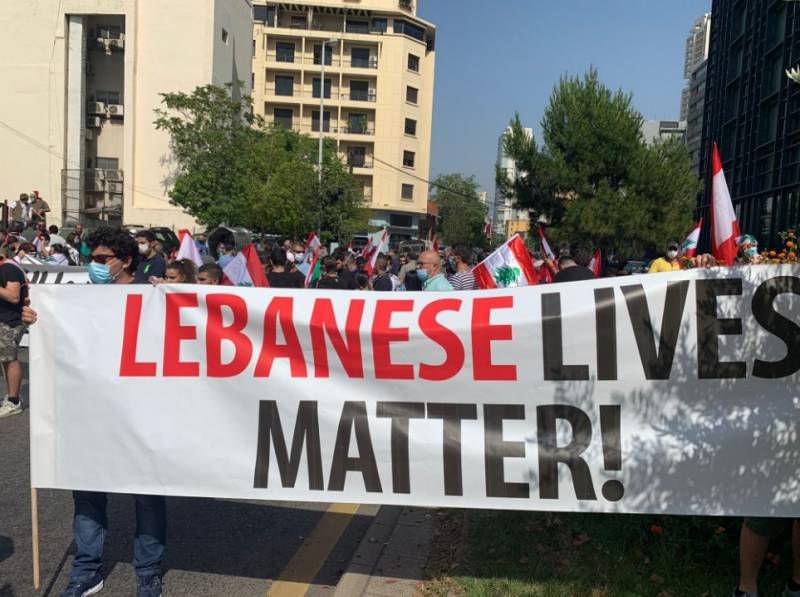 Lebanese protesters can be understood: not only are 35% of the country's population unemployed, but against this background, migrants and refugees from less prosperous Arab and African countries are still flooding the country. The Lebanese political system is also affected by corruption, the country is among the countries with the largest debts to international financial organizations. Residents of the country accuse the government of this situation.

We took to the streets to claim our rights, to demand the medical care, education, work and basic rights that people need to survive,
says a 21-year-old Lebanese student in an interview with Al Jazeera.

The well-being of most Lebanese has declined to such an extent that it is now difficult for them to even buy bread, not to mention products such as meat or fruit. This, incidentally, is confirmed by the country's Prime Minister Hassan Diab. Many countries have ceased to supply food to Lebanon due to debt obligations and the coronavirus. Once one of the most economically prosperous countries in the Middle East, today it is plunging deeper into the abyss of poverty and social contradictions.

Here's what happens in recent days on the streets of the Lebanese capital:


Recall that earlier, Israel transferred to the borders of Lebanon Tanks Merkava