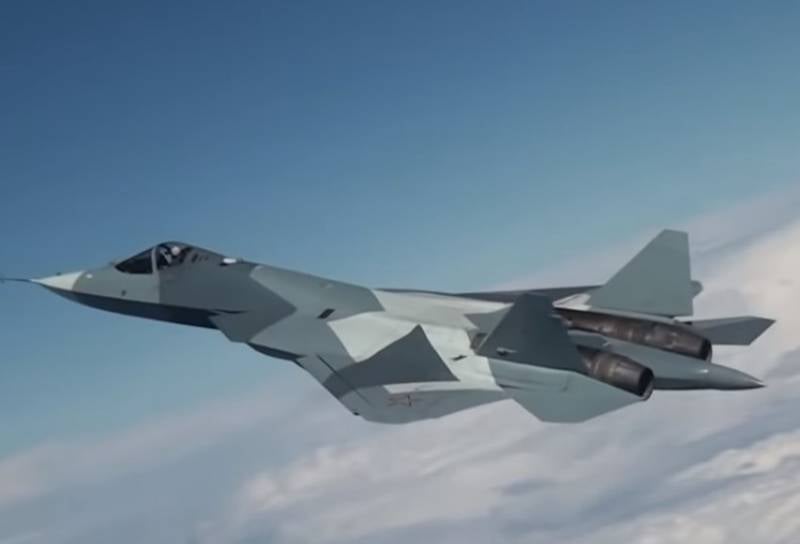 Around the Russian multi-purpose fighter Su-57 experts tirelessly debate. Some believe that it absolutely does not correspond to the 5th generation, since it has insufficient stealth. For example, such statements have repeatedly appeared in the Indian and Chinese press. Others, on the contrary, pay attention to the possibility of using the Su-57 in unmanned mode, which is one of the signs of a sixth generation combat aircraft.


But let's discuss how well-grounded are the fears of our Western partners about the Su-57. Is this aircraft capable of overcoming NATO's air defense in Europe?

In fact, it is very difficult to come to unambiguous conclusions, because in fact, the Su-57 is not yet in service with the Russian Air Force.

Aircraft that are not in service

If we take the fifth-generation Chinese fighter J-20 as an example, then comparing it with the Su-57 is incorrect. And the point is not even the technical characteristics of these two aircraft. Although they both began to be created at about the same time, today the PLA is armed with almost 30 J-20 units, and the Russian Su-57 has not yet been transferred to the troops.

It will be fair to consider the Su-57 to be really functioning domestic military equipment only after at least 10-15 of these aircraft begin to operate our VKS. Moreover, machines equipped not with the 4th generation engine, which is on the first samples, but with the so-called “product 30” - the second stage engine.

But although the Russian aircraft is still quite “raw” and is still being finalized, nevertheless some of its capabilities are already known.

Most often, the Su-57 is criticized for the lack of stealth. Of course, the criticism is fair. It is quite obvious that an aircraft invisible to radars is more adapted to overcome enemy air defense systems.

Yes, the Su-57 has direct air intake channels, unlike the American F-22 and S-35, where these elements are S-shaped. Of course, because of this, it is more noticeable for radars. On the other hand, the thrust of the engines of American aircraft due to this design of air intakes is somewhat lost. The design of the Su-57 nozzle also makes the Russian aircraft more visible in the infrared (thermal) range.

Most likely, domestic designers tried to find a reasonable compromise between the stealth of the aircraft and its tactical and technical characteristics, for example, maneuverability, fuel efficiency and so on. Indeed, overcoming enemy radars is not a determining component, it is a stage on the road to completing a combat mission.

It is possible that in Russia no one planned to create a perfect stealth system, since this is not necessary. I will even express a completely seditious thought: it is possible that the task of the new Russian fighter to overcome perfect and high-tech air defense systems of the North Atlantic bloc is not included at all. More precisely, this is the task, but it does not rest with the Su-57.

This may be indirectly indicated by the creation in Russia of the S-70 Okhotnik unmanned aerial vehicle and the development of its interaction with the Su-57. This drone is a shock drone reaching a ceiling height of 18 kilometers. He is able to act independently, along with other same drones or with a fighter.

Thus, the Su-57 can play the role of “leader of the pack,” controlling several such UAVs. Drones are able to penetrate the air defense system, conduct reconnaissance, and even suppress ground-based air defense systems, "clearing" the Su-57 road. The payload of 6 tons and the high speed of the Hunter contribute to these tasks.

Do you need a pilot?

The recent Su-57 tests in unmanned mode could not go unnoticed. Of course, there was a man in the cockpit, but he only watched the flight and was ready to intervene in control if something went wrong.

As mentioned earlier, the possibility of unmanned control is one of the hallmarks of the sixth generation fighter.

Man is not iron. Therefore, his physical capabilities, in particular, his ability to withstand overloads, are limited. This is a deterrent to the development of technology. And if you use an airplane without a pilot, then it can be subjected even to those overloads that a person is not able to withstand. 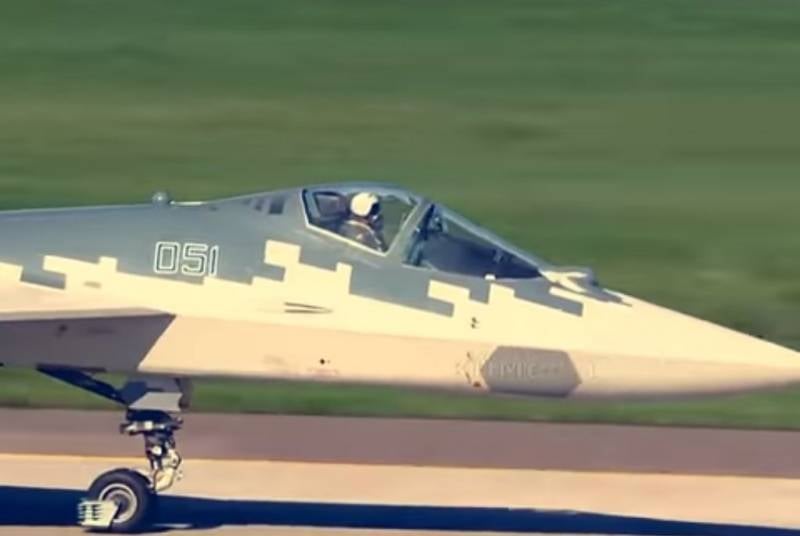 During testing, the Su-57 performed the simplest actions, and the pilot at that time was in the cockpit as an observer. It is not difficult to assume that the ultimate goal will be the operation of an aircraft in the cockpit of which there will be no person at all. Such a combat vehicle will be able to carry out such elements that no manned vehicle is capable of without risking harm to the health and life of the pilot.

They will not equip the Su-57 with “daggers,” but the state armament program for 2018–2027 provides for equipping these aircraft with hypersonic missiles.

It is known that they will be smaller in size than the "Daggers" to be located inside the fighter. Moreover, their characteristics will be similar to those of the X-47M2. So, they will be able to hit targets, including in Europe, without trying to break through air defense systems.

Su-57 vs NATO air defense: from theory to practice

All that was mentioned above are assumptions that, without practical confirmation, remain a pure theory. And if the Su-57 has not yet entered service, then we can only speculate on its capabilities to overcome the NATO air defense systems, without knowing anything for sure.

True, the Vietnamese edition of Soha claims that the Su-57 has already encountered air defense of American "partners."

It is known that as early as 2018, new models of Russian fighters were sent to the “run-in” in Syria and even inflicted attacks on militants, while remaining unnoticed by the US and Israel air defense systems. And this despite the fact that the fifth-generation American fighter F-22 and F-35 freely recognize and accompany Russian air defense systems.

Around the beginning of May, according to the Vietnamese edition of Soha, these Russian Su-57s flew three times over the US military bases in Iraq to test American air defense.

Since there was no indignation on the part of the Americans, it can be assumed that our aircraft went unnoticed. Although the US air defense could detect our fighters, but in order to deceive the Russian military, the US military decided to remain silent.

Exclude the option that all this история it was simply invented by Vietnamese journalists, it is also impossible.

It is hard to argue that the Su-57 is already an excellent fighting vehicle. And she continues to improve. These fighters will receive new engines, new hypersonic missiles. In addition, it is planned to replace the hydraulic power drives with electric ones, which will reduce the weight of the aircraft. And this, in turn, means lower fuel consumption, increased flight ranges and other benefits.

But these innovations have a downside. We will get the perfect combat vehicle, but not now, and not earlier than the middle of the current decade. Meanwhile, military aircraft and air defense systems are being improved in other countries. Therefore, there is a risk of delaying the time to bring the Su-57 to the "final" characteristics.

But the fact remains: the Su-57s are already able to bypass modern NATO air defense systems, including in Europe. This may well manifest itself in the sky over the Baltic.

Ctrl Enter
Noticed oshЫbku Highlight text and press. Ctrl + Enter
We are
About Stalin and KhrushchevWhat you didn't want to know about England
Military Reviewin Yandex News
Military Reviewin Google News
82 comments
Information
Dear reader, to leave comments on the publication, you must to register.