NGSW program: what will become the main weapon of the American army 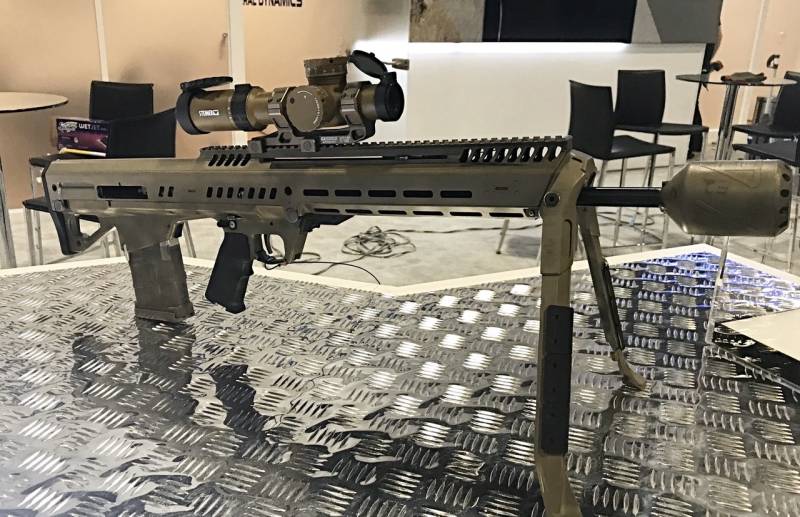 The main symbol of the US Army is not the Abrams, the M2 infantry fighting vehicle, or the Apache helicopter. Over the long decades of operation of the M16 rifle and its versions, this particular complex has become the hallmark of the US Army. The M16 carbine developed on the basis of the M2A4, despite the slightly reduced characteristics compared to the automatic rifle, almost completely satisfied the ground forces. But time passes, while forming new requirements. Back in the 90s, the German company Heckler & Koch loudly declared itself with its new HK G36 automatic machine, manufactured with extensive use of high-strength polymers. The US Army wanted its own conventional counterpart: this resulted in a project commonly known as the XM8. The assault rifle was tested in the army back in the 2000s, but it didn't go any further. At first, the Pentagon wished that not only the requirements of the ground forces, but also of other branches of the armed forces, were taken into account. And then the shortcomings characteristic of any new weapons. In 2005, the project was officially closed.

At some stage, it began to seem that the M4 carbine is “eternal”, like the low-pulse intermediate cartridge 5,56 × 45 mm. However, the eternal competition of armor and weapons has already said its weighty word these days. So, Russian equipment "Warrior", including body armor 6B45, is able to withstand ten hits from a sniper rifle Dragunov. And then the Chinese pulled themselves up with their claims to world leadership ... 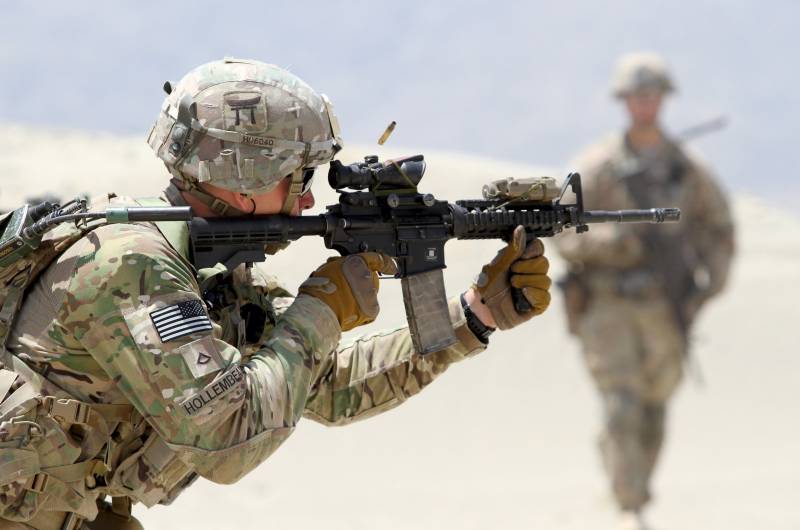 American fears resulted in the Next Generation Squad Weapons program, designed to find a replacement for both the M4 carbine and the M249 light machine gun. Accordingly, the program consists of the project NGSW-R (Next Generation Squad Weapon Rifle), which aims to replace the M4, and NGSW-AR (Next Generation Squad Weapon Automatic Rifle), aimed at getting a new machine gun. At the heart of everything lies a fundamentally new 6,8 mm bimetallic cartridge, characterized by increased muzzle velocity and firing range, as well as low weight. The initial velocity of the bullet is 976 m / s: it is assumed that the initial energy of the bullet exceeds the initial energy of the bullets of most cartridges of 7,62 × 51 mm caliber. In the West, the new cartridge is positioned as “capable of penetrating any body armor”, however, we will not get into discussions and analyze technical nuances now. For now, just see who will compete for the right to become the main weapon of the US Ground Forces.

Previously, the following companies became participants in the competition:

The finalists of the tender for the supply of a new generation NGSW shooting complex were:

They must deliver to the troops experimental batches of rifles and machine guns, the official comparative tests of which will be carried out in 2021. If everything goes according to plan, in the first quarter of 2022 the final draft of the rifle and machine gun will be chosen and the winner will begin to massively supply them to the troops. 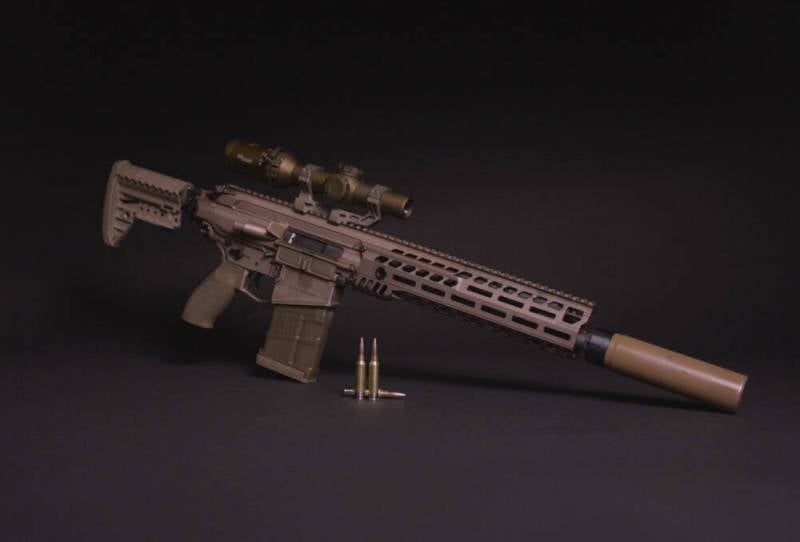 In May, the Military.com portal announced that the US Special Operations Forces will receive small arms samples created as part of the Next Generation Squad Weapon program. The experience gained should allow the army team to better determine which complex is most suitable for them. And the other day it became known about the supply of the first rifles and machine guns developed as part of the NGSW.

The ground forces received the MCX-SPEAR rifle and the SIG-LMG-6.8 machine gun, created by SIG Sauer. The MCX Spear was developed based on the SIG MCX modular platform. According to the portal Modern Firearms, it uses traditional gas exhaust automation with an upper gas piston with a short stroke. The gas unit is equipped with a two-position gas regulator. The barrel is locked by a rotary shutter. The return spring of the bolt is located above the bolt group, in the upper part of the receiver.

As for the machine gun, its ergonomics and recoil should correspond to the M4 indicators with a mass of less than 6,8 kilograms. All systems are equipped with new SLX silencers, which, thanks to optimized removal of powder gases, minimize the visibility of the shooter in the infrared spectrum.

The offer from SIG Sauer can be conditionally called “conservative”, although it has been implemented taking into account modern technologies. In general, the features of the complexes are seen as advantages rather than disadvantages that increase SIG Sauer's chances of success. 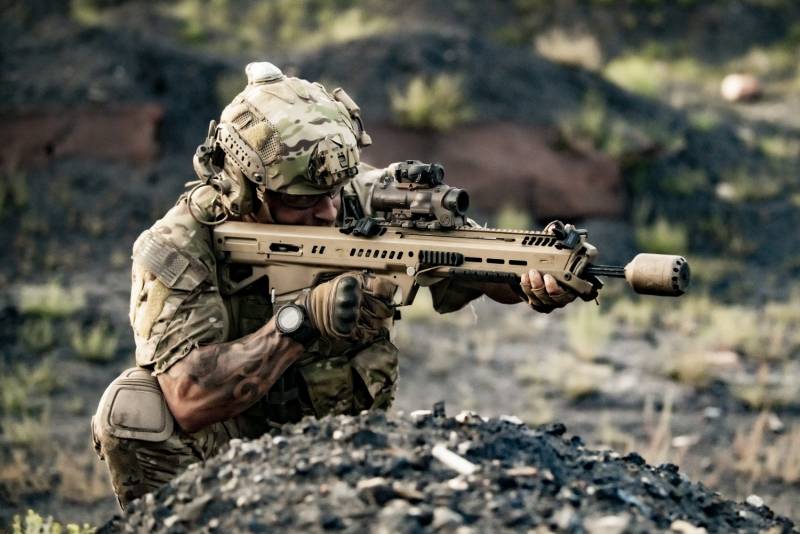 Last year, General Dynamics announced its participation in the Next Generation Squad Weapon contest. As part of the competition, she offers a RM277 submachine gun made in bullpup layout. It uses 6,8 mm cartridges with a polymer case: this solution is designed to reduce their weight. According to experts, for the complex they used depreciation of the recoil of the firing unit (barrel with receiver) to mitigate a fairly strong return. Two-way fuse-translator: it is located above the pistol grip of the fire control.

The weapon has a rather unusual silencer, which, due to its shape and impressive size, has already been compared to an aluminum can. It also serves as a flame arrester.

The most controversial in RM277 is the aforementioned bullpup layout, in which the trigger is pulled forward and positioned in front of the magazine and percussion mechanism. The advantage of the layout is that it can significantly reduce the total length of the weapon without changing the length of the barrel. But it has no fewer minuses, or even more: this is the location of the store, which makes reloading much more difficult, the complexity of using large-capacity stores, and the location of the center of gravity of the weapon, unusual for many. A case in point: earlier France decided to abandon the famous FAMAS, executed according to the bullpup scheme, and as a substitute called HK 416, made according to the "usual" scheme. But more importantly, the Americans, being well-known innovators in the field of small arms, do not particularly favor bullpups. In any case, such complexes have never been used by land forces on a mass basis. 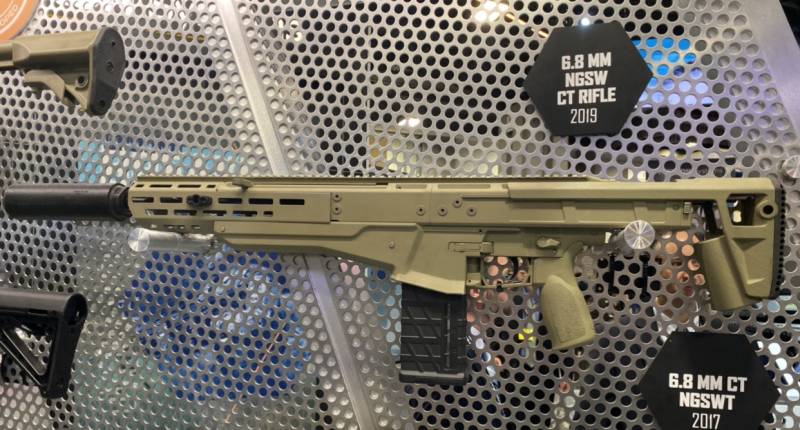 The prospects of the complex developed by the American company Textron are even more ambiguous. The weapon created in the framework of the NGSW-R project uses telescopic cartridges of a cylindrical shape, where the bullet is completely recessed into a plastic sleeve. AAI has been developing this cartridge for many years as part of the LSAT program. It is assumed that such a solution will reduce the mass of weapons and take with them more ammunition.

The weapons were equipped with a sophisticated ammunition supply system with a movable chamber. On the other hand, in terms of ergonomics, the new machine is similar to the rifles and carbines currently in use. It is also known that ammunition is supplied from plastic magazines with a capacity of 20 rounds, and sights can be installed on the Picatinny rail on the receiver cover and forend. 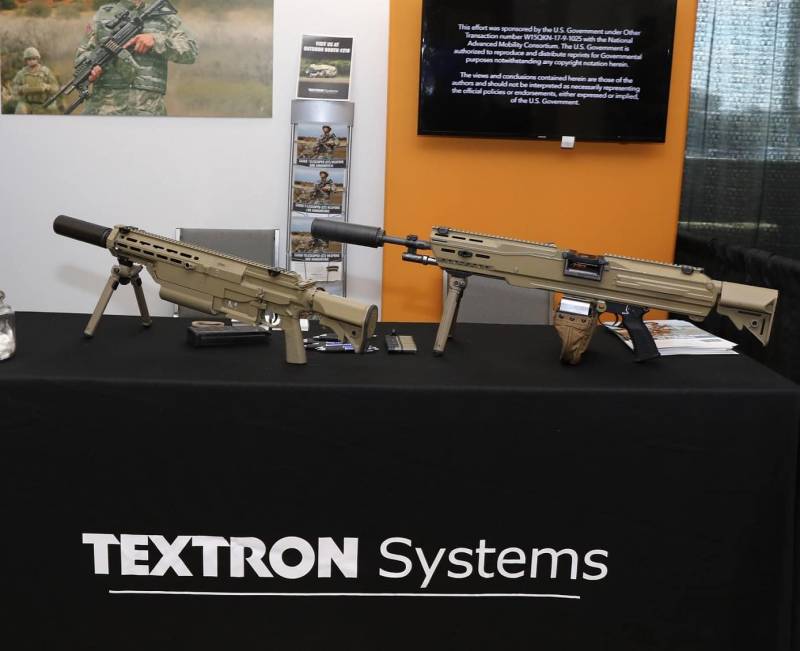 Regardless of the potential advantages and disadvantages of each of these complexes, there are no guarantees that the US Army will replace its M4 and M249 with new complexes. We have already witnessed more than once how ambitious US Army rearmament programs ended in nothing.