The results of the week. And let the target wait 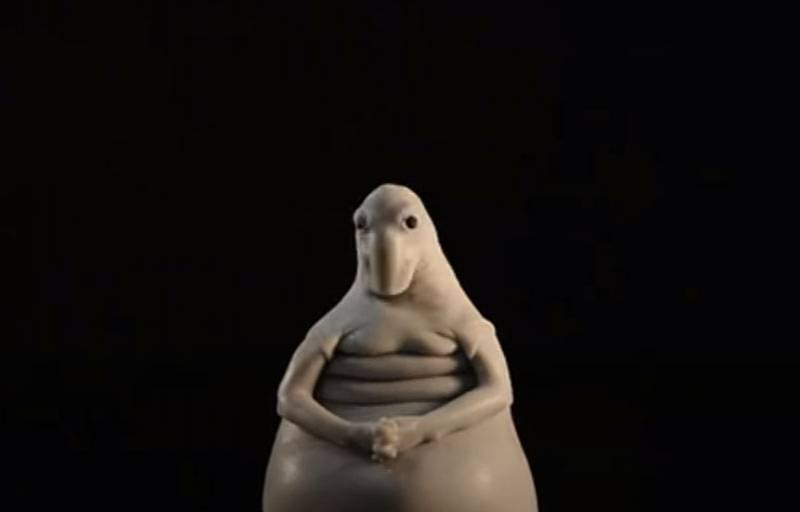 The most long-range rifle in the world may soon be created by Russian gunsmiths. Its preliminary name is DXL-5.

DXL-5: in Russia they create a sniper rifle with a range of up to 7 km
Appeared on the week news about the readiness to create a sniper rifle in Russia with a range of up to 7 thousand meters. At the same time, the developer says that such an opportunity (in distance) is able to provide an innovative cartridge. Neither its caliber, nor any other parameters for the DXL-5 rifle has been reported.

A sniper rifle with a range of hitting a target at a distance of 7 km? Not bad, as they say. True, in this situation, the development resembles research in the automotive industry, when the next "tricked out" race car is dispersed to a thousand kilometers per hour. Overclock - overclock, only for a new speed record requires an almost perfectly flat surface for many kilometers. Therefore, they experience it in the desert.

Same thing with a rifle. Here the main thing for the sniper to initially “find” for himself such a target, the distance to which would be “shot” without the presence of any obstacles to the mentioned 7 km. It turns out that it’s a kind of desert-steppe option with an additional optoelectronic “twist” from the “eagle eye” series, and even taking into account the fact that the target should wander through the desert extremely slowly, and it’s better to wait for his fate in place, so that the sniper there was at least some chance ... And let the bullet wait for the target? Or is it about shooting using the cartridge of the classification “shot and forgot”? In general, there are more questions than answers. 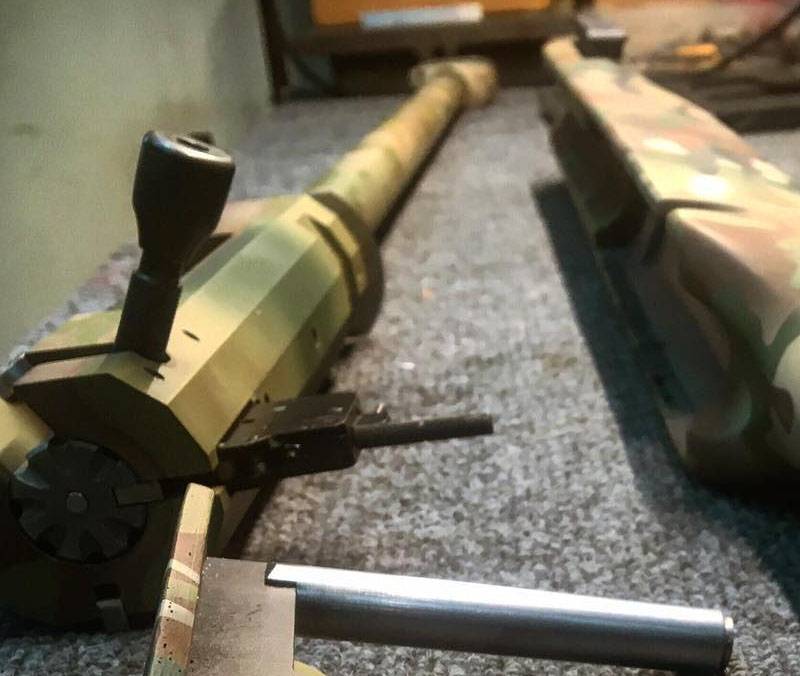 This rifle will have too narrow specialization, if it can be called that.
SHURUM -BURUM

At such a distance, he will not get anywhere. Due to the refraction of the beam in the vertical heat fluxes of the atmosphere, it will a priori aim past. The Americans know this and are working on a bullet capable of homing at the final stage of the flight. Yes, and for such a distance, it will no longer be a sight, but a telescope. This comrade-designer made me laugh.
Kalmar

Like all Lobaev rifles. This one has: marketing, and possibly sports. Well, and where without it, a toy for those who have money and desire.
yfast

To shoot at 7km, a bullet is needed with a nuclear warhead. 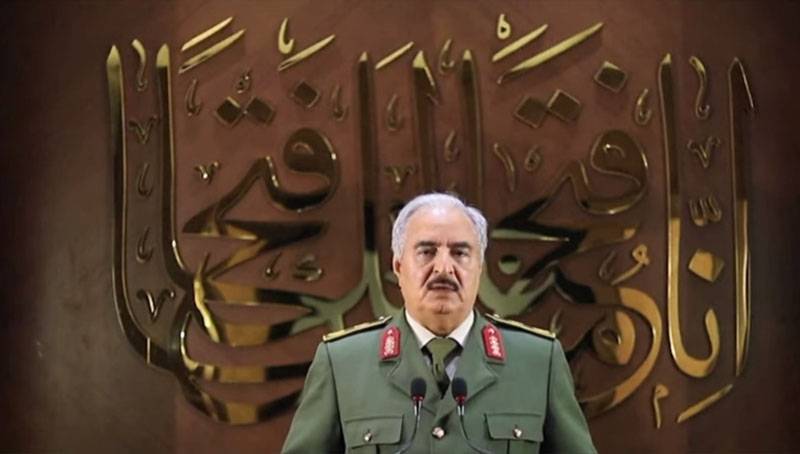 The forces of the so-called Libyan National Accord Government have advanced to the east of the country and set themselves the task of capturing a strategically important settlement - the city of Sirte.

PNS forces prepare to take Sirte: about 20 km to the city
It is noteworthy that even in the Western media it is difficult to find references to the fact that in Libya there is a war for "freedom and democracy." Everyone understands that resources are at stake. No politics, no ideology. Chopped for oil - nothing personal, as they say.

Only the Turkish media and representatives, what is important, of the Ukrainian blogosphere are zealous. Moreover, if the former usually call what is happening in Libya “a struggle against the Haftar rebel,” the latter report almost daily “about the destruction of Wagner’s troops”. And these “Wagnerites” died, if you pay attention to the publication of the Ukrainian “near-amateur performance” of the regiment at least three.

What's up with Haftar?

Marshal, of course, is not envied. Shoulder straps are solid, age, too, iron at the bases collected fairly. But somehow it went wrong. Got a cap on Al-Watiyah, at Tripoli Airport, in Tarhun. Now hesitates under Sirte.

It seems that in 1983 he took courses at the Frunze Soviet Academy. But either at that moment he looked more at Russian girls, or missed the sands of his native Ajdabiya, but in the end, something grows together today. In a good way, maybe he would at least pull it on a battalion commander, but on a field marshal, excuse me ... Wandering in the sand ... Because some already see something from the series "I'm tired, I'm leaving" - in a marshal's performance.

Saraj, he does not pretend. His main task is to write in a timely manner on Twitter about readiness for negotiations, and the rest is to wait for reports from militants and Turkish Bayraktar operators deployed from Idlib.

Yes, it’s Sarkozy ... he borrowed money for the elections, but he was reluctant to give ... Well, NATO helped ... That’s how they smashed the country to smithereens. But the most prosperous country in Africa was ...
donavi49

In Mazra (base at Tarhuna) they threw a whole tank battalion + rembase. Seen in reserve. Moreover, part of the technology - only a fraction of diesel fuel. Even went to the video. Well, and the part for spare parts is a donation.

Rommel received the rank of Field Marshal for the capture of the Tobruk fortress in June 1942. At the same time, German troops were inferior in number to the British no less than 2-2,5 times.
Can someone tell me, for any such merits, Haftar received the "Field Marshal"?

The Golden Coffin of American Democracy

Combat helicopters over Washington, paratroopers and the 1st Infantry Division were introduced into the city. In the United States, riots continue. The time for protests was chosen very interesting - just when foreigners were banned from entering the country due to a pandemic. President Trump is angry, the troops of the National Guard are brought into the capital.

Combat helicopters over Washington, paratroopers and the 1st Infantry Division were introduced into the city 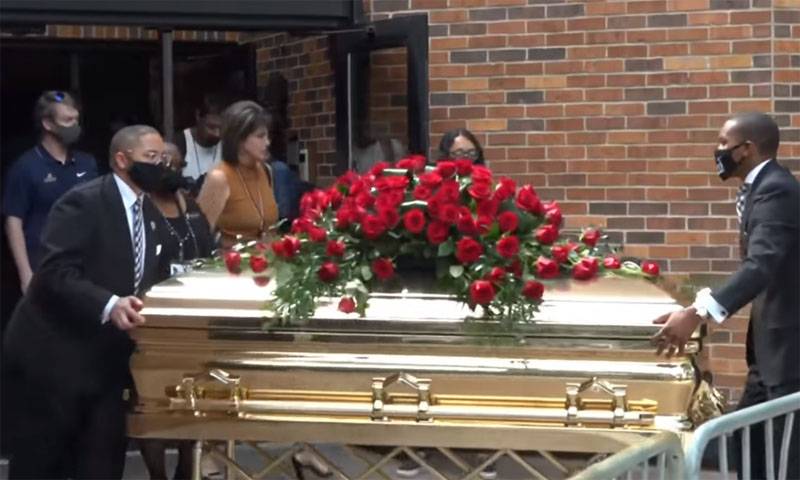 The National Guard and armored vehicles on the streets of the cities, paratroopers on helicopters over the District of Columbia. And against the background of all this, the mayor of Minneapolis weeping at the golden tomb. So much, you see, the official mourned for George Floyd that a lump in his throat and sobs in his voice ...

In general, how they lived according to the law “The show must continue”, so they continue to live.

All American dissenting people would have been worked for a long time with rubber bullets and tear gas without exception - with a subsequent period of 30 years for a prison slave per brother. But no. The show has a show. And one of the goals of this show is to properly shake the chair under the old Doni. If he sat impeachment while trying to unfold “friends-democrats”, then maybe in this case he won’t be able to sit, and one buttock “hemisphere” will outweigh the “throne” with the sawed leg. They say Nancy and Joe are working hard ...

And some are all looking for the "Russian trace"
lisiy prapor

To appeal to the UN Security Council with a proposal for the deployment of peacekeeping forces, from the most humane motives, esessno, to protect the citadel of democracy.
Junior Warrant Officer

At least one couch patriot went to help the American population to loosen the boat, to overthrow such a hated world hegemonic regime? Or again just hope for Yellowstone?

The Polish problem - the state does not want to sober up

Poland hopes that part of the US troops withdrawn from Germany will be deployed on the territory of the republic, thereby further increasing the US military contingent in the country. This was stated by Prime Minister Mateusz Moravecki

Poland hopes to increase US military presence in the country
This is the main question: how many American troops should be brought into Poland in order for its official authorities to finally calm down in relation to "potential Russian aggression"? Three divisions, five, ten? .. The second question, given historical discourse: after what time in Poland they will declare that the American troops do not protect the country, but occupy it?

The answers to both of these should be connected with the Polish economy and Polish debt. As long as injections continue in Poland in the form of loans with more than gentle interest, nothing will change. But as soon as the Polish apples are no longer enough for servicing credit obligations, sobering for Polish democracy can happen - sobering up ... But they don’t want to sober up, that’s the problem of Poland itself and those who are in charge of it with the present and are trying to fuel the future.

Foreign troops rejoicing on their territory is the destiny of weak states.
Pvi1206

The power in Poland is clearly anti-people ... I wonder if there is another power ... apparently not ... no one can always be good at the same time ... therefore, the power, first of all, cares about its well-being.
K298rtm

Someone should eat Polish apples. 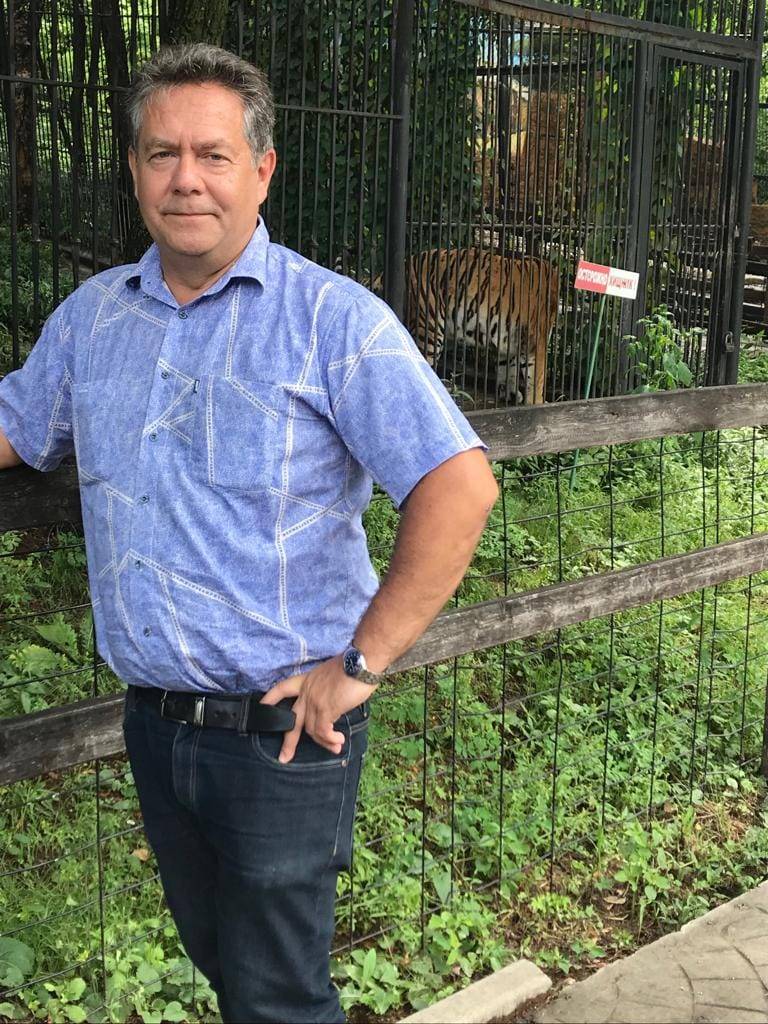 On June 4, Nikolai Platoshkin, officially considered the leader of the recently created political movement "For New Socialism", was detained in his own apartment.

In this regard, we can only reliably say that this decision to arrest Nikolai Platoshkin's fame increased. After all, "google" about him now and those who, earlier, to put it mildly, had little interest in his biography and political position. In principle, this can even play into the hands of Nikolai Platoshkin himself. Unless, of course, there are “deceived employees of the state farm”, “forbidden Swiss hobbies” and “undeclared caravan with a country house, which brought down the lives of ordinary pensioners”.

In the meantime, the order "stay at home" and reflect on the topic: from whom did denunciation CXnal ...

Policy? Only politics! Why didn’t Chubais be arrested for claiming 20 million who did not fit the market? Was this not a call for genocide?
blackice

That is, to quote the Constitution, and especially the part where the succession of power is written, is extremism already? Ohhhh very interesting !!!
letinant

When Platoshkin was at the feeding trough (he worked at the Ministry of Foreign Affairs), he did not hear his statements about social justice. And it appeared after the dismissal. My question is, can anyone enlighten. What was Platoshkin fired for? Agitation does not suit me.
Sergey985

I am not a supporter of Platoshkin. But his arrest looks like a clumsy and stupid attempt by the authorities to remove a political opponent. And with the help of criminal prosecution. Everything is so sewn with white thread that you wonder.

Ctrl Enter
Noticed oshЫbku Highlight text and press. Ctrl + Enter
We are
Situational analysis of the death of the MH17 flight (Malaysian Boeing 777), made on the basis of engineering analysis from 15.08.2014Sniper craft basics
Military Reviewin Yandex News
Military Reviewin Google News
87 comments
Information
Dear reader, to leave comments on the publication, you must to register.