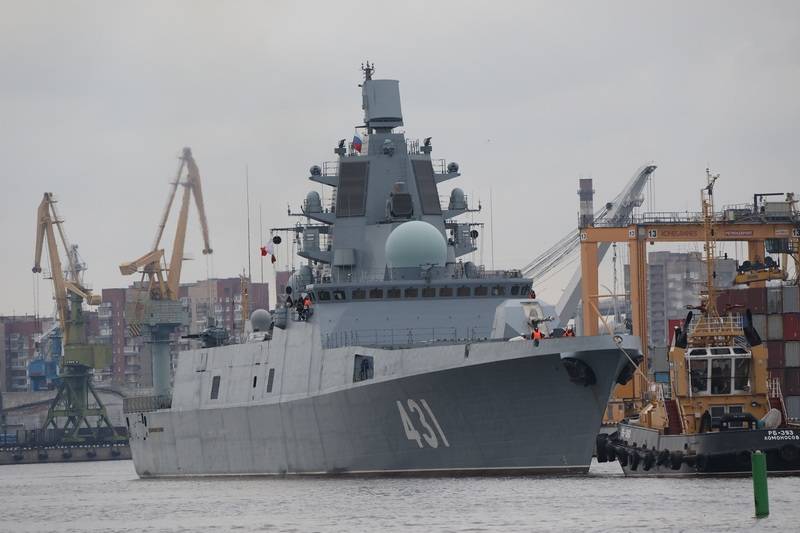 The first serial frigate of project 22350 Admiral fleet Kasatonov "completed state tests and arrived at the shipyard" Severnaya Verf "to conduct an audit before being handed over to the customer, the press service of the company said.


As follows from the press release distributed by Severnaya Verf, the ship’s revision will take place during June. During this time, specialists of the enterprise will carry out maintenance of the mechanisms and prepare the frigate for transfer to the Russian Navy. After the audit, "Admiral Kasatonov" will make a control exit to the sea and will be transferred to the fleet. Like the lead ship of the series - Admiral Gorshkov, Admiral Kasatonov will become part of the Northern Fleet.

We reached the finish line and are approaching the main event for the ship - the raising of the St. Andrew flag. For ten months, the ship passed the test phases in two fleets - the Northern and Baltic, (...) The delivery team, together with the crew, fleet support services, carried out a thorough check of the frigate, (...) “Kasatonov” is a modern powerful ship of the distant sea areas that will strengthen the domestic fleet
- said the Director General of the Northern Shipyard Igor Ponomarev.

Ctrl Enter
Noticed oshЫbku Highlight text and press. Ctrl + Enter
We are
Frigate "Admiral Kasatonov" continues the next stage of sea trialsSevernaya Verf Shipyard will launch the third serial corvette of the 20380 Stable project in May
Military Reviewin Yandex News
Military Reviewin Google News
16 comments
Information
Dear reader, to leave comments on the publication, you must sign in.