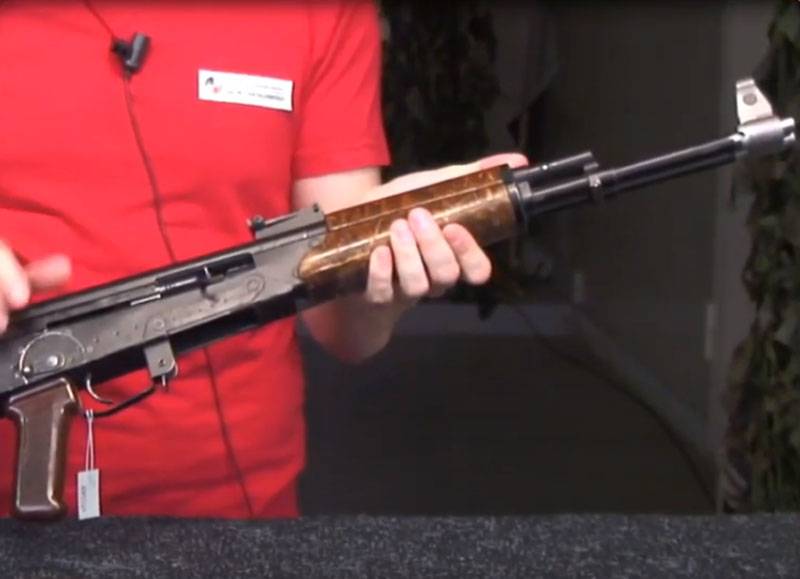 Double-barrel automatic machine AO-63, another achievement of the Soviet armory industry, called the "horror story for NATO." But, despite the very interesting technical characteristics, he never entered into mass production.

Technical characteristics and advantages of AO-63

The development of AO-63 began in the first half of the 1980s. At that time, nothing had foreshadowed the collapse of the Soviet Union; therefore, much attention was paid to strengthening defense capabilities, including various innovations in the field of armaments. Pyotr Tkachev (1934-2012) supervised the development, and they were carried out at the Central Scientific Research Institute of Precision Engineering of the USSR (TsNIItochmash).

AO-63 was a logical continuation of another project of the experimental machine - AO-38, which was developed at the same TsNIItochmash in the 1960s. The main feature of the AO-38 was the increased accuracy of fire in automatic mode, which was significantly higher than all small arms known at that time. However, work on the creation of AO-38 was postponed until better times. In the early 1980s it seemed that these better times had come, and at the Central Research Institute of Machine and Machine Tools returned to the design of an experimental automaton.

AO-63 implemented the principle of a double-barreled assault rifle, which made it possible to combine various calibers and classes of small arms in one building. The technical characteristics of the AO-63 were as follows: caliber - 5,45 mm, cartridge - 5,45x39 mm, weight - 3,68 kg without magazine, length - 890 mm. The maximum firing range was up to 1000 m. Moreover, many parts of the AO-63 were borrowed from the AK-74, which was taken as the basis for the development of the double-barreled automatic machine. But the AO-63 store was three-row.

Two barrels and ammunition of 5,45x39 mm turned the AO-63 in theory into a real threat to enemy armies. The rate of fire of the AO-63 was really fantastic: up to 6 thousand rounds per minute in automatic fire mode and 850 rounds per minute in semi-automatic mode. The delay between shots from two barrels was only 0,01 seconds, which turned out to be sufficient so that the recoil did not increase.

Designers calculated that the AO-63 assault rifle was superior to the AK-74 by an average of 1,59 times, and when shooting at targets lying flat and lying with one’s hand - 1,70 times. At the same time, both experienced shooters and beginners were specially involved in the tests. And in all cases, the performance of the experimental machine was impressive. 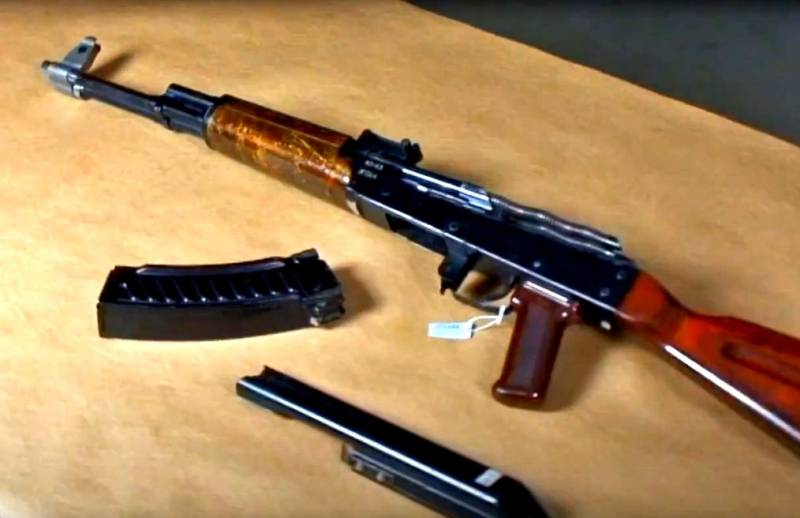 Why AO-63 did not go into mass production

The machine had great potential. However point in stories AO-63 project was delivered by Abakan competitive tests. Although the AO-63 turned out to be very good in accuracy of fire, the complexity of its scheme was an unambiguous minus. A decision was made in favor of the Nikonov AN-94 Abakan assault rifle.

Automatic machine AO-63 never entered mass production. But was it even to be expected that such weapons could be adopted by the Soviet Army? Its complex double-barreled design increased the duration of the assembly and disassembly of the machine by two to three times, also the adaptation of ammunition to a similar rate of fire was required. If for special units this could still be at least somehow an acceptable option, then for mass ("pan-army") use - definitely not. There were too many problems, and the real positive effect of using the AO-63 assault rifle was not proven. But the very fact of the development of a double-barreled submachine gun in the USSR, let's say, scared the West, and not even so much the professional military, but the media, who liked to tickle the nerves of the public with various stories about terrible Soviet weapons.

It is likely that, on the basis of the AO-63, the development of a more advanced double-barreled automatic machine would continue, but shortly after the tests, the Soviet Union collapsed. Domestic industry, including defense, was far from in the best position. The AN-94 automatic machine that won the competition was produced in very limited batches in the mid-1990s, and then its production ceased altogether.