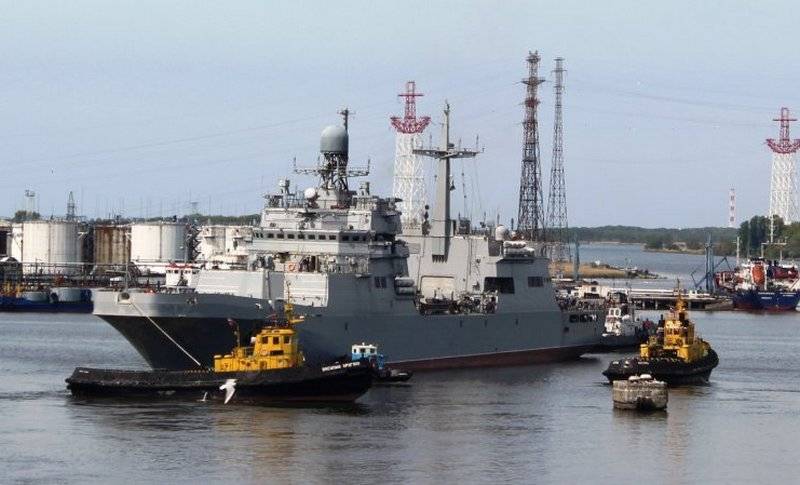 The first serial BDK of project 11711 "Peter Morgunov" will be returned from the factory sea trials to the Baltic shipyard "Yantar" after June 8. This was reported by TASS with reference to a source in the shipbuilding industry.


According to the interlocutor of the news agency, BDK will return to "Yantar" to conduct regular finishing work before the next stage of the ZHI. At this stage of factory sea trials, the ship set off on May 25.

At the beginning of next week, the Peter Morgunov BDK will return to Yantar after the ZHI for regular finishing work
- said the source.

According to the press service of Yantar, it is planned that in June the BDK will go over to state tests, after which it will be transferred to the Russian Navy.

According to the plans announced earlier, the BDK was supposed to finish the sea trials by mid-April and immediately switch to the state, so that in May it would become a part fleet. Now, according to the announced new plans, the delivery deadline for the ship to the customer has again been postponed.

Ctrl Enter
Noticed oshЫbku Highlight text and press. Ctrl + Enter
We are
The dates for the resumption of testing of the BDK project 11711 "Peter Morgunov"The first serial BDK of the 11711 project "Peter Morgunov" went to the test
Military Reviewin Yandex News
Military Reviewin Google News
34 comments
Information
Dear reader, to leave comments on the publication, you must to register.