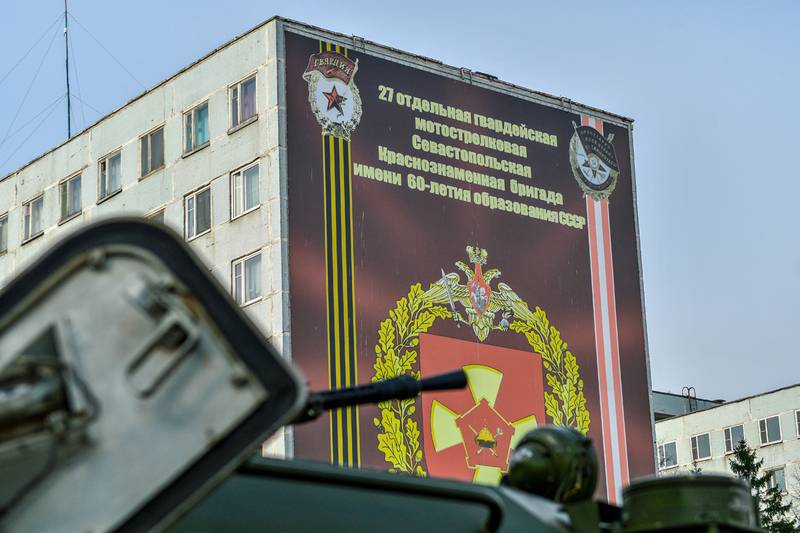 1th Guards tank The Red Banner Army of the Western Military District is reinforced by the Sevastopol Guards Red Banner Motorized Rifle Brigade deployed in the Novomoskovsk Administrative District of Moscow. This was reported by the press service of ZVO.

The Separate Guards Motorized Rifle Sevastopol Red Banner Brigade named after the 60th anniversary of the USSR became part of the Guards Tank Red Banner Army of the Western Military District to fulfill tasks (...) in the western strategic direction
- said in a statement.

It is noted that this year the brigade will take part in a bilateral tactical and special training jointly with a separate tank brigade at the Mulino training ground. The brigade is armed with the T-90A, BTR-82A, BMP-3, 9A34 Strela-10 SAM and 2S6M Tunguska ZSU.

Recall that the first ZVO tank army was recreated in 2014. It includes, in particular, the Taman motorized rifle and Kantemirov tank divisions, the 6th tank brigade, and the missile brigade in the Ivanovo region. The army headquarters is in Bakovka (Moscow region)

Ctrl Enter
Noticed oshЫbku Highlight text and press. Ctrl + Enter
We are
Reports from the militia of New Russia for 1 September 2014 of the yearTaman and Kantemirovskaya tank divisions recreated in Russia
Military Reviewin Yandex News
Military Reviewin Google News
74 comments
Information
Dear reader, to leave comments on the publication, you must to register.