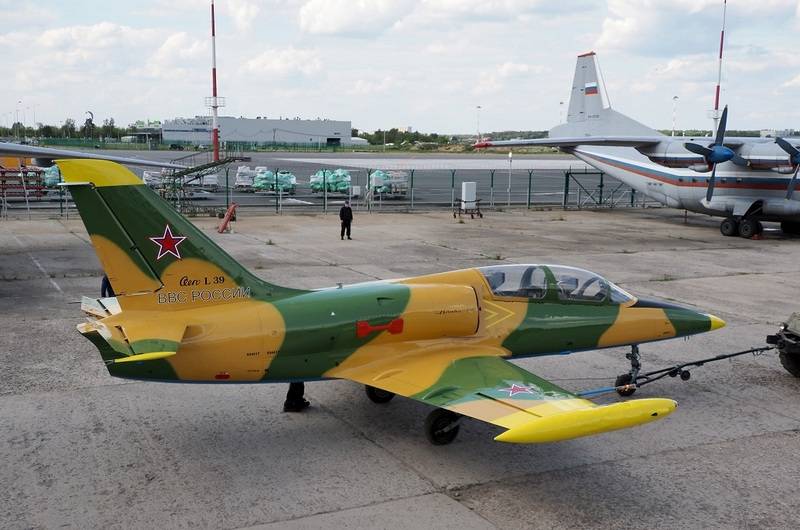 The Myasishchev Experimental Machine-Building Plant (EMZ, part of the UAC) is completing the modernization of the main training aircraft L-39, which is used for the initial training of future pilots in aviation schools of the Ministry of Defense of the Russian Federation.


The upgraded aircraft received a new Russian-made avionics, a new color with domestic enamels, the engines remained the same. Work is underway to replace components with Russian counterparts. After the completion of modernization, the aircraft will be transferred to the control tests of the Ministry of Defense. The choice of EMZ as the contractor for the modernization of the aircraft is due to the fact that since 1997 the plant has been providing design support for the operation and repair of L-39.

As part of the replacement of non-repairable and obsolete components, the aircraft received a new avionics of completely Russian production. (...) painting the car with domestic enamels with high weather resistance, strength and elasticity
- says the KLA message.

Note that despite the statements of the Russian Ministry of Defense on replacing the L-39 in the educational institutions with Russian Yak-130s, Czechoslovak-made aircraft continue to be the main aircraft for initial flight training. The Yak-130 was expensive, but its procurement continues. To date, according to some reports, in the Russian Aerospace Forces are in service 154 L-39 and 107 Yak-130.

Ctrl Enter
Noticed oshЫbku Highlight text and press. Ctrl + Enter
We are
Indian Defense Minister expressed dissatisfaction with the progress of a number of aviation programsThe 20 rating of the largest arms deals, decisions on which were made in 2012
Military Reviewin Yandex News
Military Reviewin Google News
46 comments
Information
Dear reader, to leave comments on the publication, you must sign in.