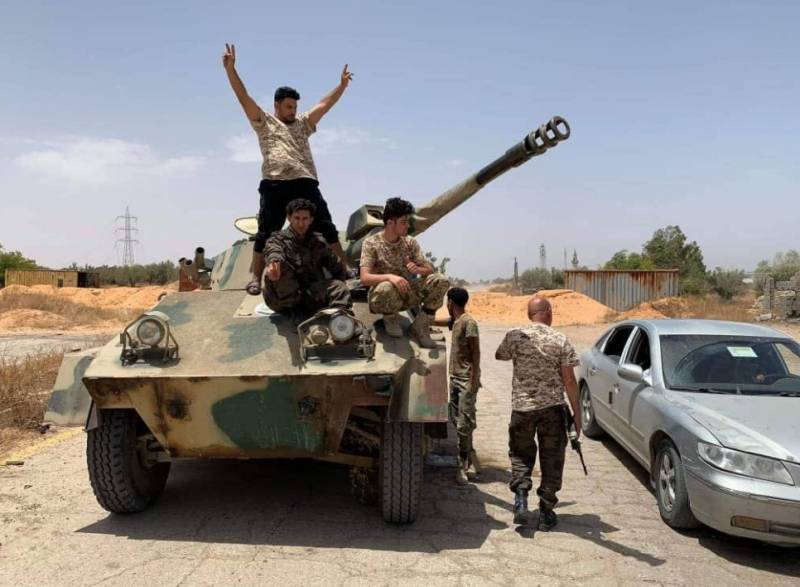 The situation in Libya remains extremely tense. The PNS and LNA troops are fighting fiercely in Tripolitania (western part of the country). But luck stopped smiling for Marshal Haftaru: his units retreat, freeing entire cities and losing expensive military equipment.

Sources close to the PNS report on the ongoing retreat of units of the Libyan National Army, Marshal Haftar from Tripoli. Apparently, the recent loss of the strategically important Al-Watiyah air base inflicted a very serious blow on Haftar's positions in Tripolitania. So, the troops of the Government of National Accord Faiz Saraj took the city of Tarhun. This was reported by Al-Jazeera, as well as a number of sources in social networks focused on PNS Sarajah.

Recall that the city of Tarhuna is located in the municipality of El Margab, 80 kilometers south of Tripoli. Before the war, the population of the city was about 296 thousand people. According to many analysts, the capture of Tarhuna allows us to talk about the completion of the unsuccessful operation of the Haftar troops to storm Tripoli.

Loyal to Marshal, the Libyan National Army no longer threatens the capital. Moreover, after Tarhuna, hostilities will inevitably move further to Sirte and Bani Walid.

In addition to the retreat, troops loyal to the marshal also lose expensive military equipment. So, on a page on Twitter there was a video of towing a Russian-made Mi-24 helicopter, which, according to the opponents of the marshal, was captured the day before from the troops loyal to him.


Also on Twitter are photographs of the Russian-made Mi-35 helicopter and artillery that were used to defend the airport captured from Haftar. 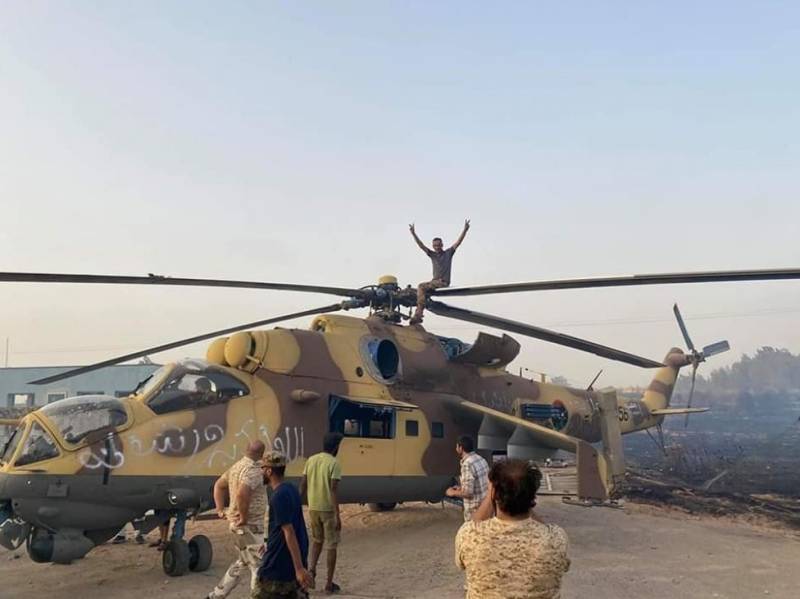 And here is the captured weapons of the Libyan national army. 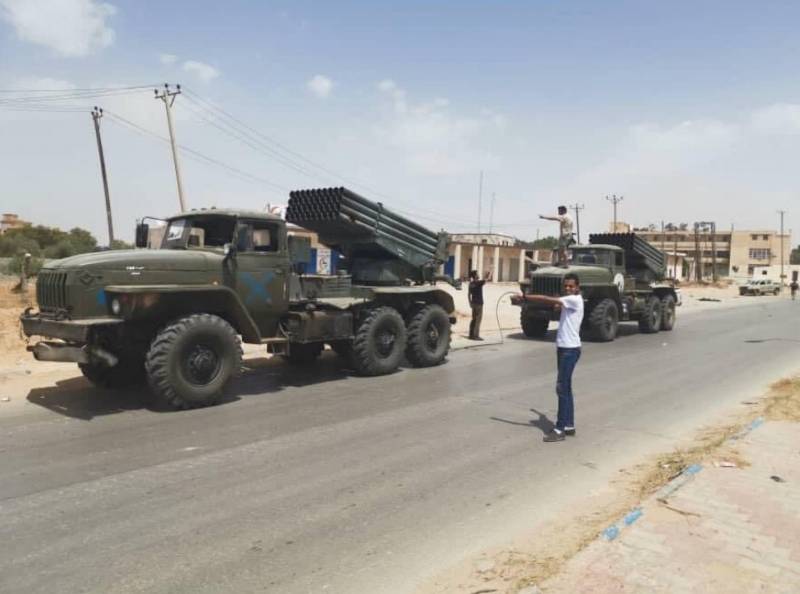 Haftar’s failures are attributed to Turkey’s active involvement in the hostilities in Libya, which not only helps the Sarajah government with arms, but also sent both Syrian radical fighters and Turkish regular troops to North Africa. Opponents of Haftar argue that on the side of the marshal, Russians are fighting from the so-called Wagner PMC, however, these allegations lack concrete evidence.

Meanwhile, representatives of the Government of National Accord make triumphant statements. So, the Minister of Internal Affairs of the PNS, Fathi Bashagha, said that the retreat of Haftar from Tripoli will be the “beginning of the end” of the entire project of the Marshal. He also called on the cities and territories under the control of the Libyan National Army to rebel against the Haftar government. 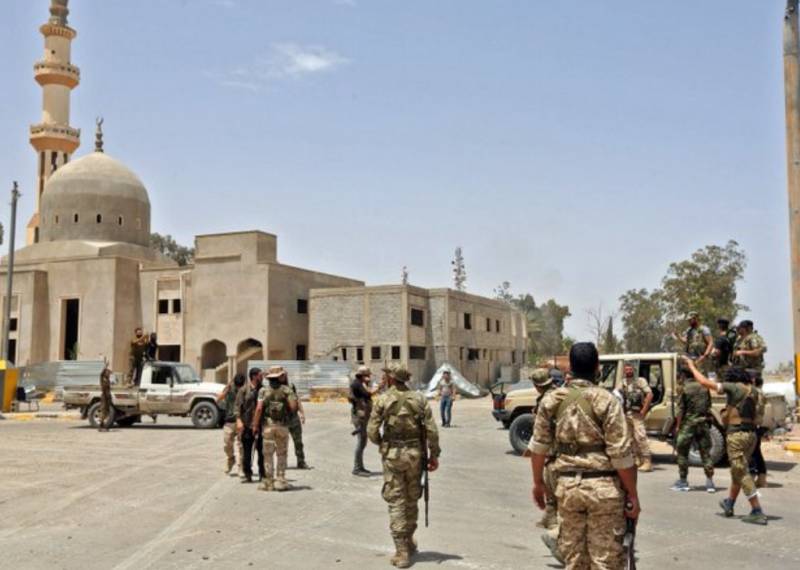 Which way will the Haftar patrons choose?

However, talking about a clear victory for the PNS is still very premature. Much will depend on how effective help Marshal will receive from his patrons. The PNS managed to beat Haftar thanks to the fundamental difference in the nature of support: while the UAE, Egypt, Greece, and Russia provided metered and hidden assistance to Haftar, Turkey openly and demonstratively intervened in the conflict on the side of Faiz Saraj. If the patrons of Haftar will now choose the same strategy, then the success of the PNS may be a thing of the past.

However, the support from the same France, which was given to Haftaru, may also cease. For example, the German analyst W. Lacher sees the Russian military presence in Libya as a much greater threat to the European Union, including France, than the Turkish intervention to support the regime in Tripoli. 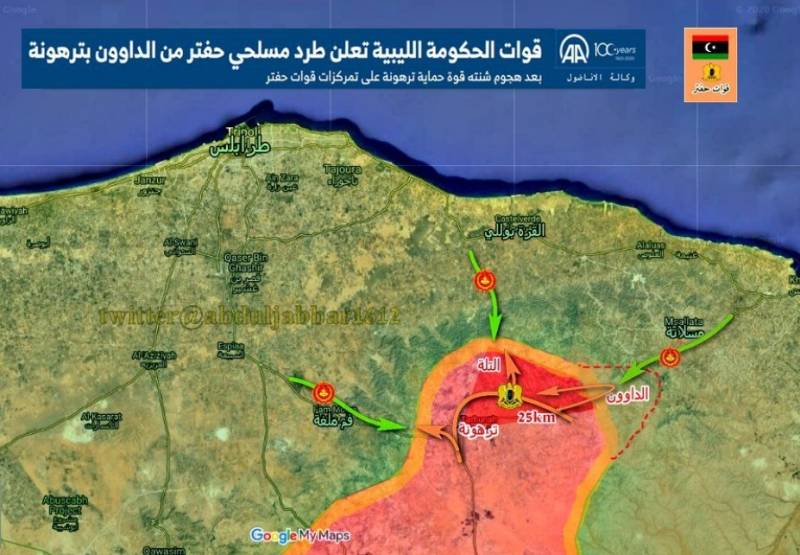 In any case, current events show: the marshal not only failed to take Tripoli, but the presence of his troops in all of Tripolitania was also questioned. If they are completely ousted from this region, then the split in Libya into actually separate territories, “quasi-states,” will be fixed for an indefinite period.

That is, there will be a “somalization” of Libya: supporters of Faiz Saraj, supported by Turkey, will keep power in Tripolitania, and Khalifa Haftar, who uses the help of neighboring Egypt, will keep power in Cyrenaica. But there is also a huge southern Libyan province of Fezzan, which generally has its own layouts, depending on the relationship between the tribes of the Arabs, Bedouins, Tuaregs and Tuba.

Finally, as VO has already reported in previous materials, there is the likelihood of a new leader appearing who can be opposed to the regime in Tripoli. After all, Haftar, after all, is an old man and sooner or later, but the opposition of the PNS should have a younger leader, albeit without such an impressive military experience and track record.

Here's what happens, meanwhile, in the vicinity of Tripoli:

Ctrl Enter
Noticed oshЫbku Highlight text and press. Ctrl + Enter
We are
“LNA chances of success are zero”: a review of the foreign press about the defeats of Haftar in LibyaLNA of Marshal Haftar put forward an ultimatum to the PNS Faiz Saraj
Military Reviewin Yandex News
Military Reviewin Google News
125 comments
Information
Dear reader, to leave comments on the publication, you must sign in.