Footcloths or socks: a long-standing debate about what is best for soldiers' legs 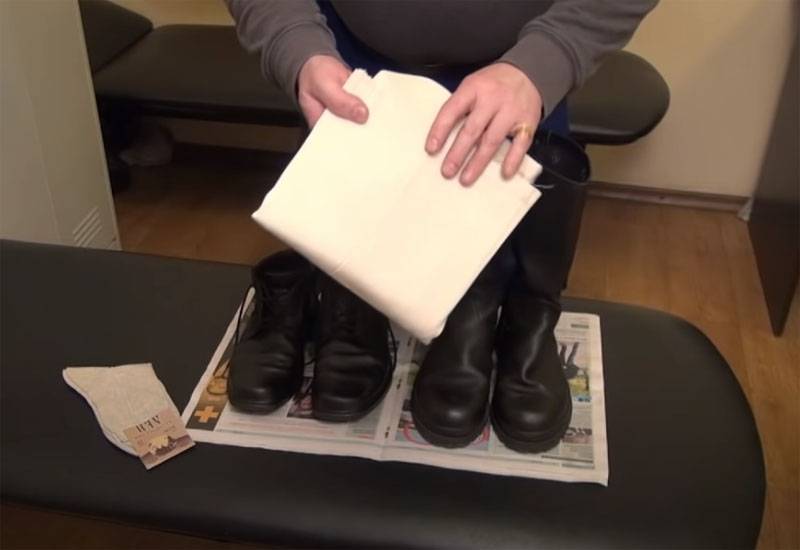 Currently, in the Russian Armed Forces, soldier's footcloths along with tarpaulin boots that have stepped back into the category of forgotten archaic, but many years of debate about which is more practical, hygienic and generally better for everyday wear by ordinary and sergeant personnel, which is better for a soldier’s foot, not subside to this day. So who is right?


The soldier's footcloth is one of the indispensable attributes of the Soviet Army. Because of this, a huge number of the male part of the population of our country mention them cause nostalgic memories of an unforgettable two years of youth. However, for some they are among the shameful characters of the mossy “scoop”, worthy of only ridicule and all censure. Typically, these characters, as a rule, are representatives of the so-called "intelligentsia" and did not serve a day in the army ...

Those who argue that the footcloths had to be abandoned, if only to follow the best practices of the civilized West, forget that this item of soldier's uniform came to our army from there. Carrying out military reform, Peter I borrowed footcloths from the highly respected Dutch. At the same time, which is very paradoxical, a piece of fabric wrapped around a leg, in combination with traditional bast shoes, was the most primordial attribute in Russia, as the name itself, which comes from the Russian “tailor”, “ports”, already speaks there is a word for a cut piece of canvas or clothing from it.

However, in the army of the Russian Empire, footcloths were several times expelled from soldiers' barracks. This happened in those periods when some of the sovereigns who bowed to Prussia tried to uniform the local warriors in the local manner. To narrow boots and patent leather shoes, footcloths, of course, went like a saddle to a cow. However, in such shoes it was possible to exclusively march on capital parade parades, and not walk along the dusty roads of long marches and along the relief of battlefields. By the beginning of the Patriotic War of 1812, the Russian army was returned boots, and, accordingly, footcloths. This is evidenced even by the appearance in French of the expression chaussette russe - “Russian stocking”, which designated, as it has been reliably proved, no haberdashery products, but just soldier's footcloths.

It was precisely their great lack of Napoleonic “conquerors”, who were scooping up from Russia a harsh Russian winter and killing thousands, including from the cold. Is the same история happened more than a century later and with those who tried to repeat Bonaparte’s bad idea with the conquest of Russia by the Nazis. Locked near Stalingrad, the German group literally begged to send as much fabric as possible for the manufacture of footcloths! However, one cannot fail to mention that during the Great Patriotic War in the Wehrmacht, in addition to socks, footcloths were used, known as Fußlappen and differing from ours except in square rather than rectangular shape. And, by the way, they were preferred by veterans who began their military career back in World War I. Our other opponents, the Finns, abandoned the footcloths in the army only in the 90s of the last century.

But what is still better: socks or footcloths? Before starting the enumeration of the indisputable and undoubted advantages of the latter, which has already turned into a classic, it is worth noting the most important detail: it all depends on who and in what circumstances this accessory is used. Yes, the “classical” footcloth, which is the most ordinary piece of fabric (cotton or winter flannel or flannelette) in sizes of 35-50 by 75-90 cm, has a lot of advantages. It is warmer, better protects the foot in rough and even large shoes from rubbing and gumming the skin with prolonged movement. It is more hygroscopic (it absorbs sweat better). And in case of getting wet, it can easily be rewound with the dry side.

The footcloth is better and longer to wear, easier to ventilate and wash. In the end, footcloths, unlike socks, can be cut from any more or less suitable fabric - for a while it will fit. And here, in the most pompous place of our “ode to the footcloth”, it's time to move on to the inevitable “but” ... All of the above is true if the footcloth is of normal quality (not worn and rubbed to the limit) and, most importantly , is when winding in skillful and dexterous hands. 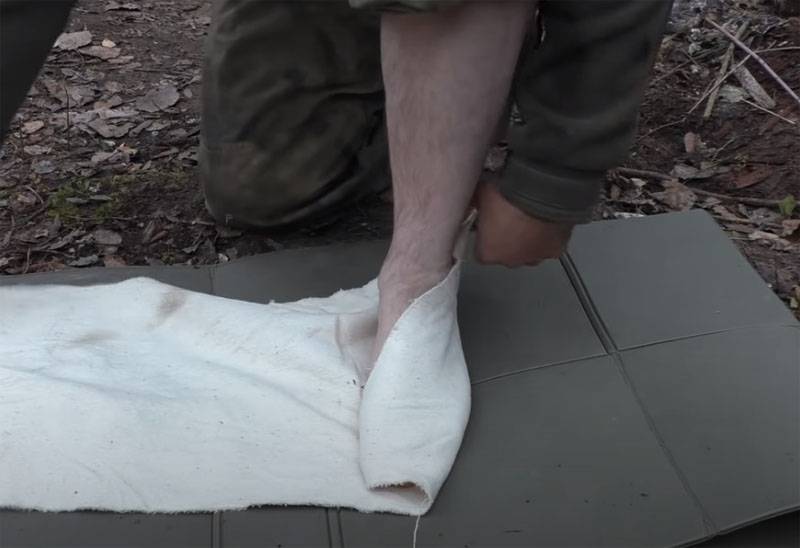 Otherwise, wait for trouble. Terribly, to the blood brought down by the wrongly wound footcloths, the feet of the soldiers were seen by everyone who served in the army. Well, if not their own ... The footcloths were good for the Red Army, a huge part of the personnel of which were natives of rural areas or small villages, trained to properly wind them from childhood. At the worst, in every company there was an experienced foreman who quickly hammered this wisdom (not so simple) even into the heads of the urban “Belorusses”, who had first put on the Kirzachs in the army. In the modern, becoming more and more professional Russian army, there are others and foremen, and shoes, and conditions of service. In modern soldier's boots, which are close to good sports shoes in complexity and convenience, footcloth is hardly appropriate.

It, along with tarpaulin boots, is a sign of a total war, in the process of which millions become guns and the cheapness and practicality of soldier's equipment come first, and not their convenience and “tricked out”. And one more thing. We live in a complex world, so I would recommend to each young man to take a couple of lessons for winding footcloths from representatives of older generations who still remember how to do this. Just in case.

Ctrl Enter
Noticed oshЫbku Highlight text and press. Ctrl + Enter
We are
About Stalin and KhrushchevWhat you didn't want to know about England
Military Reviewin Yandex News
Military Reviewin Google News
148 comments
Information
Dear reader, to leave comments on the publication, you must to register.