Fighting broke out in the Syrian province of Latakia 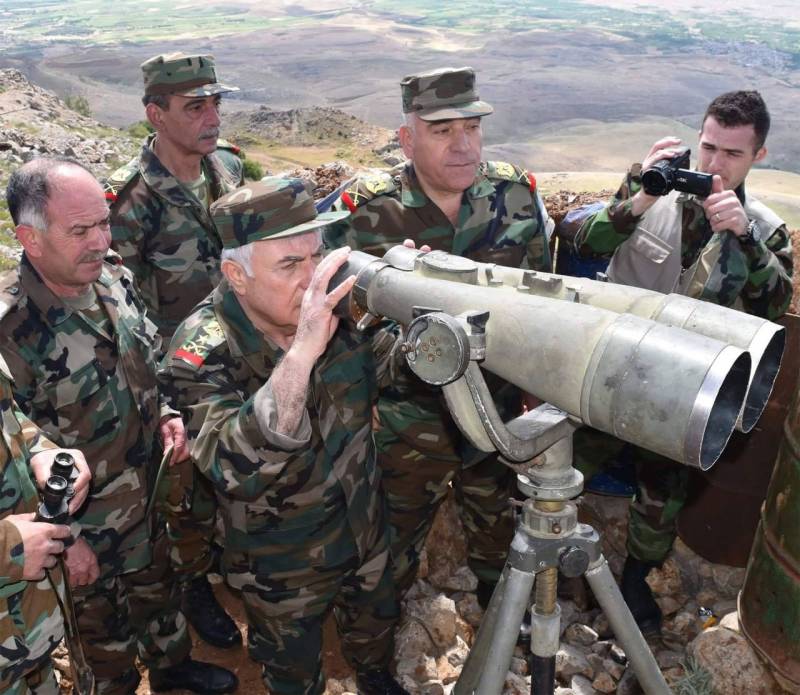 Over the past day in Syria there have been several events that deserve special attention. Most of them say that before the onset of peaceful life in this country is still very far away. One of the new manifestations of negativity is fighting in the province of Latakia.


To begin with, the situation in other regions of the ATS.

According to Syrian journalist Mohamad Rashid, in the province of Idlib, the 15th joint land patrolling of the M4 highway was carried out as part of an agreement between Moscow and Ankara. This information on his Twitter page is also confirmed by the military source "Bulletin of Damascus." Russian and Turkish troops follow from the village of Tarnaba to the village of Kafr Shalaya. The journalist published a video of joint patrolling.

Within the framework of TUR-RF Agreement / Protocol, the 15th TUR-RF Combined Land Patrol on M-4 Highway in Idlib was conducted with the participation of land and air elements.#syria #Idlib pic.twitter.com/FeLvdzadiQ

According to the Kurdish portal Rojava Network, not far from the patrol zone, in the area of ​​the city of Ariha, a mine detonated. The mining group “Khayyat Tahrir al-Sham” banned in Russia is most likely involved in the mining of the territory in this region. No one was injured from the explosion.

According to Lebanese agency Al Nour, in the province of Hasaka, an American military convoy proceeded to a military base near the village of Tel Baidar. The column carried weapon and other cargo destined for US Army personnel, according to the US command. However, in Turkey, they believe that the supply of arms goes to representatives of Kurdish groups.
Locals greeted the convoy with hostility and stoned him.

It is also reported that in the northeastern part of Latakia province there are battles between the units of the Syrian government forces and the armed opposition. Presumably, the SAA is opposed by the militants of the KhTSH and the "Islamic Party of Turkestan" banned in Russia. Militants occupy positions in the north of the province and are trying to expand their area of ​​influence. Syrian troops deployed several units from neighboring Idlib to prevent terrorists from moving deeper into Latakia.

And although armed “showdowns” are constantly going on in Syria, the world media (especially the western ones) cover the events in this country very poorly, and this is understandable. On the one hand, there are no prerequisites for a radical change in the situation in this country. In all likelihood, the war of all against all in this country will continue for more than one year, remaining in a stably smoldering state.

On the other hand, not only the Syrian, but also other regional conflicts have been eclipsed by the negative events taking place in the world since the beginning of the year. After all, the epidemic and economic crisis excites the inhabitants of most countries of the world more than the events in distant Syria. And in recent days, for the residents of the United States, riots that broke out in many cities of the country have been added to this. Oh, someone, and ordinary Americans are now definitely not up to Syria. But ordinary Americans are one thing, those from the United States were engaged in setting fire to another conflict in the Middle East.