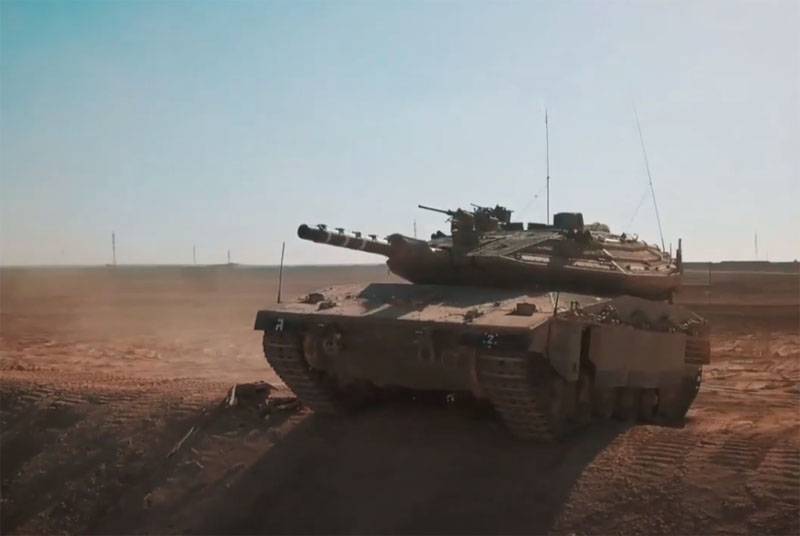 The Middle East press comes out with materials claiming that the Israel Defense Forces are concentrating forces and assets near the border with Lebanon. The relevant information is shared by the publication Middle East Monitor.


Messages citing local sources say that Israel sent to the Lebanese border Tanks Merkava. At least two Merkavas were deployed on the so-called Blue Line. In Lebanon, they say that this is the first such incident since 2006, when Israeli tanks crossed the Lebanese border to conduct military operations against the Hezbollah group.

Israel itself says that forces and assets have been pulled to the border in connection with the numerous attempts by militants from Lebanese territory to enter Israeli territory. It is noted that “numerous holes” were found in the barriers.

The problem is that the parties for a long time can not decide where exactly the border passes. What Israel calls its territory is often not ready to be considered as such in Lebanon.

It is noted that for their part, Lebanese army units also approached the border. Journalists report that Lebanese soldiers "meet" the Israeli military reinforcement at the border with anti-tank grenade launchers (RPGs). However, in this case, the transfer of military equipment to the border zone is not reported. There is no fighting at the border, but there is a "muscle game."

Some time ago, Israeli soldiers killed a Lebanese shepherd in the area of ​​Shebaa farms. In Israel, they say that he violated the border and did not respond to calls by the Israeli military to provide information about himself. In general, conflicting information comes about this incident. It is reliably known that Israel handed over the body of this man to Lebanon.

To reduce the intensity of passions, representatives of the peacekeeping group of the so-called UN Interim Forces arrived in the area where Israeli and Lebanese forces are concentrated.

Video with Israeli tanks on the Blue Line:

Ctrl Enter
Noticed oshЫbku Highlight text and press. Ctrl + Enter
We are
Reports from the militia of New Russia for 27-28 September 2014 of the yearInterview of Vladimir Putin with Radio Europe-1 and TF1
Military Reviewin Yandex News
Military Reviewin Google News
208 comments
Information
Dear reader, to leave comments on the publication, you must to register.