Why Russia most often fought with Turkey 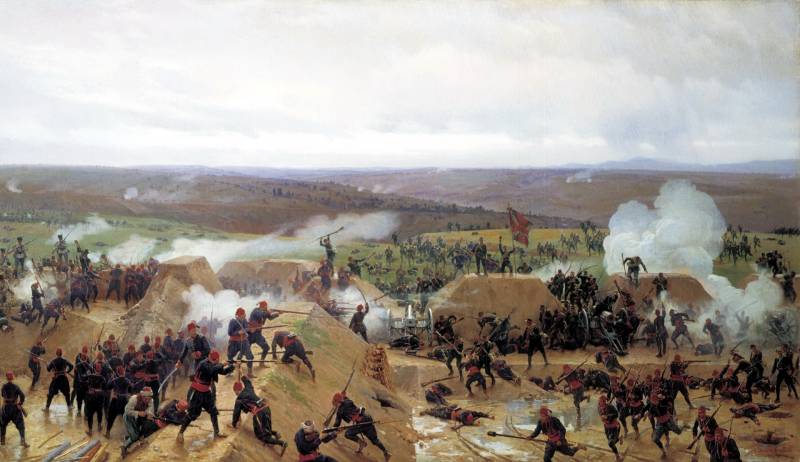 In the list of countries with which Russia has throughout its stories there was the greatest number of military conflicts, Turkey is confidently on the first line. 12 collisions (according to another version - 16) in less than 4 centuries - this is serious. Only Poland and Sweden, with representatives of which Russian soldiers converged on the battlefields also repeatedly, can “argue” with her. Why did it turn out so that most often Russia was forced to fight precisely with Turkey? What prevented the two states from living in peace and harmony?


The reasons are fairly obvious, even if they have some differences for different periods of confrontation. It began, in fact, with the fact that both countries represented empires that were at a developmental stage, which is determined by the desire for external expansion, the expansion of their own territories and, in modern terms, “spheres of vital interest”. Between Russia and Turkey lay such attractive regions as the Black Sea and the Caucasus, to which each country had its own views. Moreover, of course, they are absolutely mutually exclusive. And for dominion on the Black Sea itself, the struggle was not for life, but for death.

However, it is necessary to pay tribute to historical justice - the first is the Turkish side, the first aggressive actions and campaigns on clearly foreign territory began in the seventeenth century. In Istanbul, they sought to "take under the wing" the remains of the broken Golden Horde - Kazan, Astrakhan, and later the Crimean Khanate. Naturally, this was done not so much with the officially declared goal of “protecting co-religionists,” but with the aim of turning the territories they occupied into their own outposts into further seizure of the already original Russian lands. Such plans were not met by John the Terrible, who did not name himself emperor, but who was essentially an emperor ... they did not meet the slightest ... The Ottomans who arrived in the Russian kingdom with fire and sword were beaten and driven mercilessly along with their Horde allies.

The period of the XVIII-XIX centuries

The next period of large-scale wars, dating back to the XNUMXth century, to the “golden age of Catherine” was caused, in general, by the same contradictions: Russia sought to expand south, Turkey - to the north. The clash was inevitable also because all the previous time Istanbul was constantly trying to continue the same expansionist and aggressive policy aimed at establishing control over the territories of present-day Ukraine and Moldova, where the Turks were categorically not allowed. If only because they would not have stopped at these conquests, sooner or later trying to destroy the Russian state as such. It was perfectly clear that with such a "restless" neighbor, the issue needed to be resolved radically. What was done with brilliance by Minikh, Rumyantsev, Suvorov and other generals.

The Russo-Turkish wars of the 1828th century have a slightly different essence. It turned out that by this time the Russian Empire was on the rise, trying to occupy an increasingly significant place in European politics, the Ottoman Empire entered a period of apparent fading. It is impossible not to mention that a very considerable role in the frequency and severity of conflicts between countries was played by the fact that both of them not only had completely different state religions, but also positioned themselves as a bulwark of such at a regional level. The war of 1829-1877 was waged under the motto of the defense of Orthodoxy in the Caucasus, the campaign of 1878-35 was the salvation of our brothers in faith in Bulgaria, the battles were fought for the liberation of this country from the Ottoman yoke. As Bulgaria already behaved after 40-XNUMX years at the level of authorities in relation to the liberators, it is known ...

The Crimean War of 1853-1856 stands somewhat apart, during which Turkey, by which time it had already practically lost the status and ambitions of an independent geopolitical player, managed to defeat Russia, relying on the support of Western powers, frightened by the growth of influence and power of our country. The military operations of the Turkish troops against the imperial army during the First World War, however, can be attributed to the same category - except this time, the heavily shredding descendants of the Janissaries were again mercilessly beaten by our soldiers.

It just so happened that after more than a century, having passed since the last military clashes between Russia and Turkey, the likelihood of a military conflict between them again turned into a dangerous reality. At least there are forces in this world who would very much like to push Russia and Turkey against their foreheads again to weaken both one and the other. I would like to hope that both Moscow and Ankara are well aware of this, and conclusions have already been drawn.

Ctrl Enter
Noticed oshЫbku Highlight text and press. Ctrl + Enter
We are
A great interview with Sergey Lavrov: about Ukraine, Obama and IranWhat you didn't want to know about England
Military Reviewin Yandex News
Military Reviewin Google News
99 comments
Information
Dear reader, to leave comments on the publication, you must to register.