What can we expect from a strong ruble 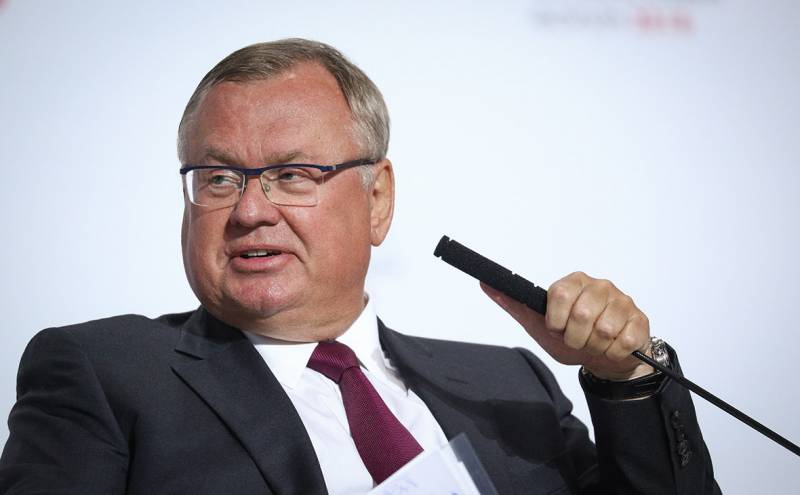 Who is responsible for the course

As of June 4, the US dollar depreciated to 68 rubles 62 kopecks. If you have not forgotten yet, in March, the ruble collapsed at a rate of more than 10 percent in a few days. At that time, almost 80 “wooden” ones were given for the dollar, and 85 for the euro. Which, however, did not stimulate the citizens too much to discount or buy up the currency.

The optimists, seated in the Central Bank and the Ministry of Finance, then were not too confident in declaring that all this was temporary, pessimists and on-duty critics of the liberal-economic bloc immediately voiced about the dollar exchange rate of 200 rubles. What can not disagree with the latter is that when the economy is almost entirely dependent on the foreign exchange rate, this under no circumstances can be considered normal.

But for the first time, only the default of twenty years ago helped citizens of modern Russia understand this. However, it was precisely after the default that settlements in cheaper rubles became not just more profitable, for many years ahead they became the norm. Oddly enough, the blows to the ruble exchange rate caused by the crises of 2008 and 2014, as well as sanctions, the country's economy experienced much harder.

But the pandemic and quarantine, which turned into tough measures to close the economy, first hooked the ruble. However, the main reason for the depreciation of the national currency was then considered by all to be the massive failure of the oil market. Now slowly but surely more expensive oil seems to be contributing to the growth of the Russian ruble.

Meanwhile, the Bank of Russia claims that unprecedented measures to limit uncontrolled cash injections into the economy are working in favor of a strong ruble. Admittedly, it is even good that two months of self-isolation almost completely saved the general public from worries about the ruble exchange rate. Now for people, stable prices are much more important.

But the strengthening of the ruble that we have been observing over the past weeks may well turn out to be a negative factor in terms of inflation. The fact is that it is accompanied by a significant increase in the money supply, which takes place contrary to all the statements of the financial regulator.

Despite all the difficulties that the recipients of anti-crisis amounts have, they are literally growing by leaps and bounds. We will not understand here who in the end turns out to be the recipient of subsidies, loans and credits, we note the main thing: money goes to the economy, which was actually forced to slow down. And the money is big enough. The big question is what and how they will be used.

If someone is now really accumulating capital in anticipation of a global redistribution of property, this, of course, is very dangerous. Yes, in this way the process of concentration of capital continues in the hands of a very limited circle of individuals and business structures. In fact, we are talking about creeping monopolization, and monopoly, as classics have warned, is the death of the economy.

However, throwing huge anti-crisis amounts into the masses, which a significant part of the opposition still requires, is much more dangerous. Dangerous, by the way, and taking into account the strengthening ruble. A strong ruble is, of course, a clear sign of financial stability. It is a strong ruble that now helps to reduce credit interest, although the notorious 2 (only two!) Percent per annum is nothing more than a propaganda bluff or, as it is fashionable to say, fake.

Moreover, this is a fake even taking into account the fact that another two-plus percent of these two basic ones is being thrown by the state in the form of subsidizing a reduced credit rate. One of the leading and structure-forming banks in the country, VTB, through the mouth of his leader Andrei Kostin, is now very cheerfully reporting that he managed to make happy more than 5,5 thousand companies with salary loans totaling over 31 billion rubles.

No less vigorously A. Kostin also reported on the start of a lending campaign at 2% for the purpose of business recovery. According to him, “she is the most attractive, because this money can not be returned to the company if they do not reduce their numbers. Already on June 3, VTB approved more than a thousand applications for 20 billion rubles. ”

It is unlikely that anyone will accumulate all these amounts, but they will not respond to inflation and the growth of the exchange rate just because the whole supply of money is very quickly absorbed by the commodity supply, which, in fact, is still excessive. With the beginning of the functioning of retail trade and services, the situation will definitely not get much worse.

Most likely, from the point of view of inflation and exchange rates, it will become even better. A vibrant consumer market will begin to suck out money from our pockets even faster. But for a population that, over two months of quarantine, which is highly doubtful in every sense, has lost a lot of income, there is practically no use for a good ruble exchange rate.

It seems that the Russians are now almost not worried that most experts have missed the forecasts for May. Then they, for example, Dmitry Golubovsky, the author of the acclaimed book "The Conspiracy of Bankers" and Alexander Razuvaev from Alpari, did not wait at all for the start of an increase in oil prices. But the start of the "printing press race" in the United States and the European Union predicted exactly. And this turned out to be another factor in favor of the “raw” ruble.

Finally, at the turn of May-June, events in the United States also worked in favor of the ruble, where dozens of cities plunged into real anarchy. It is interesting that those same analysts who missed the oil, now can not understand why stock indexes are growing, and the first thing they worry about stock players.

But after all, protests in the United States and demonstrations in Europe will end sooner or later, and business activity will begin to recover today. It is exactly the same in Russia: mask shows can last indefinitely, but everything that someone really wanted to “squeeze” and most likely “squeeze” should work. Otherwise, no one will have money, and why was there anyway to arrange all this? 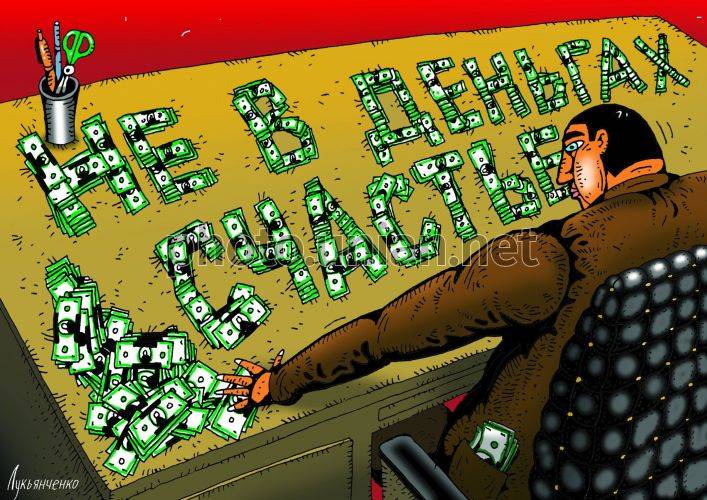 ... And what now experts will say

Airat Bagirov, an analyst at the expert analytical center of the Eurasian Commission, has no doubt that if positive decisions are made at the next OPEC + meetings, and all goes well, then the average annual price can be close to 40 dollars. And this is a definite positive for the Russian economy, which leads to a significant reduction in risks. It is not surprising that the ruble gained weight today. It should not cost more than 70 rubles today. And tomorrow too.

Natalia Milchakova, deputy head of the Alpari Information and Analytical Center, recalls that already in the first decade of June meetings will be held within the framework of OPEC and OPEC +, and the decisions made there will affect the price of oil, and hence the exchange rates. The Russian authorities will continue to implement measures to support business, but the main risks of the summer will be a possible new wave of COVID-19 and an escalation of tension between China and the United States, including sanctions against Beijing. Milchakova predicts the dollar in June in the range of 69–74 rubles, and in July and August - 67–77 rubles. The euro, according to her forecast, will be traded in the region of 76–81 rubles in the first summer month, and then before the beginning of autumn - 75–85 rubles.

Dmitry Artemyev, an expert at Finversia, is convinced that given the great difficulties and the unprecedented emission of dollars and euros, the ruble has no choice but to strengthen further. But since the Russian economy does not really need it, the Central Bank actually has its hands untied for an additional issue. Obviously, therefore, such a bold program was launched as 2 percent per annum.

VTB's analytical department believes that our ruble is still somewhat underestimated. The situation with oil really dealt him a serious blow, but the Russian economy has a significant margin of safety and strong macroeconomic indicators, which are unique in our country. No other state has a state debt level of 14-15% of GDP. In addition, Russia managed not to squander the NWF either.

“This week, investors will probably begin to reduce the volume of short positions in the ruble, but so far the volume of shorts remains high, the prospect of their reduction allows us to expect that this will support the Russian currency,”
- assured analysts at Societe Generale.

Artyom Kopylov from Alfa Capital Management Company draws attention to the fact that such a factor as zeroing outbound tourism and corresponding demand for foreign currency works in favor of a strong ruble. This is especially important now, because last year he deducted about $ 25 billion from the current account. 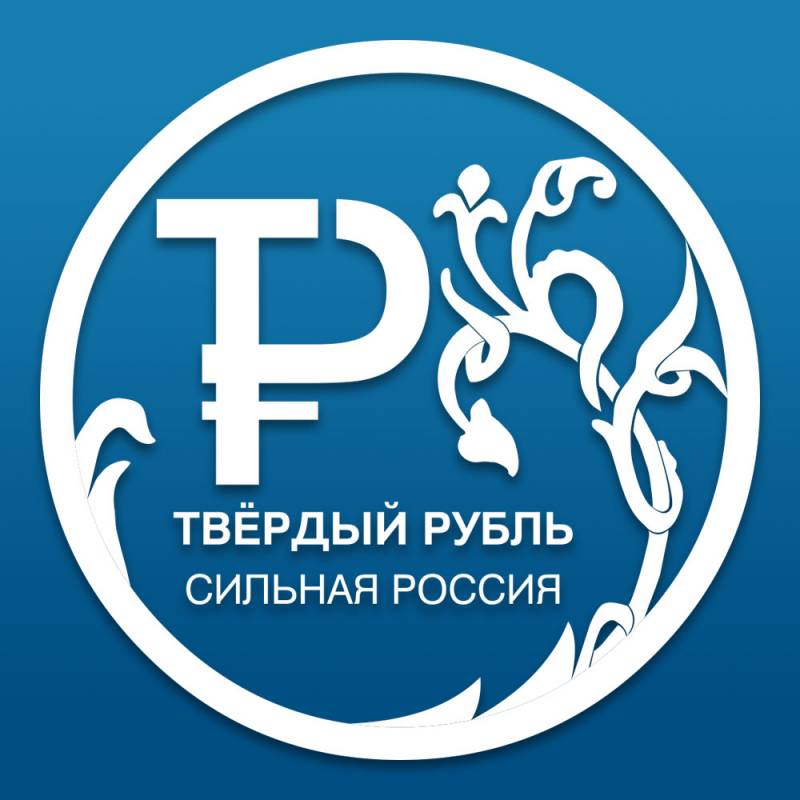 Ctrl Enter
Noticed oshЫbku Highlight text and press. Ctrl + Enter
We are
How do we build a strong Russian economy? Part of 2Bashar al-Assad: In Syria, not the “revolution” that the enemies are talking about, but the revolution of the army and the people against terrorists
Military Reviewin Yandex News
Military Reviewin Google News
89 comments
Information
Dear reader, to leave comments on the publication, you must to register.