"Different types of submarines": Forbes appreciated the renewal of the Russian submarine fleet 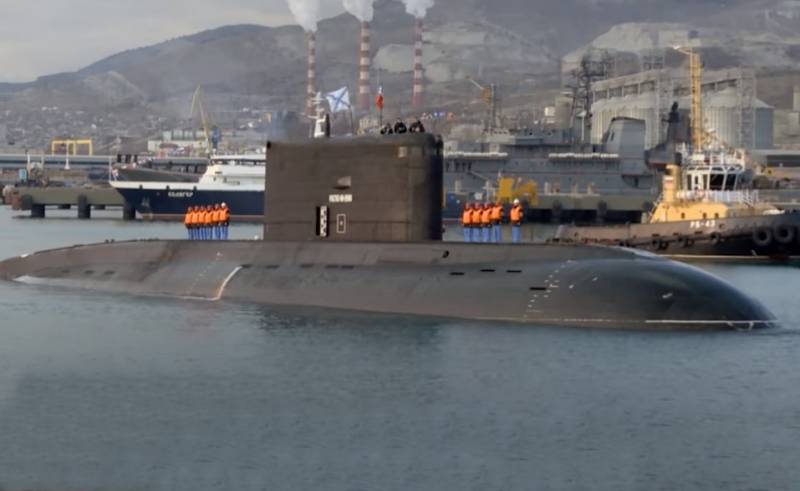 Russia and the United States have completely different approaches to equipping their fleets with submarines. Currently, the US Navy is building only one type of submarine class Virginia. In October, shipyards will begin laying submarines with ballistic missiles of the Columbia project, which will make the program for the construction of submarines double-type. At the same time, the Russian Federation is simultaneously building six different classes of submarines.

Despite budgetary difficulties and the delays caused by them, Russia is investing heavily in submarines. Together, these six types represent the greatest modernization [of the underwater fleet] since the cold war
- writes Forbes.

According to the publication, Russia traditionally has several types of submarines in service, each of which has a specific role. With the restoration of shipbuilding now being observed, a new fleet renewal program was launched, which inherited the former Soviet approach.

Russian shipyards produce submarines of project 955A Borey. It is expected that following the recently handed over to the Navy, Prince Vladimir, six more will be built, forming the basis of Russia's naval nuclear deterrence for the coming decades. Each submarine can carry 16 Bulava ICBMs.

After the famous Typhoon [Shark] class, Belgorod special-purpose submarines will be by far the largest submarine in the world. At the same time, according to Forbes, this giant does not lend itself to classification, being both a “special purpose” scout and a carrier of strategic weapons "Poseidon". Transported by "Belgorod" "Losharik" is able to interrupt cable communications laid along the seabed. The unique Poseidon nuclear torpedo is able to break through missile defense systems and seems to be the weapon of the second strike at the Day of Judgment. 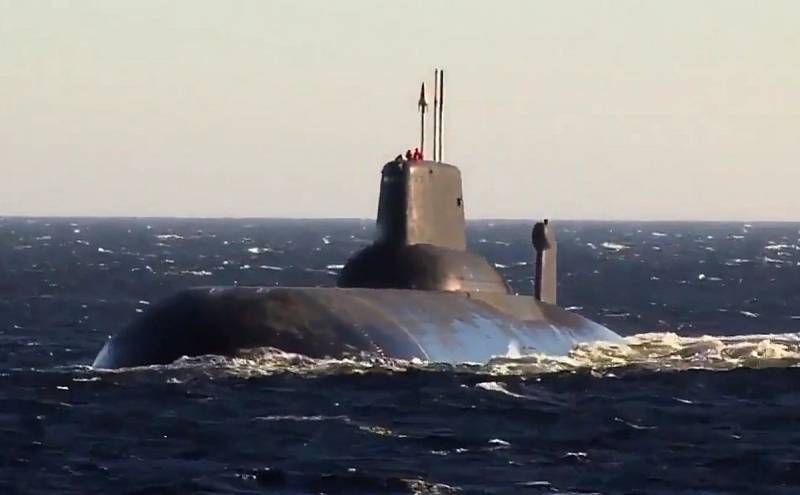 The strategic submarine of the Khabarovsk project is "the most mysterious submarine." It is expected that the submarine will be launched this month. There is very little public information about it. It is only known that it will carry six massive strategic Poseidon torpedoes.

The powerful submarine of the Ash-M project, armed with cruise missiles, has a reputation for stealth. It is armed with three types of cruise missiles that can be combined. "Caliber" is a missile designed to deal with ground targets, with a very long flight range, equivalent to "Tomahawk" of the US Navy. The larger Onyx is a supersonic anti-ship missile system capable of working on the ground. Smaller anti-ship missiles RCC "Zircon" can move at hypersonic speeds.

The Lada-class strike submarine is the latest generation of non-nuclear submarines built for the Russian Navy. Unlike the United States, Russia still appreciates the presence of a large number of small and cheaper non-nuclear submarines in its ranks. According to Forbes, in the future these boats will be equipped with VNEU, which some other countries have already achieved.

The Kilo-class advanced strike submarine [designation of the Halibut and Varshavyank in NATO] dates back to the 1980s, but improved models are still under construction. Recent versions can launch Caliber cruise missiles. Unlike the Ash project, they have to be placed in the torpedo compartment, so the submarine can carry only a few pieces.

Such a large number of different classes of submarines has its pros and cons. This approach is considered less effective, but equally, each type can be better adapted to its intended role. The massive spy submarine, like other classes associated with the Poseidon, perform roles that are unique to the Russian fleet
- concludes Forbes.

Ctrl Enter
Noticed oshЫbku Highlight text and press. Ctrl + Enter
We are
Laid the keel of the first Soviet-era icebreaker with a capacity of 25 megawattsThe Dangerous Future of US Strategic Forces (PetroleumWorld, Venezuela)
Military Reviewin Yandex News
Military Reviewin Google News
34 comments
Information
Dear reader, to leave comments on the publication, you must to register.