US intelligence success. For eight years they listened to the negotiations of the Pacific Fleet of the USSR 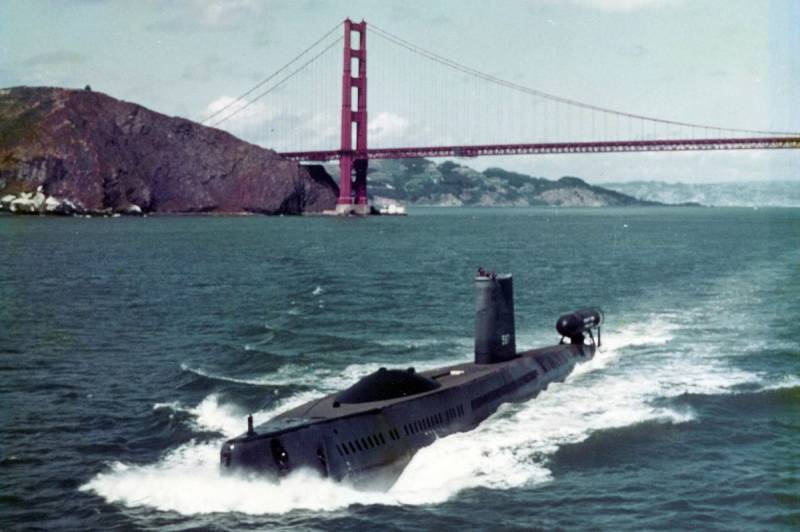 The Cold War gave the world several decades of confrontation between the two superpowers, which obtained intelligence information by any means available, including involving intelligence and specialized submarines. One of these operations ended for the Americans very successfully. For eight years, the U.S. military listened to negotiations between Pacific bases fleet USSR in Petropavlovsk-Kamchatsky and Vilyuchinsk and the headquarters of the fleet in Vladivostok.

A successful reconnaissance operation for the Americans with the search and connection to the submarine cable fleet, laid along the bottom of the Sea of ​​Okhotsk, was carried out with the involvement of the Halibut nuclear submarine, designed for special operations. The reconnaissance operation itself was called Ivy Bells (“Ivy Flowers”) and lasted from October 1971 to 1980, while NSA officer Ronald Pelton passed on information about the operation to KGB residents working in the United States.

The first attempts to obtain intelligence information about the USSR with the help of submarines by the Americans began in the late 1940s. True, the campaign of two US military diesel-electric submarines USS "Cochino" (SS-345) and USS "Tusk" (SS-426) to the coast of the Kola Peninsula in 1949 ended in complete failure. Boats that received modern equipment for electronic reconnaissance aboard could not obtain at least some valuable information, while a fire occurred on board the Cochino submarine. The Tusk submarine managed to come to the aid of the emergency boat, which removed part of the crew from the Cochino and began towing it to Norwegian ports. However, the Kochino boat was not destined to get to Norway, an explosion thundered aboard the submarine, and it sank. Seven sailors died, dozens were injured.

Despite the obvious failure, the US sailors and the US intelligence community did not abandon their ideas. In the future, American boats regularly approached the coast of the Soviet Union with reconnaissance missions both in the Kola Peninsula region and in the Far East, including in the Kamchatka region. Often, American submariners entered Soviet territorial waters. But such operations did not always go unpunished. For example, in the summer of 1957, near Vladivostok, Soviet anti-submarine defense ships discovered and forced the USS Gudgeon, an American special reconnaissance boat, to emerge. At the same time, Soviet sailors did not hesitate to use depth charges. 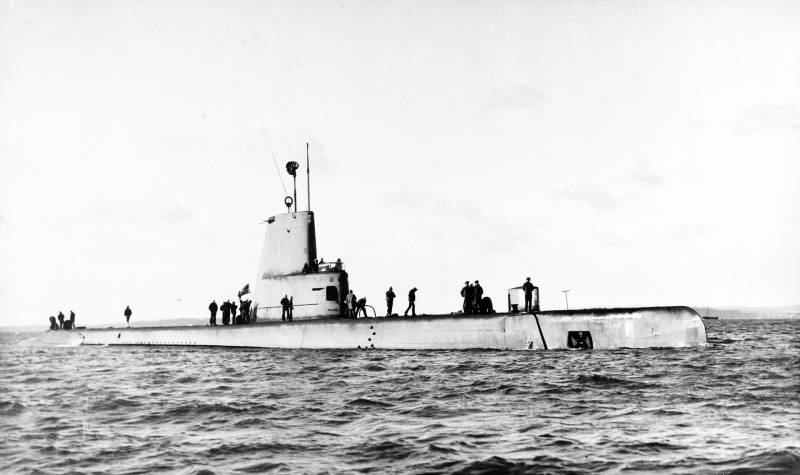 Submarine USS "Cochino" (SS-345), July 1949
The situation really began to change with the massive appearance of atomic submarines, which had much greater autonomy and which did not need to rise to the surface during the campaign. The construction of reconnaissance submarines with a nuclear power plant on board has opened up new possibilities. One of these submarines was the USS Halibut (SSGN-587), launched in January 1959 and accepted into the fleet on January 4, 1960.

The nuclear submarine Halibut (SSGN-587) became the only ship of this type. The name of the submarine is translated into Russian as “Halibut”. USS Halibut was originally created as a submarine designed to perform special operations. But for a long time it was used for test launches of guided missiles, and also managed to serve as a multi-purpose nuclear submarine with missile weapons on board. At the same time, in 1968, the submarine was seriously modernized and refitted to solve modern reconnaissance missions.

By modern standards, this is a small submarine with a surface displacement of more than 3600 tons and an underwater of about 5000 tons. The longest boat was 106,7 meters. A nuclear reactor mounted on board the boat transmitted the generated energy to two propellers; the maximum power of the power plant reached 7500 hp. The maximum surface speed did not exceed 15 knots, underwater - 20 knots. At the same time, 97 crew members could be accommodated on board the boat. 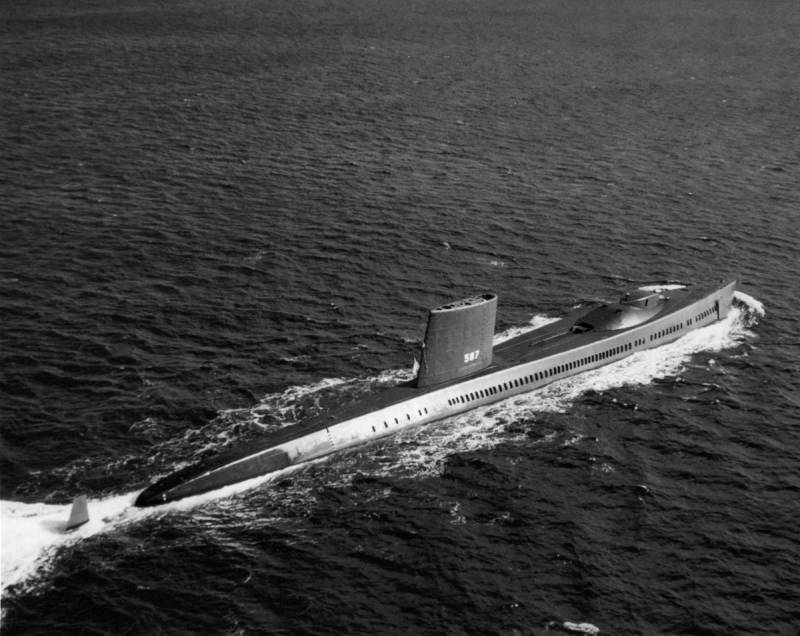 Nuclear Submarine USS Halibut (SSGN-587)
In 1968, the submarine began to be modernized at the shipyard Mare Island, located in California. The boat returned to the base at Pearl Harbor only in 1970. During this time, side thrusters, a near and far lateral sonar, a towed underwater vehicle with a winch, photo and video equipment on board, and a diving camera were installed on the submarine. Also on board the submarine appeared powerful and at that time modern computer equipment, as well as a set of various oceanographic equipment. It was in this reconnaissance version that the boat went many times to the Sea of ​​Okhotsk, carrying out reconnaissance activities, including in Soviet territorial waters.

In early 1970, the US military became aware of the existence of a wired communication line laid along the bottom of the Sea of ​​Okhotsk between the bases of the Pacific Fleet in Kamchatka and the main headquarters of the fleet in Vladivostok. Information was received from agents, and the fact of the existence of such a connection was confirmed by satellite intelligence, which recorded work in some areas of the coast. At the same time, the Soviet Union declared the Sea of ​​Okhotsk its territorial waters, imposed a ban on the circulation of foreign ships. Regular patrols were conducted in the sea, as well as exercises of the ships of the Pacific Fleet, and special acoustic sensors were placed at the bottom. Despite these circumstances, the command of the US Navy, the CIA and the NSA decided to conduct a secret intelligence operation Ivy Bells. The temptation to listen to underwater communication lines and obtain information about Soviet strategic nuclear submarines located at the base in Vilyuchinsk was great.

Specially for the operation, the upgraded Halibut submarine was equipped with modern reconnaissance equipment. The boat was supposed to find an underwater cable and install a specially designed listening device above it, which received the designation “Cocoon”. The device contains all the achievements of electronic technology available to Americans at that time. Externally, the device, placed directly above the marine cable, was an impressive seven-meter container of cylindrical shape with a diameter of about a meter. In its tail part was a small plutonium power source, in fact, a miniature nuclear reactor. It was necessary for the operation of equipment installed on board, including tape recorders, which were recorded negotiations. 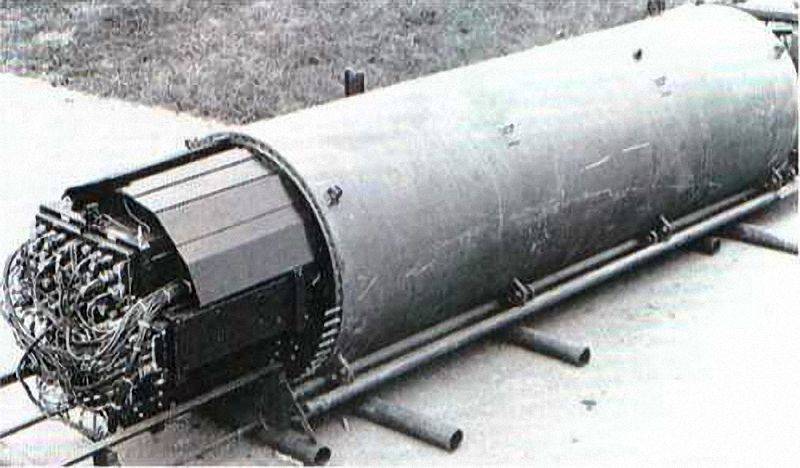 The same "Cocoon", which was placed above the underwater cable
In October 1971, the Halibut submarine successfully penetrated the Sea of ​​Okhotsk and after a while managed to detect the necessary submarine communication cable at great depths (from 65 to 120 meters in various sources). Previously, he was spotted by American submarines on electromagnetic radiation. In a given area, a deep-sea guided vehicle was first launched from a reconnaissance boat, and then divers worked on the spot, which they installed over the Cocoon cable. This unit regularly recorded all the information that went from the bases of the Pacific Fleet in Kamchatka to Vladivostok.

Let's not forget about the level of technology of those years: wiretapping was not conducted online. The device did not have data transfer capabilities, all information was recorded and stored on magnetic media. Therefore, once a month, American submariners had to return to the device so that the underwater swimmers would extract and collect the records by installing new magnetic tapes on the Cocoon. Subsequently, the information received was read, decrypted, and comprehensively studied. An analysis of the records quickly showed that in the USSR they were confident in the reliability and impossibility of wiretapping, so many messages were transmitted in clear text without encryption.

Thanks to reconnaissance equipment and the use of specialized nuclear submarines, the U.S. Navy for many years gained access to classified information that directly related to the security of the USSR and the USA. The US military gained access to information about the main base of strategic submarines of the Pacific Fleet.

Despite the fact that Operation Ivy Bells was one of the most successful intelligence operations of the US Navy, the CIA and the NSA during the Cold War, it ended in failure. After more than eight years of listening to the negotiations of Soviet sailors in the Far East, information about the reconnaissance equipment connected to the submarine cable became known to the KGB. Information on the operation Ivy Bells Soviet residency in the United States gave an employee of the NSA. 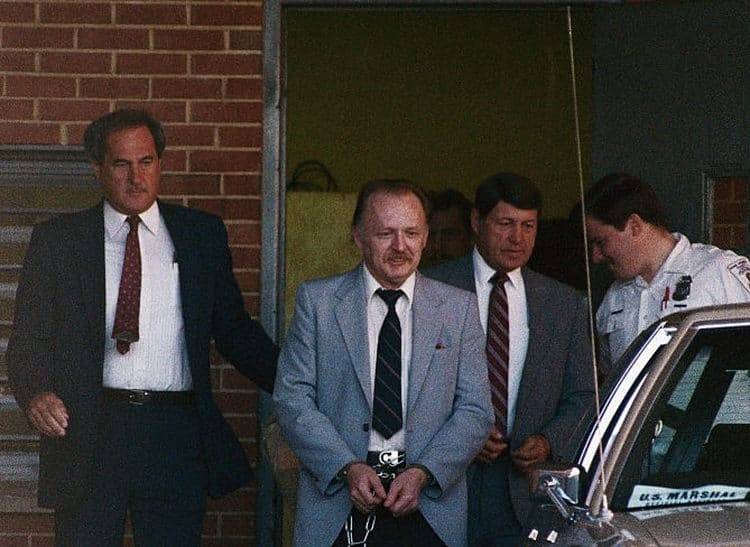 Ronald Pelton during his arrest in 1985
It was Ronald William Pelton, who in October 1979 did not pass the polygraph test, answering a question about drug use. The test was carried out as part of the regular certification and affected Pelton’s career, which was demoted, deprived of access to classified information, at the same time the monthly salary of an NSA employee was halved. Ronald Pelton did not want to put up with this state of things and in January 1980 he turned to the Soviet embassy in Washington.

Pelton, who had worked at the NSA for 15 years, shared valuable information that he had access to throughout his service. Among other things, he talked about the operation of Ivy Bells. The information received allowed the Soviet sailors in late April 1980 to find and raise to the surface the American intelligence equipment, the same "Cocoon". Ivy Bells officially put an end to intelligence operations. It is curious that Pelton received $ 35 from the Soviet Union for valuable information, this amount cannot be compared to the costs of the US budget for an intelligence operation in the Sea of ​​Okhotsk. True, the information received for many years by the American command was truly invaluable.