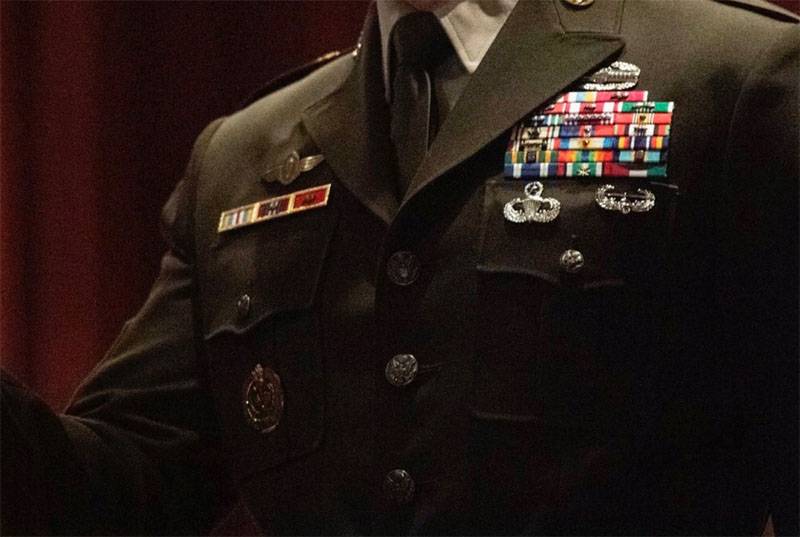 The United States in its military award system has a number of very specific features that distinguish them from the armed forces of other countries of the world. However, the main place in it is still occupied by the usual breastplates. We’ll talk about them today with you in more detail.


It was not by chance that I released the word “order” from a list of army insignia. In American military awards, the division into orders and medals is absent as such. The name of a particular award is given solely by its appearance. Moreover, there are differences in the variety of honorary badges that do not have a metal equivalent at all and are ribbons that are similar in appearance to the usual order straps. However, for medals, crosses and stars, such bars are also available. And also in almost all cases - reduced copies of the award, corresponding to its full-size sample. Wearing one or another option depends on the form of clothing.

The awards are divided into federal and military branches. Some insignia can be awarded to military personnel of both ground forces and soldiers of the Marine Corps, the Air Force, and the naval fleet and the National Guard. Many, however, are only for those who belong to a particular military formation. In addition to personal awards, many military men wear “collective” ones: unlike the USSR and Russia, if a unit receives a certain insignia, it does not attach to its banner, but is worn by all its personnel. Sometimes - only by those soldiers and officers who served in the unit specifically during the event for which the award was made. But only during the service in this unit.

Another significant point: the US military can be awarded the same award several times. But here you will not see the paintings familiar to us from photographs of the Great Patriotic War, depicting our heroes, others of which had three or four “identical” orders on their chests. Some detail (letter, number, laurel wreath or something else) is simply added to the award bar, indicating a rewarding. But the tradition when wearing is to have all honestly served insignia not in random order, but "in seniority", in the US Army it is present just like ours. 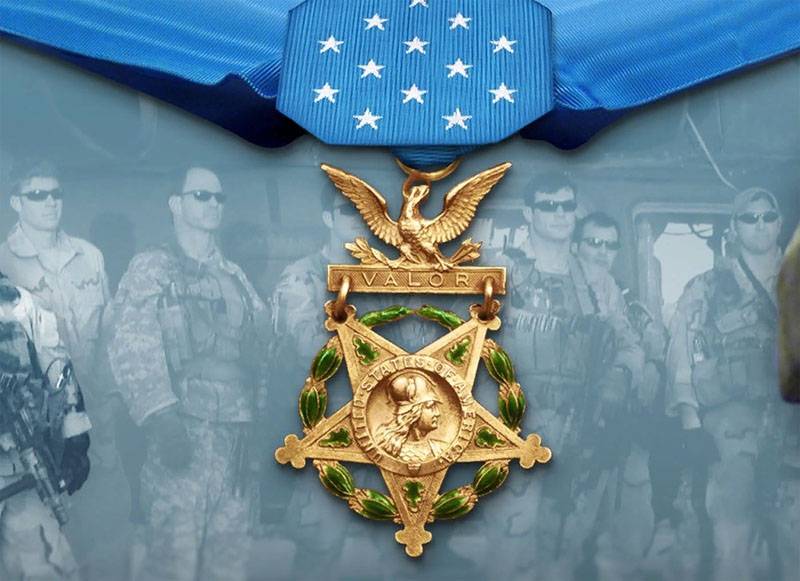 It is comparable in level with our Golden Hero Star. There are three options: Army Medal of Honor, Air Force Medal of Honor, Navy Medal of Honor (army, air force and navy). Established by Abraham Lincoln in 1862 and was originally intended only for soldiers. The award was extended to officers by the US Congress a year later. Awarded for the exceptional courage and heroism shown during hostilities. According to reports, the number of those awarded it is less than 2500 people.

The following are the Distinguished Service Cross, Air Force Cross and Navy Cross: respectively, the Cross of Outstanding Service and Crosses for the Air Force and Navy. In fact, there are three options for one award for different branches of the armed forces. Behind them is the Defense Distinguished Service Medal, which is the US Department of Defense medal for outstanding service. This is the same, but, of course, a lower rank. It is followed by the Distinguished Service Medal - just an outstanding service medal. “Closes” this Silver Star group of awards - something like our analogue of the medal “For Military Merit”. Characteristically, there are four degrees of this award, but US troops can only get the lowest of them. The rest is for foreigners.

Following are the awards: Legion of Merit, Purple Heart, Distinguished Flying Cross, Soldier's Medal, Bronze Star Medal and Joint Service Commendation Medal (Unified Medal of Commendation), which may be awarded to servicemen of both the army and the air force, the navy and the coast guard. There is also a distinction for long service - Army Good Conduct Medal, that is, an army medal of excellent service, as well as commemorative medals for participating in various military campaigns. An example is the Korean Service Medal and Vietnam Service Medal - medals for the wars in Korea and Vietnam.

The most, perhaps, the strangest US military award for us, I would call the Prisoner of War Medal (POW). Who and for what she is awarded, it is clear from the name. What can I say? Everyone has their own ideas about military prowess and exploits, but they don’t go to a foreign army with their award charter ...

Ctrl Enter
Noticed oshЫbku Highlight text and press. Ctrl + Enter
We are
"For service and courage" "He was given for courage and loyalty to his native land."Military orders and medals of the Soviet Union. Order of Glory
Military Reviewin Yandex News
Military Reviewin Google News
32 comments
Information
Dear reader, to leave comments on the publication, you must to register.