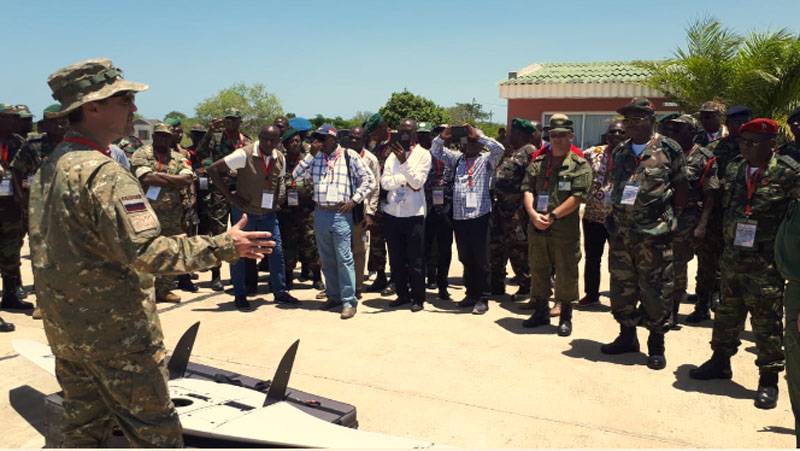 A few days ago, the American press published material in which the author pointed out that Soviet cartographers have so far failed to surpass anyone. "Military Review" informed its readers about this material on its pages - link.


It is important to note that active work on the creation of cartographic materials continues in modern Russia. At the same time, the experience and achievements of domestic cartographers are in demand far beyond the borders of the Russian Federation. Russia shares this experience during specialized meetings and conferences. In connection with the pandemic, interaction in this direction turned out to be curtailed, but before all this negative stories an event was held, about which in few places one could hear and find information.

In early March, in the capital of Angola, Luanda, a scientific and practical conference "Modern technologies for the operational creation of cartographic materials" was held. The conference was initiated by the Foundation for the Development of Geodetic Education and Science (at MIIGAiK). Chairman of the Board of the Fund, President of MIIGAiK, pilot-cosmonaut of the USSR, twice Hero of the Soviet Union, Academician of Sciences of the Russian Academy of Sciences - V.P. Savinykh wrote to the Minister of State and the Head of the Security Cabinet of the Republic of Angola, Pedro Sebastiao, with a proposal to organize and hold such a conference.

From the Russian side, the Office of the Chief Military Consultant of the Ministry of Defense of the Russian Federation abroad in the Republic of Angola dealt with organizational issues in Luanda. 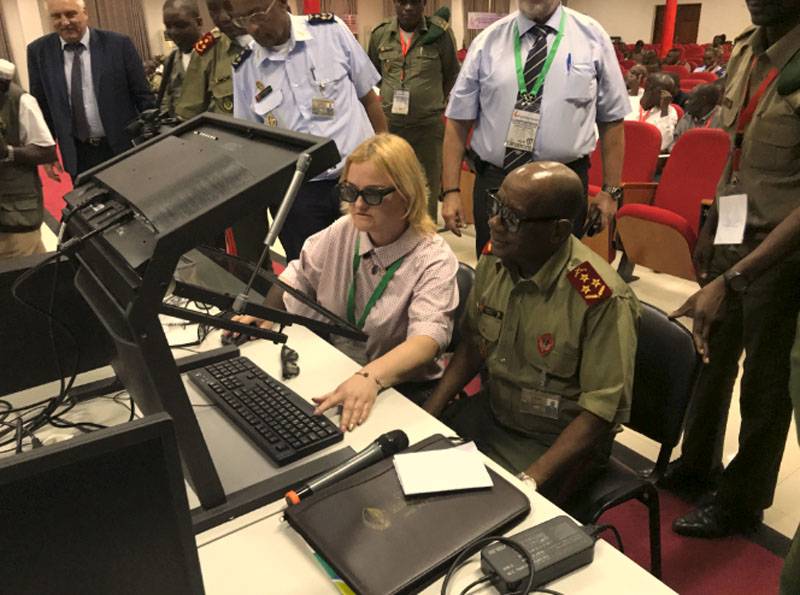 During the preparation, the business program of the conference was drawn up and agreed. The uniqueness of the format of this conference was as follows: 1. Only Russian developments and technologies were demonstrated 2. Over the three days of the conference, the full range of creation of cartographic materials was demonstrated (orthophotomaps, DEM, 3D terrain model) 3. The first day of the conference - theoretical familiarization of participants with Russian technology brought to Luanda. 4. On the second day, not only the operation (flights) of 4 types of drones was demonstrated (UAV complex for aircraft type SuperCam-350F (for aerial photography), UAV complex for aircraft type SuperCam-350 (for reconnaissance video), small UAV complex for aircraft type SuperCam -150F (for aerial photography), the UAV complex SuperCam-X6M2 (aerial photography), but an aerial survey of the area agreed upon with the Angolan side was also performed (more than 100 sq. Km.) 5. Aerial photographs were processed (Russian software) during the night and On the third (final) day, the materials received were shown to conference participants, and further work with these materials was also shown (also in Russian software). 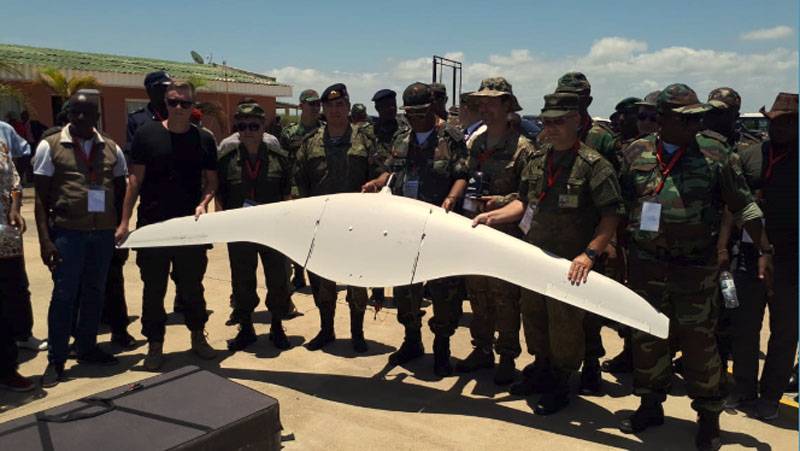 The conference was held in Portuguese. All presentations and handouts were prepared in Portuguese. The first and third days (theoretical) took place at the Higher Military School (VVSh), the second day (flights) took place in the brigade of special forces. The incredibly high level of the conference was due to the active participation of the Office of the Chief Military Consultant of the Ministry of Defense of the Russian Federation abroad in the Republic of Angola.

Summing up the results of the NSSH of the RA Armed Forces, it highly appreciated the level of Russian technologies presented and instructed subordinates to work out the issues of their delivery to interested institutions. In addition, he gave instructions for issuing an invitation to our civilian specialists to participate in their annual military exercises (to make them even closer to know in real conditions). Also, following the results of the conference, the National High School of the Armed Forces of the Republic of Armenia prepared a report to the President of Armenia. During March-April, the needs of some institutions were studied and commercial proposals for their supply were prepared.

But, as already noted, the pandemic began, and everything froze ...
Ctrl Enter
Noticed oshЫbku Highlight text and press. Ctrl + Enter
We are
Reports from the militia of New Russia for 27-28 September 2014 of the yearThe big press conference of Vladimir Putin
Military Reviewin Yandex News
Military Reviewin Google News
15 comments
Information
Dear reader, to leave comments on the publication, you must to register.