Crew Dragon spacecraft, and what about our “Eagle”: space competition 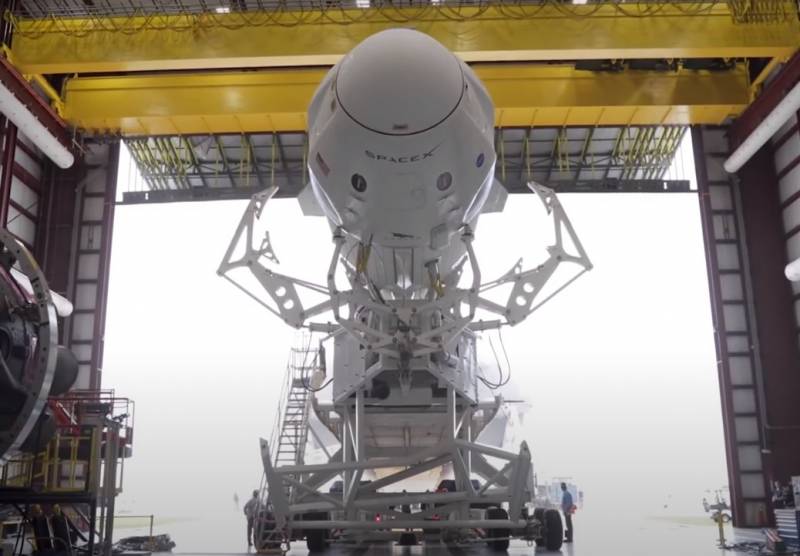 NASA and SpaceX continue to celebrate the docking of Crew Dragon with the ISS. For Russia, the independent flight of Americans to the International Space Station, as well as the launch of the world's first private spacecraft, is an occasion to seriously think about the future of the space industry.

NASA and SpaceX have something to celebrate

Crew Dragon Commander Doug Hurley has already managed to share his impressions of the flight from orbit. From the pages of NASA and SpaceX on Twitter do not go smiling faces of American astronauts. There really is a reason for fun, and it is very large-scale. No wonder NASA Director Jim Brydenstein on his Twitter made a statement not so much even on the topic of space, but political in content:

NASA has the unique ability to bring people together even in times of great difficulty. I hope that historical Bob and Doug’s mission on Saturday reminded us that we can achieve great goals when we come together as a nation.

Astronaut Chris Cassidy, in turn, emphasized the importance of international cooperation in space.

For a long time, many people in the world were convinced: Elon Musk was bluffing, but he was not so simple as they thought of him. The collaboration between SpaceX and NASA began back in 2008, and now, after twelve years, it brought such tangible results.

First and foremost, Americans can now deliver people to the ISS on their own, Russian ships are no longer needed for this. For Russia, this development of events is a potential loss of under $ 100 million from each American “passenger”. Given that usually 5-6 astronauts flied to the ISS, Roscosmos could potentially remain without an income of $ 400-500 million a year. 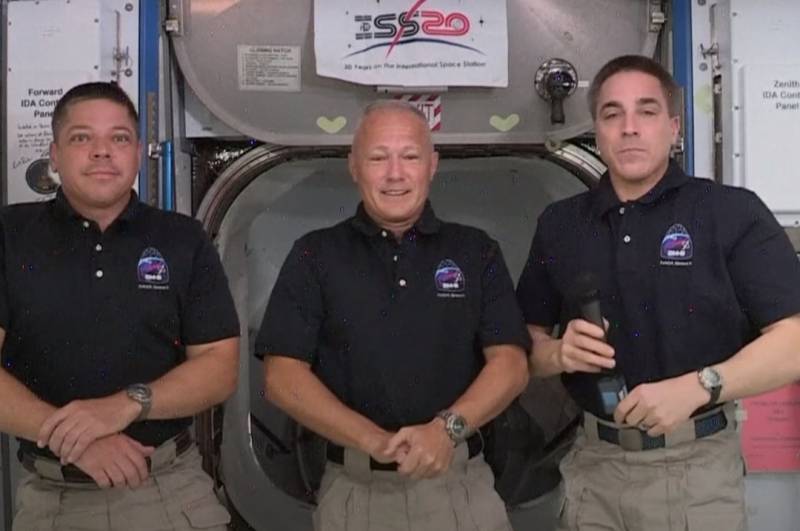 The second and no less important consequence of the Crew Dragon flight is that a private spaceship set off into space. And for NASA, this turned out to be cheaper than independently dealing with the delivery of astronauts. In the very near future, the Boeing spacecraft, which has long been on the heels of SpaceX, will inevitably fly into space. So far, the brainchild of Mask managed to get around the giant of the American aircraft industry, but who knows how events will develop in the future and who will begin to dominate the competition for space exploration.

Do not forget that the Crew Dragon in the final project is larger and more capacious than the “Unions”: potentially up to seven people. While there are fewer seats.

But since this is a commercial project, it costs nothing to organize constant flights of space tourists, which will be abundant among wealthy people and all kinds of "stars striving for the stars." What can Russia oppose to such a development of events?

Does Russia have a chance not to lose in space?

Soyuz spacecraft with incredible potential and reliability, but they are also becoming obsolete. The main hope remains the ship "Federation", aka "Eagle". In 2013, at the MAKS for the first time they showed the “Federation” model in plastic. Since then, "things are still there." At Roskosmos they promise, promise and promise, but even according to the most optimistic forecasts, the Eagle will fly into space no earlier than 2027. That is, wait seven years. And Crew Dragon is already in space. And Boeing's Starliner is also likely to fly in the foreseeable future. Cosmic competition is only intensifying. 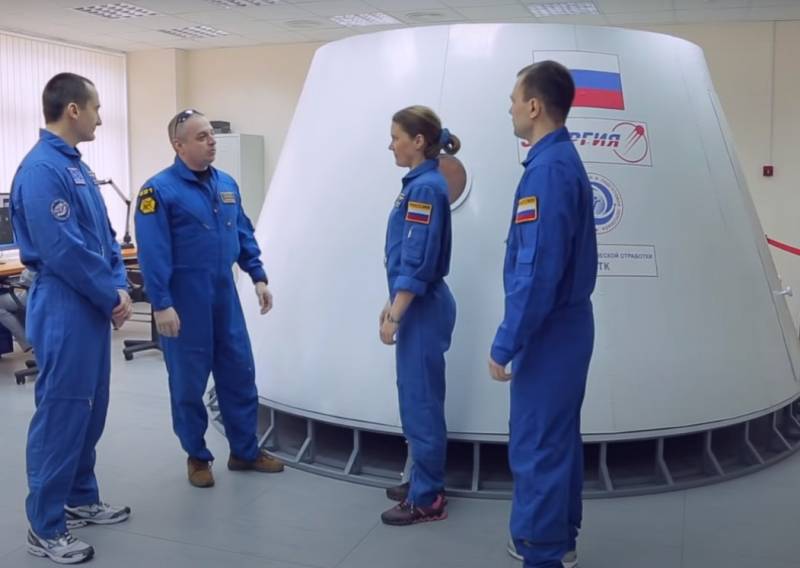 But the main thing is not even the timing of the Eagle flight, by which we are already far behind the Americans, but the lack of a clear space strategy. Alas, the systemic crisis that hit almost all the industries that modern Russia inherited from the Soviet Union did not bypass Roskosmos.

For a while, Russia was still leading due to Soviet developments, but everything comes to an end if we do not develop technologies, do not pay attention to basic scientific research, and allow brain drain to the same American corporations. Already now, according to experts, Russia has no choice but to offer partnership flights. This is when one American astronaut flies on the "Union", and ours - on the Crew Dragon.

One of the serious errors in the space direction is probably the overly militarized understanding of the space industry. The authorities are interested in “military space,” while the United States understands the importance and profitability of civilian space research and projects. The Crew Dragon flight experience is a great chance for Russia to rethink and reformat something, if, of course, it is really necessary.

True, the American “Dragon” has yet to prove its reliability. I flew to the ISS, now we need to return. This is no less difficult task in technical terms.

Ctrl Enter
Noticed oshЫbku Highlight text and press. Ctrl + Enter
We are
A great interview with Sergey Lavrov: about Ukraine, Obama and IranWhat you didn't want to know about England
Military Reviewin Yandex News
Military Reviewin Google News
197 comments
Information
Dear reader, to leave comments on the publication, you must sign in.