Combat helicopters over Washington, paratroopers and the 1st Infantry Division were introduced into the city 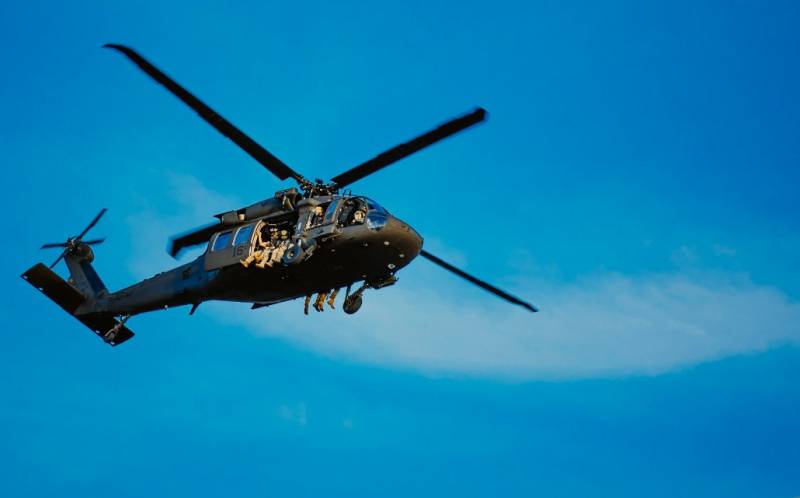 In the United States, riots continue. The time for protests was chosen very interesting - just when foreigners were banned from entering the country due to a pandemic. President Trump is angry, the troops of the National Guard are brought into the capital.


Starting with Minneapolis in Minnesota, where George Floyd was killed by police, mass protests swept other states and cities of the country. In Minnesota, it was necessary to use the national guard, since the police could not cope on their own. Then riots broke out in Los Angeles, and clashes began in Washington.

Donald Trump was furious: he scolded the governors, threatened with harsh measures and sent troops to the streets of American cities. No one expected this to happen in the United States. Riots because of the crimes committed by the police broke out before, but have not acquired such a serious scale for a long time. Curfews have been imposed in 25 major cities in the United States.

Meanwhile, military helicopters appeared in the sky over Washington and New York. Analysts at The Drive, Joseph Trevitik and Tyler Rogway, write that UH-72 Lakota and UH-60 Black Hawks helicopters were spotted over Washington, DC. They deliberately hover over groups of protesters, stunning them with the roar of engines.

Meanwhile, experts in the field aviation They say: such maneuvers are illegal, since they pose a direct threat to the security of citizens. One can imagine how many people will be killed if such a helicopter for some reason falls into the crowd. Who will be responsible in this case? Pilot? Or is it that high-ranking gentleman who today gives orders for the introduction of military units in American cities? 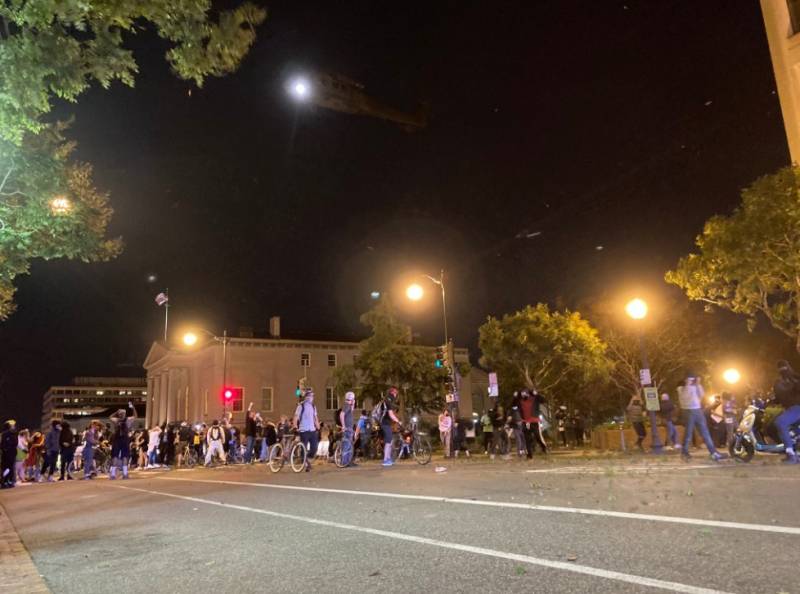 Journalists could not determine which US power structures include the helicopters circling over Washington. After all, both Lakota and Black Hawk are in service with both the US National Guard and the Armed Forces. Army helicopters, for example, could have arrived from an airfield in Virginia. But it is possible that the American leadership also involved units from more distant states. Also, some of the UH-60 may belong to the US Federal Bureau of Investigation.

Despite the curfew imposed in the District of Columbia, the use of helicopters against civilians is not legal. But the situation, apparently, is so serious that Donald Trump is no longer up to the rule of law and "human rights", which American politicians love to talk about in relation to other, "bad" states. In the USA, all are “good” - helicopters over people's heads and police officers attacking protesters. 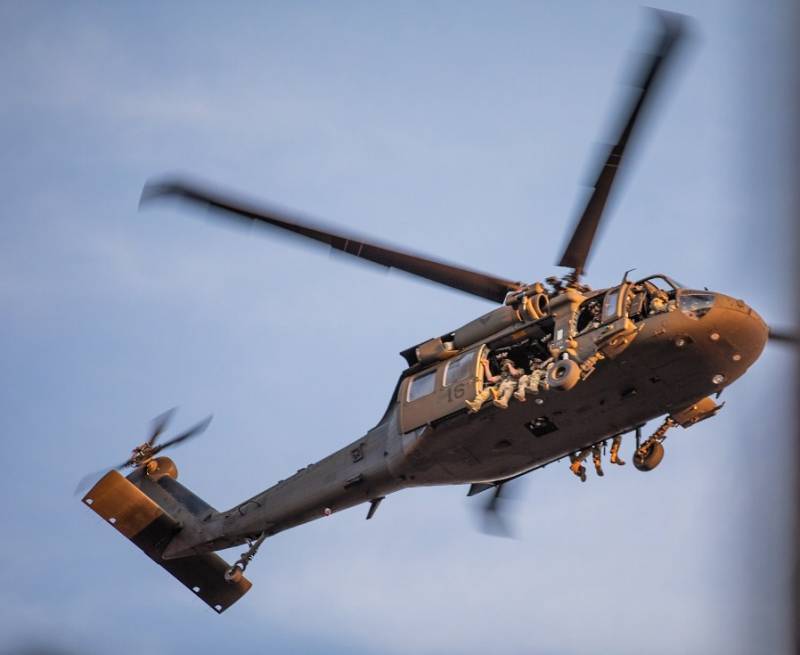 Information was also received on the transfer to Washington of units of the Immediate Response Force from the 82nd Airborne Division. They are deployed at a military base in Fort Bragg in North Carolina. Apparently, these paratroopers are part of those “thousands of soldiers” whose transfer to the capital was threatened by trump protesters.

Fighters of the Joint Command of Special Operations, servicemen of the 1st Infantry Division and the 10th Mountain Division are being transferred to the capital. But the introduction of units of the regular army indicates either that the authorities no longer count on the police and even the National Guard, or on the desire to intimidate the American citizen as much as possible so that he won’t even go out into the streets for protests. 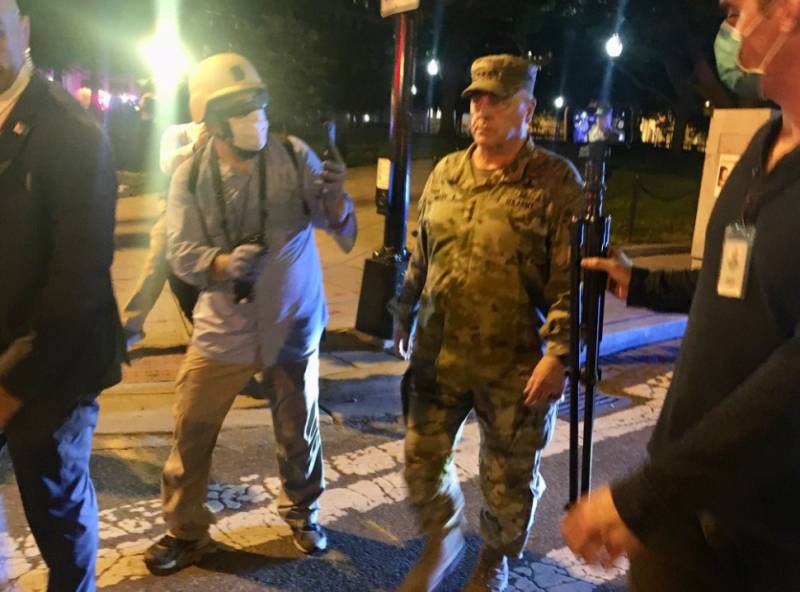 Interestingly, the US Army General Mark Milli, the chairman of the Joint Chiefs of Staff, was observed in Washington. In fact, this is the highest-ranking American soldier, given that the posts of ministers of defense and certain types of armed forces (in the US there are ministries of the army, air force, navy) are traditionally held by civilians. Note: it is not the police chief, nor the Minister of the Interior, but the chief of the general staff who is observing the actions to maintain order.

Donald Trump accused the network of anti-fascists, which has already gathered at the request of the Attorney General of the United States, William Barr, to be considered an internal terrorist.

Under antifascists ("antifa"), political scientists traditionally understand disparate groups, mainly youth in composition, with a vague leftist ideology - a sort of "explosive mixture" of anarchism, Marxism and libertarianism. Therefore, the announcement of the “antifa” as internal terrorists will make America think of the McCarthy “witch hunt” - the fight against communists in the 1950s. Trump is happy to bring the concept of “antifa” to the street base of his rivals - the Democrats. This will give the police and special services the opportunity to freely act against the left wing of the Democrats.


It is worth considering the fact that Trump will inevitably try to speculate, albeit not explicitly, on the racial and ethnic nature of the conflict: it is no secret that the main part of the participants in such unrest in the United States has always been young people of African American and Latin American descent. Against this background, in the eyes of prosperous WASPs, Trump, no matter how hard the democratic media tries, may appear to be the defender of the life and property of the white American middle class.

So, he can even get a certain benefit from everything that happens. The main thing is that the raging crowd more and more clearly associate with a prosperous layman with the democrats and their domestic politics.

There is another very interesting nuance: we have already mentioned above that entry into the United States is now temporarily closed. This means that foreign immigrants, various professional protesters wandering between countries will not be able to join the riots. But this is not the most important. The main thing is that the closed entrance is a minimum of foreign correspondents, social activists, and therefore a significant limitation of the information that the world will receive about events in the United States.