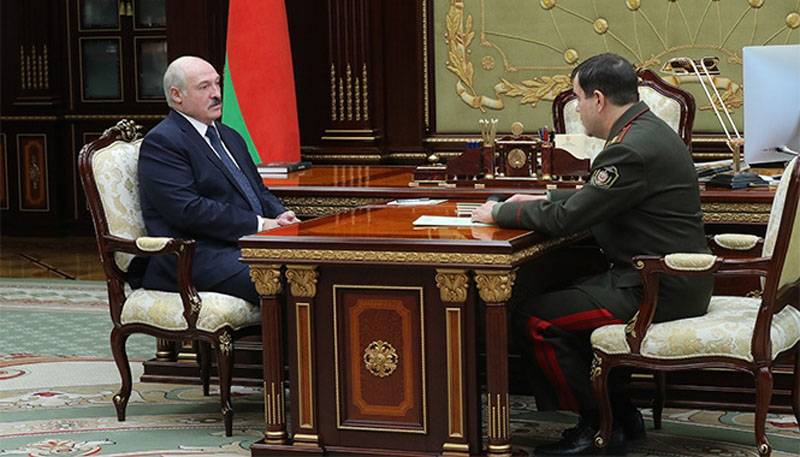 President of Belarus Alexander Lukashenko today met with KGB Chairman Valery Vakulchik. The topics and statements made during the meeting are reported by the president’s website.


According to Alexander Lukashenko, the Belarusian State Security Committee and the country's president have a leading role in ensuring security and protecting the sovereignty of the state.

At the same time, Lukashenko addressed issues of “revolutionary” scenarios for Belarus. The head of the republic announced the presence of forces that consider and work out such scenarios. The President of Belarus noted that there are "separate veterinarians" who pursue the goal of arranging a "maydanchik" in Belarus before the election of the head of state.

Lukashenko noted that these forces planned the implementation of the Maidan scenario and do not give up their ideas.

Head of the Republic of Belarus:

Lukashenko said that the situation may be different, but in Belarus “there are no Pashinyans, no Zelensky.”

But some of our people want to sell for a penny what was created not only by President Lukashenko, the government, but also by the people.
Lukashenko:

I say again: we will not allow destabilization in the country.

Ctrl Enter
Noticed oshЫbku Highlight text and press. Ctrl + Enter
We are
Reports from the militia of New Russia for 27-28 September 2014 of the yearYuri Drozdov: Russia prepared the role of the sacrificial calf
Military Reviewin Yandex News
Military Reviewin Google News
162 comments
Information
Dear reader, to leave comments on the publication, you must to register.