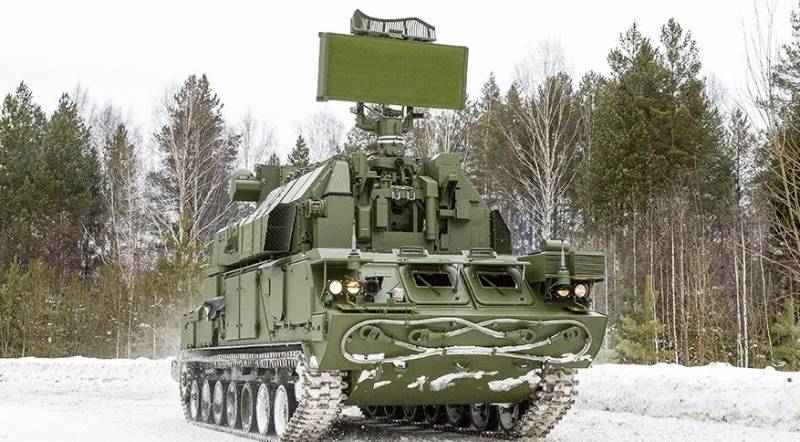 Military conflicts of recent years clearly indicate the increased role of UAVs in the organization and conduct of air raids. And the role of these air attack weapons continues to grow as their interception is further complicated. The point here, of course, is not in the pilot’s very lack of IOS data - in the end, the V-1 and V-2 were still drones. The fact is that modern UAVs “suddenly” began to possess capabilities disproportionate to the costs of their production and acquisition. They are capable of causing significant damage to ground targets and troops, being cheap and, accordingly, massive weapons. Attempts to counter them using powerful air defense systems and long-range and medium-range air defense systems are inadequate by the criterion of "cost-effectiveness". Shooting down “bayraktars” with one and a half-ton SAMs of the S-300 air defense system is like lighting a cigarette from a hundred-dollar bill. As a result, short-range air defense systems come to the fore as the most cost-effective shots. But their missiles are often too expensive to destroy compact and cheap UAVs. (Although, of course, the cost-effectiveness of defense equipment should be assessed not in comparison with the means of attack, but in comparison with the price of the guarded object.) The next step would be to use short-range anti-aircraft missiles, MANPADS and ZAK. But another problem pops up here - these systems have rather limited capabilities for reconnaissance of the air situation and the defeat of subtle and high-speed targets.

Short-range air defense systems come to the fore as the most cost-effective shots. But their missiles are often too expensive to destroy compact and cheap UAVs. 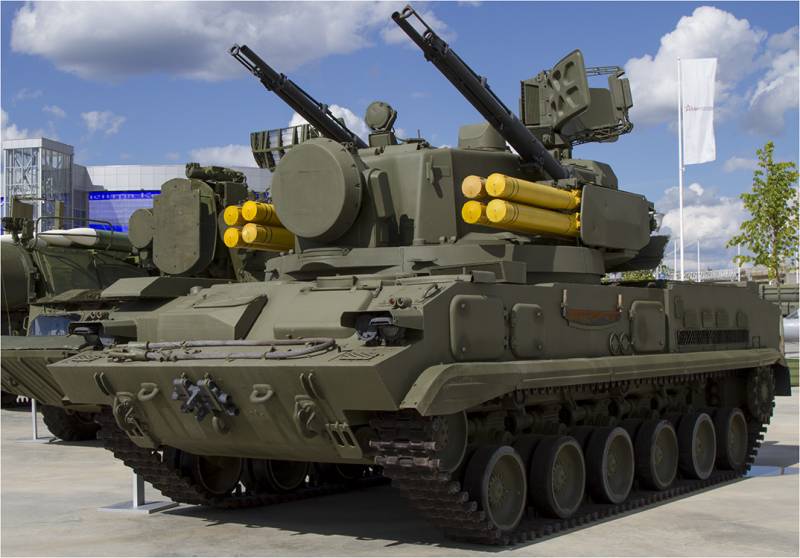 In a simplified form, the scheme of operation of the "link", consisting of 2-3 combat vehicles, is as follows:

The main work on reconnaissance of the air situation is carried out by the Tor-M2 air defense detection station.


Previously, such pairing could only be carried out by means of the “Rangir-M” battery command post or the reconnaissance and command module of the Barnaul-T KSA. This was justified only for battery formations and higher. Now it is possible to create compact heterogeneous units of 2-3 BM.

In this case, a wide range of tasks is solved. Airborne reconnaissance and target designation is carried out by the SOC of the Tor-M2 SAM, which is much more powerful than the means of detecting melee complexes and MANPADS. As a result, the weapons of the latter receive significantly more accurate information, which increases their effectiveness. The relatively expensive missiles of the MD complex are used only against the most dangerous targets, the rest are destroyed by cheap missiles of the "guided" short-range BM or artillery fire ZAK and ZSU. Induced by the principle of "shot-forgot" (using homing heads) MANPADS at the right time can significantly increase the density of fire in addition to using the radio command guidance method (much more accurate, but not always quite productive) SAM SAM. The "hybrid" link no longer requires BKP, which, firstly, makes it cheaper, and secondly, reduces the period of information exchange between BMs and, accordingly, increases the speed of response to a threat. It became possible to create a layered air defense system not only at the level of armies and divisions, but also at a regimental and even divisional level. If the Shilka-M4 ZSU or the prospective Derivation ZAK are included in the “link”, the hybrid unit gets the possibility of self-defense from ground forces, due to the proven effectiveness of ZSU combat work against unarmored and lightly armored ground targets and enemy manpower.

Among other things, the modernization increases the export potential of Russian air defense systems, since it makes them more attractive from an economic point of view for the "low-budget" armies of small countries. Moreover, there are no analogues in the world practice of the created system for interfacing the air defense systems of MD with short-range complexes. Foreign military attaches will be able to get acquainted with the increased capabilities of the Russian air defense missile systems already during the upcoming Army 2020 international military-technical forum.