The United States proposed to put nuclear weapons to Taiwan 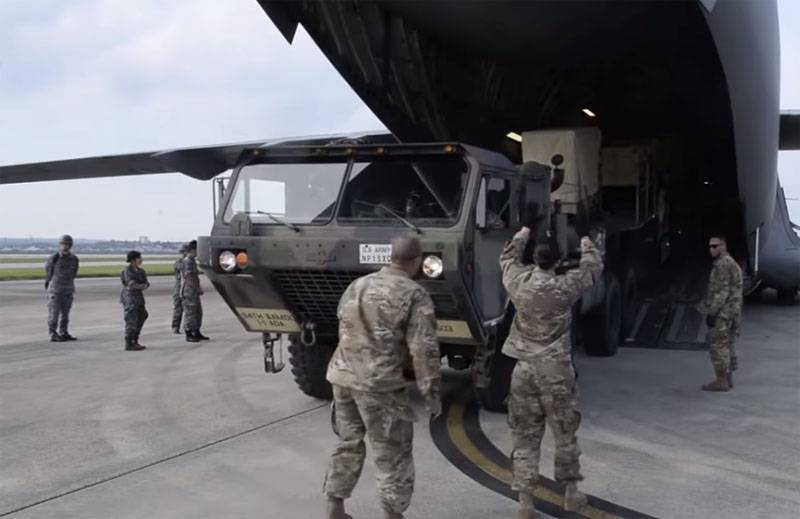 The American media published material that is dedicated to "Beijing’s tough policy towards Taiwan and Hong Kong." This is an article published in The National Interest by columnist Michael Rubin. Rubin writes that Chinese President Xi Jinping "has entered the warpath."


According to the American author, the Chinese authorities "canceled the 1984 Sino-British Joint Declaration, which guaranteed Hong Kong's special status."

Xi Jinping also provoked a major crisis in relations with India after the Sino-Indian war of 1962. He imprisons representatives of the Uyghur minority. He is building bulk islands in the South China Sea and involves the seizure of water and new land closer to the Philippines in order to steal marine resources.
The author further writes that China "may attack Taiwan." As "confirmation" of his words, Rubin cites a statement by the head of the PLA Joint Staff Division Li Tsuocheng, who stated his readiness to "use all forces to stabilize and control the situation in the Taiwan Strait." At the same time, Mr. Rubin is modestly silent about that, after which the PLA Joint Staff touched on this issue. It all started with the fact that American reconnaissance aircraft not only appeared over the Taiwan Strait, but also carried out refueling there in the air, without leaving this airspace for several hours.

The ruby ​​on the NI pages offers a "solution to the problem." According to him, Taiwan needs nuclear weapons. He states that "perhaps the time has come for the United States to remind Beijing of its dangerous actions, allowing Taiwan to become a nuclear power."

If intermediate-range nuclear weapons were delivered to Taiwan, it would acquire a sufficient deterrent to maintain stability, if not peace, in the Taiwan Strait, and would relieve the United States of the need to deploy several groups of its carriers.
In fact, this is a provocative proposal, which is aimed at violating the current international agreement on the non-proliferation of nuclear weapons.
Ctrl Enter
Noticed oshЫbku Highlight text and press. Ctrl + Enter
We are
US teases ChinaTo the question of the external expansion of the yellow dragon
Military Reviewin Yandex News
Military Reviewin Google News
40 comments
Information
Dear reader, to leave comments on the publication, you must to register.