Snorted All the Way: US Astronauts Tells Crew Dragon to ISS 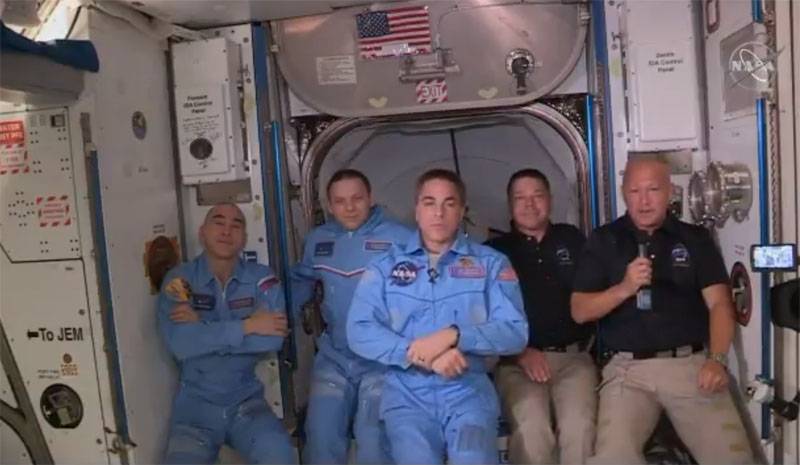 Yesterday at 17 p.m. launched from Cape Canaveral on May 16 using the Falcon 30 launch vehicle, the manned spacecraft Crew Dragon successfully docked to the International Space Station, bringing American astronauts Douglas Hurley and Robert Benken on board. Of course, this is primarily the triumph of SpaceX owned by Elon Mask. However, it is also a major victory for the United States, which took a big step in the space race.


The docking was controlled by automation, which performs almost all the functions of the Crew Dragon, for which the presence of a person at his “helm” is not necessary: ​​like any brainchild of Mask, this spacecraft is as “smart” as possible for a machine. Space travelers, who previously flew both on Space Shuttle and on Soyuz, have already shared their impressions of the new technology. According to Doug Hurley, he was counting on a “smoother” flight compared to Space Shuttle using solid-fuel boosters. However, these expectations did not materialize - the separation from the Falcon 9 was "pretty tough", albeit with "acceptable" overloads. 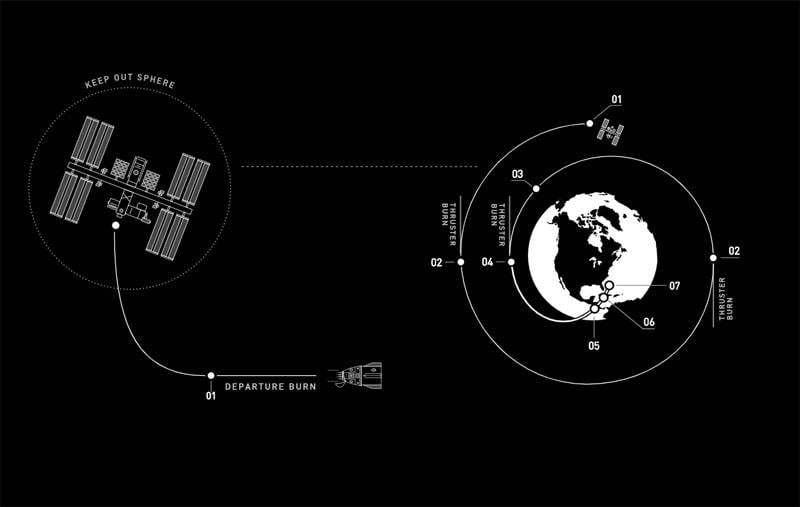 In turn, Robert Benken joked about the fact that Crew Dragon “snorted and puffed all the way into orbit”, which surprised astronauts who “could not understand who was lucky.” But in general, according to astronauts, the flight was "pretty lively", and the "rigidity" was not so great. Before arriving at the final point of the route, they were even able to "relax and sleep." The meeting in orbit was quite successful, and guests, moving to the station, replenished the current crew of the ISS, consisting of Russians Anatoly Ivanishin and Ivan Wagner, as well as US citizen Chris Cassidy.

They will spend approximately one to four months in this company, after which Crew Dragon will have to return its passengers home to Earth. Only then will it be possible to speak with confidence about the successful completion of the current Demo-2 mission, which will mean that the United States again has its own manned ships. Recall that the Demo-1 mission, during which Crew Dragon traveled to the ISS without a crew, went through quite normally.

Most likely, the current flight will also end. What will this mean? First of all, Russia's loss, albeit not of such a long, but absolute monopoly on manned space flights. We will remind, earlier, for 9 years after the termination of the Space Shuttle program, astronauts from the USA were forced to get into orbit exclusively at our Soyuz, paying very impressive amounts (approximately $ 90 million for each).

At Roskosmos, by the way, they have already commented on this moment, and in a very positive way. The official representative of the state corporation Vladimir Ustimenko advised everyone not to make of this tragedy and not to cause “hysteria”.

Now, in order to get into the orbit of the Earth, there is not one transport system, but two, and this is wonderful! ”
He commented on the success of the Americans.

Well, the first successful manned flight of the Crew Dragon, committed not to anywhere but to the Russian ISS, could well become the starting point of the new head of Russian-American cooperation. Perhaps it will. The only thing that is very alarming in this regard is the words of US President Donald Trump, which he said after the successful launch on May 30:

Now we will soon land on Mars, and we will have the greatest weapons imaginable! ”
If the matter develops in this vein, it is unlikely that consideration of plans for space exploration in this vein will lead to something positive.

This is the first time in human history @NASA_Astronauts have entered the @Space_Station from a commercially-made spacecraft. @AstroBehnken and @Astro_Doug have finally arrived to the orbiting laboratory in @SpaceX's Dragon Endeavor spacecraft. pic.twitter.com/3t9Ogtpik4