Reflecting a Massive UAV Attack: Tactical Issues from the Experience of Syria and Libya 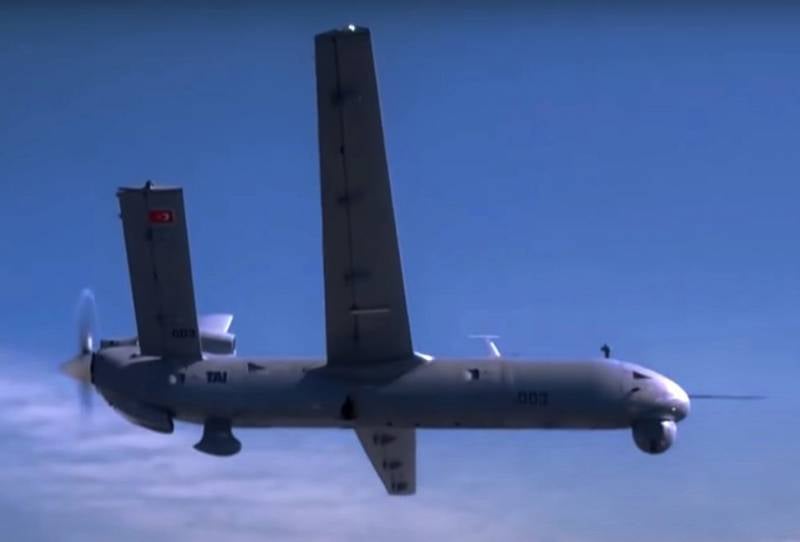 The experience of modern wars in Syria and Libya shows that unmanned aerial vehicles play an increasingly active role not only in reconnaissance, but in striking at enemy positions. Especially actively uses drones Turkey. UAV attacks have already become her "trick".

Was there a "swarm"?

Foreign experts have long paid attention to the active use of drones by the Turkish armed forces. Thus, Charles Lister, program manager for the study of extremism and counterterrorism at the Institute of the Middle East of the USA, describing the Syrian campaign of Turkey, noted that she fights mainly with the help of UAVs, supporting their actions with artillery fire.

In Idlib, Turkey used two types of unmanned aerial vehicles: operational-tactical Bayraktar TB2 and multi-purpose TAI Anka. The new tactic was called the "swarm of drones" and allowed to cause serious damage to the Syrian army. At first, the Syrian ground forces almost daily suffered heavy losses from the actions of Turkish UAVs.

However, the latter circumstance was caused more likely by the low level of organization of the SAA military air defense. And, strictly speaking, can one call a “swarm” of simultaneously flying 5-6 drones? Therefore, some experts generally doubt that we can talk about some kind of "swarm" of drones. “Bayraktars” are not so cheap in production to be thrown into the attack with a swarm of them. The swarm is not a swarm, but the same 5-6 shock UAVs today still bring a certain effect on the theater of operations.

Subsequently, the use of Turkish-made UAVs again showed high efficiency during the fighting in Libya, where the Turkish-supported forces of the Government of National Accord Faiz Saraj fight the Libyan National Army of Marshal Khalifa Haftar.

Destruction of an LNA Haftar pickup by a Turkish UAV
But here, unlike Syria, the troops of Khalifa Haftar were ready for drone attacks. This also explains the drift of the targets of the UAV attacks: if the Bayraktars attacked in Syria tanks, armored vehicles or vehicles of the Syrian ground forces, as well as fortifications, in Libya, Turkish drones attacked, in addition to their usual targets, tracking stations and electronic warfare systems (EW) of Russian production, which are in service with the Haftar army.

Particularly effective in countering drone attacks were demonstrated by Russian-made Pantsir-C1 air defense systems, which are in service with the Haftar army. They destroyed a large number of Turkish drones, which made it possible to reorient the UAV attacks on the Pantsir-C1 air defense system itself, which the Libyan military could withdraw in a single version literally in the middle of the desert, turning them into real targets.

For example, during the capture of Al-Vatiya airbase, which played an important role in the communication of the Haftar’s LNA, by the faithful PNS, one of the “Shells” was destroyed, which Tripoli representatives triumphantly declared.

Also, a video appeared on the network of the alleged destruction of the Krasukha electronic warfare complex by a Turkish drone. However, the staff make very seriously doubt the veracity of Turkish sources. See for yourself:


In addition to the "Shell-C1", Buk-M2E air defense systems demonstrated good effectiveness in the fight against Turkish drones. Only in the battles in the province of Idlib, they shot down dozens of Turkish drones. Such a failure even forced Recep Erdogan to seek help from NATO in conducting intelligence on the Russian air base Khmeimim, and this says a lot.

But the benefits of a drone attack are obvious. And they are based on the effect of surprise. For example, two military vehicles follow without proper air defense cover, and here it is - an air strike.

If large columns, especially military facilities from drones, are quite easy to close using air defense systems and EW capabilities, then just with small groups of military, small roadblocks, everything is bad. How to protect them from drone attacks is a pressing issue that needs to be addressed.

So far, the tactics of countering reconnaissance drones have been tested in the Russian army. For this, special groups were created consisting of air defense, electronic warfare and sniper pairs from Igla MANPADS. MANPADS calculations were located at a distance from the leading edge to strike UAVs before they completed their mission. If MANPADS could not destroy UAVs, ZSU "Shilka" entered into business. Such tactics have been tested in exercises in the Eastern Military District. 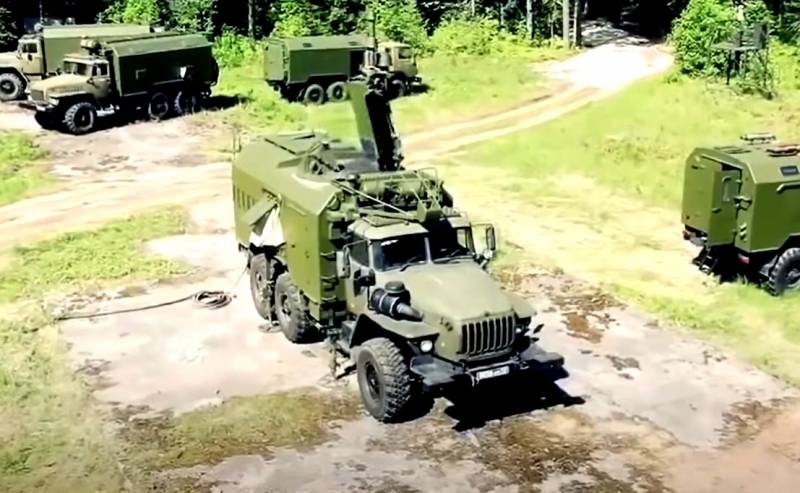 Other methods are effective against the so-called “swarm”, namely, radio-electronic suppression, including a “noise screen”. The electronic warfare system "Krasuha" jamming UAV control signals within a radius of 300 km. Then the “Shell” comes into action, but it works on drones not with expensive missiles, but from a twin 30-mm gun, if the target's height allows it.

Thus, the effective interaction of modern electronic warfare systems and air defense systems is the main basis of tactics that can neutralize even a massive attack of enemy drones.

Ctrl Enter
Noticed oshЫbku Highlight text and press. Ctrl + Enter
We are
Situational analysis of the death of the MH17 flight (Malaysian Boeing 777), made on the basis of engineering analysis from 15.08.2014Syria: Americans scare themselves, and Asma Asad buys chairs
Military Reviewin Yandex News
Military Reviewin Google News
77 comments
Information
Dear reader, to leave comments on the publication, you must sign in.