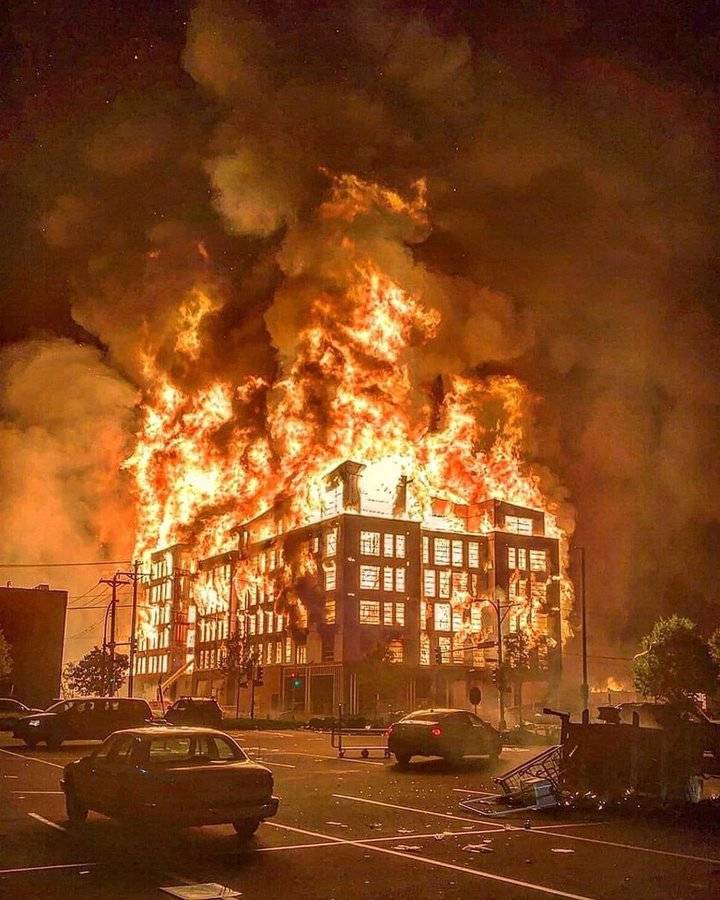 The new Great Depression, like the previous one in the 1930s, inevitably passes into the stage of aggression. The epidemic of fear is moving to a new level, to an epidemic of violence, uprisings and wars.

The epidemic of aggression

Operation Virus dealt a powerful blow to the foundations of capitalism, consumer society, globalism, liberalism, and the republican form of government. At the same time, she revealed the degree of destruction of biblical and Quranic civilizations, where the clergy offered almost no resistance to the widespread closure of temples and shrines. The “golden calf” society with the priority of human rights and pleasures turned out to be higher than “spirituality”. Consumer society, the “golden calf”, where materialism, money, personal benefits and pleasures are the priority, made people weak and could not stand the blow of the epidemic of fear that gripped the world community.

However, fear, depression, apathy, a wave of bankruptcies, mass unemployment, a surge of mental and chronic illnesses are followed by a wave of aggression. Most often spontaneous, but having a number of old wounds and premises. In particular, it shows a riot in the US Minneapolis. Where the unrest began due to the death of a black American. It is too early to talk about a massive uprising in America, but the situation, as recent months have shown, can develop rapidly.

The coronavirus has been used to create waves of fear across the planet and as a limited version of World War II. No bombing, missile strikes tank avalanches. But the effect is about the same. From 10 to 20% of the world economy by the end of the year will be destroyed. The level of consumption and living fell sharply, millions of people were left without work and prospects. Already millions of people are starving, others are at risk of hunger. Economic depression will kill millions: hunger, lack of normal medical care, exacerbation of chronic diseases, a wave of suicides, depression and stress that undermine people's immunity, alcoholism, drug addiction and much more. The epidemic has shown an extreme degree of degradation of governance structures around the world. The authorities make wild, irresponsible, idiotic and suicidal decisions.

Obviously, outbreaks of violence, both spontaneous, like Minneapolis, and quite organized, like increased military operations in Libya, will occur more often. It is also clear that someone will want to use the “window of opportunity” to strengthen their position. Like Erdogan in Syria and Libya.

Fear, poverty and the inability to manage the authorities, which can do nothing to restore the economy (and most often by their actions only exacerbate the situation), caused a wave of hatred towards the rich. So, in the news report that populations around the world have become even more impoverished, but a handful of the world's and Russian rich have become even richer during the collapse of recent months. This makes a social explosion inevitable. Social outbreaks, uprisings and revolutions around the world during the Great Depression 2.0 will become commonplace.

Also, economic depression will seem to many politicians a “window of opportunity”. Local and regional competitors are weakened, the US is busy with its problems. Therefore, a new escalation in the Middle East is inevitable. Hence the active actions of Turkey in Syria and Libya. Erdogan is building a new Ottoman Empire. In July, Israel plans to annex part of the Palestinian West Bank. Trump, with his "deal of the century," supports these actions. And this inevitably leads the region to a new large-scale conflict. Israel with the support of the United States may begin expansion, which will cause a response from Syria and Iran. Tehran has already reacted harshly. On May 22, Al-Quds (the Arabic name for Jerusalem and the Islamic Revolutionary Guard Corps unit), Iran’s Supreme Leader Khamenei, referring to Israel’s plans to annex the land in Palestine, said: “The Zionist regime will not survive and will be destroyed!” A tough reaction from the Arab and Muslim worlds is inevitable.

It is also necessary to remember that the "black caliphate" was never destroyed, but only went underground. With the intensification of negative trends in North Africa, Syria and Iraq, the jihad army will undoubtedly emerge from the shadows. There is also the possibility of an attack by the “caliphate” in Afghanistan and further north, which threatens the interests of Russia and China.

Another powerful point of tension is the Asia-Pacific region. The United States has appointed China to blame for the start of the epidemic, from which the global economy collapsed. More than 120 countries supported Washington in the investigation of the origin of the virus. Trump said the United States has evidence of the artificial origin of coronavirus from Wuhan's laboratory. The American Secretary of State Mike Pompeo spoke about the same thing. In fact, a new anti-Chinese (following the example of the anti-Hitler) coalition is being formed. China wants to blame the epidemic and economic collapse. Already billed. Beijing is accused of killing tens of thousands of Americans and hundreds of thousands of people around the world. In Washington, they believe that the coronavirus pandemic caused damage to the world in the amount of up to 9 trillion. dollars, said Secretary of State Pompeo.

It is clear that the United States itself does not want to fight with China. But they will continue to put pressure on him politically, economically, with the help of neighbors, and they are already doing it, forcing Beijing to "peace" on American conditions. In particular, from here aggravations with Taiwan and Hong Kong.

Ctrl Enter
Noticed oshЫbku Highlight text and press. Ctrl + Enter
We are
The world we leave, the world we enter, and the world between themOn the other side of the “red” and “white”. Izborsk Club Report
Military Reviewin Yandex News
Military Reviewin Google News
86 comments
Information
Dear reader, to leave comments on the publication, you must to register.