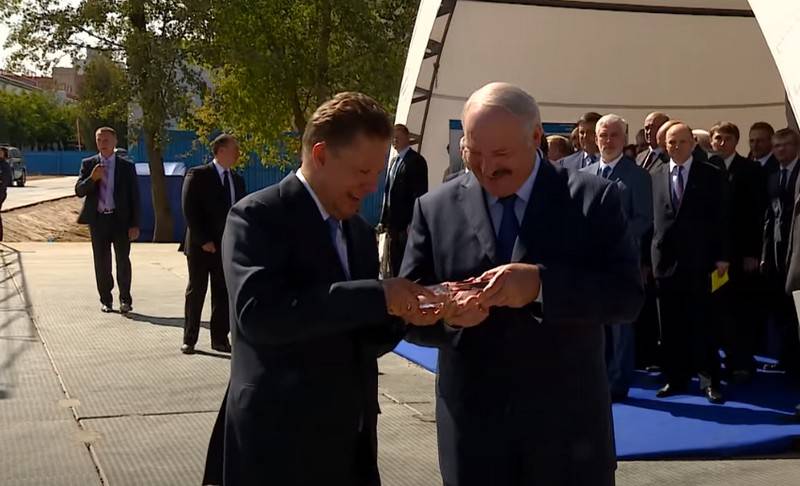 The Russian Gazprom is ready to negotiate with Belarus to lower gas prices, but only after paying off the debt in the amount of $ 165,57 million. This was stated by the head of the holding Alexey Miller.


According to Miller, Gazprom is ready to negotiate new gas prices for the republic, but only after paying off Minsk debts. Earlier, the leader of Belarus, Alexander Lukashenko, announced the “unfair” price of gas, who suggested that Moscow revise the cost of gas supplies to Minsk, explaining this with help “under the conditions of a coronavirus”.

The total amount of Belarusian debt for the supply of Russian gas today is $ 165 million 570 thousand. As soon as the debt is fully settled, the Russian side will be ready to schedule negotiations on the terms of gas supply from January 1, 2021. A letter stating this position was sent today to the Minister of Energy of the Republic of Belarus
- said Miller.

It is reported that this topic was raised during a telephone conversation between the Prime Ministers of Russia and Belarus, Mikhail Mishustin and Sergey Rumas. The parties agreed to continue negotiations on gas pricing for Belarus.

As Lukashenko said on May 13, the current price of $ 127 per thousand cubic meters is unfair, Minsk would like to receive gas at $ 80.