How to discourage “samurai” from talking about revenge on the Kuril Islands: reflections on the military component 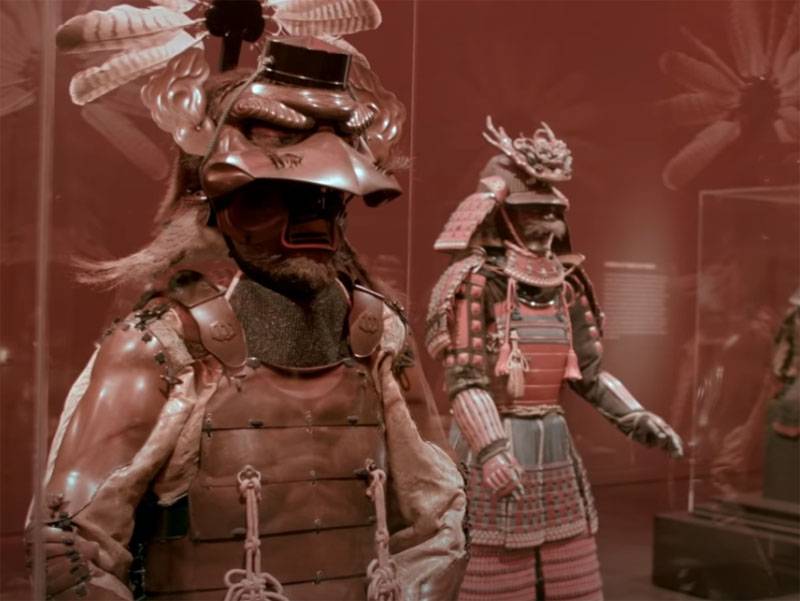 The last few days I have been “living” inside the documentary film “Ordinary Fascism” by Mikhail Romm. No, I do not study the problems of the spread of fascism in Europe or elsewhere. Even today, I am not interested in the internal essence of this phenomenon.


The feeling of a sudden move to Italy or Germany in the 30s arose even after watching rallies dedicated to the Day of the Northern Territories, which is celebrated in Japan annually on February 7.

The feeling of plagiarism of Mikhail Romm’s shots may have come from my lack of knowledge of the Japanese language. Looking through the speeches of supporters of the idea of ​​the return of the Kuril Islands, probably from their emotionality, one involuntarily recalls the Duce and the Fuhrer at the time of their highest popularity.

To prevent the wound from healing

You are probably waiting for a traditional story about who and when discovered the Kuril Islands, where did the Ainu and others, many times voiced, stories about the Kuril Islands. Alas, I will disappoint. I’ll disappoint just because there is so much written about it that any reader who is interested can easily get an answer to any question in this region.

It’s always funny for me to read materials about who owned what in ancient times and why today it is necessary to remember this. Imagine the Greeks who claim to be in Ancient Greece? Or Italians - descendants of the Roman Empire. I’m talking about the Mongols and the Golden Horde and I don’t want to remember.

Because the world is changing, that any state, at all times, has experienced all the events that each of us lives in his short life. Birth, formation, flowering, stability, withering and death. The death of a state is always associated with the birth of a new or new country.

Interest in Japan and the Kuril Islands arose ... after the statement of the government of that country about the beginning of the development of hypersonic weapons. In addition, the few, but really interesting reports about increasing contacts between the Japanese and the US military began to appear in the press.

From American sources, some details about the rocket under development became known. In particular, the estimated firing range is 1300 kilometers. It is clear that the Americans reported this for one purpose - to scare China. US-PRC relations are more tense than ever.

I was interested in this message somewhat on the other hand. 1300 kilometers is a sufficient range for a threat to our Far East, the Kuril Islands and Sakhalin in particular. The appearance of such weapons, if ignored on our part, really changes the balance of power in the region. And this is where the need arises for the Japanese government to support the movement for the return of the so-called northern territories.

Tired of it. Close the question once and for all

It is clear that the Japanese started talking about new weapons for a reason. The confrontation with China and North Korea, as it turned out, costs quite a lot of money. The years when the country hardly thought about its own defense are a thing of the past. The US requires payment of its own services for the protection and defense of the Japanese islands. And their own army has become a burden for the state budget.

What about us? Will we “answer the calls” again? What for? Everyone understands that such a path leads to a dead end. We simply cannot physically provide the defense of our own territories. We will not soon “catch up and overtake” the Japanese Navy. And if you look objectively, then to the Japanese the fleet you can safely add American in this region. In this case, instead of "not soon" is to write "never."

In addition, the problem of population shortage has been and remains. Many talk about the relevance of this problem, but there has been no solution at the state level either. Eastern, Trans-Ural regions are slowly dying. The Far East in this respect is not particularly different from the rest, the "Asian" part of Russia.

Is it possible to convince the Japanese to close the "problem of the northern territories" for a long time or forever?

Any island state has an advantage when defending its own territory in a classic, "ground" war. The sea or ocean always becomes the defenders' helpers. Agree, delivering personnel and equipment by sea is quite burdensome. Huge losses during such transportation are inevitable. And the navy in the island states is one of the strengths.

Today, the state's insular position has turned from an element of strengthening its defense capability to an element of vulnerability. Destroy a port or even an entire seaside city today is not a problem for some countries. This does not require any armada of ships or aircraft.

The situation with the fleet is exactly the same. The fact that for many decades it was the pride of the Americans, I mean aircraft carriers, today are just ordinary, very convenient targets. It is almost impossible to ensure their complete safety in coastal waters.

Aviation? Only a few states of the world can successfully deal with enemy aircraft today. Just because bombers strike, being outside the range of ship or coastal air defense.

You can continue to talk about defense and attack for a long time. But back to our topic. How to discourage “samurai” from talking about revenge and return of territories. There is no need to invent a recipe. Anyone who has ever practiced martial arts knows him well.

So, the Kuril Islands must be reliably protected. They are so protected as to completely eliminate the landing or destruction from the air. Hence, the most advanced air defense and missile defense systems are needed. Defense must be echeloned.

Further. The coastline is fortified with systems that would be effective against any enemy ships at all distances. Something similar now exists in Crimea. Enemy ships should not even try to approach Russian shores.

What happens after blocking an enemy attack in combat? And what is written above is just the same protection unit. And then you strike, the purpose of which is to eliminate the enemy's advantages. Simply put, Russia must have the forces that would ensure the destruction of the enemy fleet in our waters.

Missile boats and diesel submarines are quite suitable for such a "heart-to-heart talk". Well armed and inconspicuous for the enemy, they can bring the fleet a lot of problems. Even large warships. Not to mention the auxiliary fleet.

Probably the most long-awaited part of the fight remains. Shout from the judge: - Ippon! Clear victory. And such a victory requires a serious attack. This is where nuclear submarine missile carriers, cruisers, destroyers, anti-submarine and landing ships of the 1st rank become necessary. Here our strategic bombers and cover aviation will be needed.

Of course, the drawn picture is perfect. In battle, what the commander plans is not always happening. Moreover, most often it happens a little differently. But our task today is not to win the war, and de jure it continues. Despite the absence of a peace treaty, today there is no “hot” war between Russia and Japan, but territorial claims remain. The declaration of October 19.10.1956, XNUMX helped to stabilize our relations in many ways. Although the uncompromisingness of the Japanese led to the fact that the declaration was forgotten.

By the way, it was there that the transfer of Shikotan (in the text - Sikotan) and the group of Habomai islands was declared. But only after signing the peace treaty. I recall the explanation of N.S. Khrushchev on this issue:

We believed that such a concession was not of particular importance to the USSR. There are desert islands that were used only by fishermen and the military. These islands also have no defense significance. But the friendship that we wanted to win from the Japanese people would have tremendous significance. Therefore, territorial concessions would more than be blocked by the new relations that would have developed between the peoples of the Soviet Union and Japan.
Today, Japan, with all due respect to the Japanese people, is just one of the dogs in the American pack. As long as the country remains occupied by the United States, the Japanese will be forced to fulfill the will of their masters, which means it is useless to appeal to common sense, logic or history.

Only instincts remain. In particular, the instinct of self-preservation.