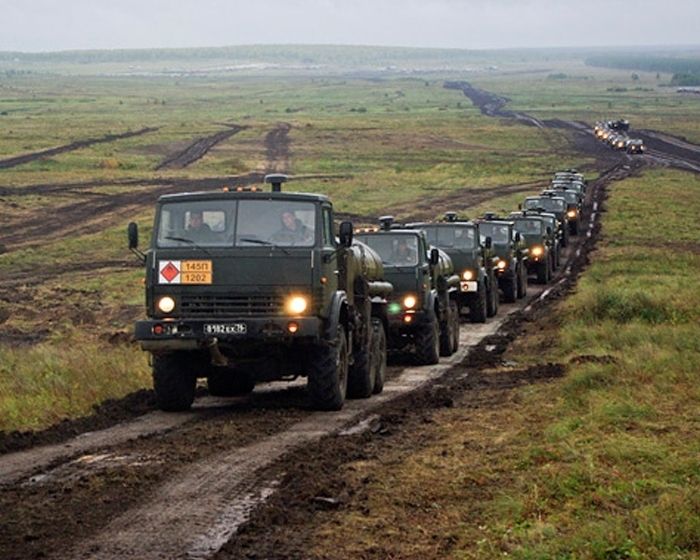 Annually on May 29 in Russia, military personnel and civilian personnel of automobile troops celebrate Military Motorist Day. These are drivers, mechanics, repairmen, unit commanders, that is, everyone who had “butterflies” on their buttonholes. But not only they celebrate this holiday today. The holiday of military motorists applies to everyone who, on duty, "turned the steering wheel", driving all kinds of vehicles, was engaged in the repair and maintenance of automotive equipment.


But this is not all who are directly related to the Day of the military motorist and every year he celebrates. After all, the service is not only soldiers, sergeants, warrant officers and officers, but also their relatives. Anyone who is waiting for a soldier to go home, also serves with him, helps to overcome all difficulties and hardships. Therefore, this holiday concerns not only warriors-motorists, but also members of their families.

The appearance of the car in the armies of the world completely changed the face of the armed forces and turned upside down the notion of hostilities. Cars are used today in all military branches without exception.

May 29, 1910 the decree of Emperor Nicholas II launched the appearance in Russia of the First Training Automobile Company, which was based in St. Petersburg. She trained driver mechanics for all automotive divisions of the Russian armed forces. It was the founding date of the first automobile part in Russia and was subsequently celebrated as the Day of a military motorist.

Already during the First World War, Russia had more cars and motorcycles in the troops than in the armies of the USA, Great Britain and France.

But the real “war of motors” was World War II. And although by the beginning of World War II in the USSR there was already a developed automobile industry, for the needs of the front it was necessary to import automobiles manufactured by the Allies.

Already then it became clear that it was vitally important for the army to be able to quickly deploy troops to the front, take out the wounded, deliver ammunition and food, and provide the units with mobility and maneuverability. And all these tasks were successfully solved by motorized warriors.

We all know about the blockade of Leningrad and those who did not survive it. But if it were not for the Road of Life, then there would have been much more victims of the Nazi blockade. Food, medicine, ammunition were delivered to besieged Leningrad on the thin ice of Lake Ladoga, and children and wounded, valuable industrial equipment from Leningrad factories were taken from there. Drivers risked their lives, many died under German aerial bombs or failed along with cars under the ice.

Several decades later, during the war in Afghanistan, military motorists played a key role in providing the Soviet military contingent with everything necessary. In addition, they helped local residents, who, due to the war, sometimes lacked the essentials.

Today, the service of warriors-motorists is also fraught with danger. For example, in Syria, a lot depends on the drivers of the military police patrolling the territory near the Turkish border. Peaceful life often comes to the areas where Russian military vehicles appear. People begin gradually and carefully return to their homes. And this is the merit of the Russian military, including military motorists.

And even if you yourself have nothing to do with this holiday, but among your relatives and friends there are motoring soldiers, do not forget to congratulate them today, because it's their day.

The editors of Military Review join in the congratulations of all military motorists on their professional holiday.