Who will have to look for a trampoline? 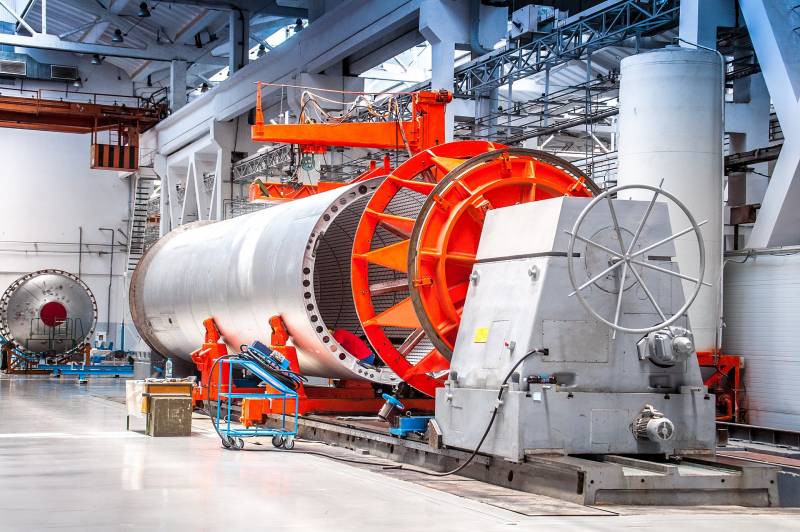 Well, the first launch of the “Dragon” with the astronauts was postponed due to the weather, which has already generated a lot of malicious statements on the Web.

However, one should not rejoice like that, Musk is a stubborn man and sooner or later everything will fly with him. As before it flew.

Another question, is it necessary to look at the Mask with such a heritage as ours?

It is necessary. It is necessary, if only because now “Roskosmos” will lose the last greasy feeder in the form of the delivery-transport of astronauts to the ISS, and there is a lot of incomprehensibility with the ISS itself.

That is why, as soon as it smelled of the launch of the Falcon, our main cosmos Mr. Rogozin gave a very extensive interview to Radio KP, the general message of which was: all these are trifles, we ourselves can do everything.

And at the same time he said that we can.

The moon. Orbital station. The winged spaceship, the heir to the "Buran". Just a new spaceship. Another superheavy rocket. In general, we can do a lot of things.

In words. As will be the case, this is still more difficult. Rogozin has problems with the implementation in general.

We don’t even want to talk about something that will replace the Soyuz, we won’t. The “Federation”, which became the “Eagle”, but didn’t even theoretically tear it away from the centimeter from the Earth, is such a hackneyed topic that there is no point in wasting time and letters on it.

The same thing about the plastic "Argo", which supposedly will be built. I could go into more detail on the topic, but the sound of the saw is distracting, which is constantly in the subject.

The same goes for a heavy-super-heavy rocket. There are many names, the essence is the same: there is no rocket when it will be, it is unclear how to drag the heavily weighted Orlorastia into Earth orbit is also unclear.

Winged spaceship. Or, as he was dubbed in the relevant media, “Buran-2”.

In general, the idea was already criticized quite well, and it was done justly.

First, there is really no one to build Buran-2. Now, of course, our patriots will begin on the topic of the fact that we really “can repeat everything”, but alas. Lozino-Lozinsky, Glushko, Mikoyan, Schulz ... Sorry, but they will not repeat anything.

And the modern ones ... Am I mistaken, or is the Science module still on Earth? Like "Irtysh", "Yenisei", "Hangars", "Eagles" and other "Federations"?

Sorry, here the assembly of launch vehicles of 50-year-old “freshness” was barely set up ... so that they would no longer stick into the ground.

Secondly. And why is this spaceship with wings needed? In the atmosphere to fly ... Well, that’s clear. The United States abandoned the winged shuttles 10 years ago, Europe did not think in this direction, China also somehow gets by.

And we, as always, that is, contrary to. Contrary to everything and everything, including common sense.

It is customary for us to discuss the Mask in the sense that everything is wrong with him. And here we are all right. We'll see, of course, but something tells me that his Falcon Dragons will fly sooner or later. And this, excuse me, is not the ancient “Unions”. These are the ships of today.

And for some reason such a good manager Musk made the ships conditionally reusable, that is, partially. Leaving from a purely reusable scheme, because there really is a lot of trouble with it.

Indeed, as practice has shown, one tile was missed in the analysis, and that’s all. DNA throughout the atmosphere can be collected. So the Americans abandoned this venture. Having lost only two crews.

Why do we need to invent some way of our own, reworking the project of the ancient “Buran” and dazzling something more modern on its platform? A strange approach, to be honest. Very strange. “Can we repeat it?” Quite dubious, frankly, the success of forty years ago? Doubtful - because American authors abandoned it. Having copied the idea with Buran, we did not bring it to normal flight, and now again?

Why do we need a winged ship today? I think no one will answer. "Unions" are very reliable, and most importantly, cheaply land on Earth without wings. To fly to the Moon, where Rogozin’s aspirations are also directed, no matter how wings are needed either. There is nothing to rely on. There is no atmosphere.

It turns out that only for landing on Earth. Which is already worked out. It is very strange and smacks of either the screeching of a saw, or simply ill-conceived PR.

Indeed, the bulk of those who designed, developed and built the Buran, unfortunately, is all. Worked out their program to the end. And in our conditions, the prospect of the appearance of a second Queen or Glushko, excuse me, causes universal sadness and sadness. Because the land of Russia has really become scarce with talents, we are eating up the last Soviet remnants.

It’s hard to say on what (more precisely, on whom) Rogozin plans to carry out his grandiose projects. But so far, special successes, apart from investigations and criminal cases, are not visible.

But we can say that there are successes in drawing up plans and allocating money for these plans. Seriously, before this rather slurred crisis occurred, we monthly listened to stories about what would happen soon / in the near future. And how much money will be spent on it.

Superheavy rocket instead of the "Angara"? One trillion rubles at least. The maximum is 1,7 trillion rubles for the Yenisei, which in fact no one needs, neither military nor civilian, because there are no cargoes for it. Yes, Rogozin talked about launching artificial moon satellites using the Yenisei ... I will not comment at all, I see no reason.

Further. Global Sphere Communication Program. 1,5 trillion rubles. Within the framework of this program, it is planned to put 638 vehicles for various purposes into orbit by 2030. True, in 2019, 23 satellites of all purposes, the aerospace system, the Russian Space Agency, and the Gonets system were put into orbit.

That is, according to the plan, 80 launches per year only for the Sphere (VKS and others are separate), and now 23. Actually, everything is clear. More than a hundred launches per year? Mr. Rogozin, well, do not tell ...

Lunar program. Well, this is just a clear fantasy. It was impossible to find exactly how many trillions it was supposed to be requested for it, but it is clear that here, to 1,7 for an extra-heavy launch rocket, it is necessary to add more to the ship, which is still not there, satellites, assembly in orbit, and so on. Up to 10 trillion is easy and laid back.

Apparently, in the wake of the oil crisis, the Stop! From the Kremlin. Because toys are toys, but you need to know the measure. This can explain the transition to cheaper projects such as "Buran-2" and the orbital station.

Yes, it also makes sense to say a few words about the orbital station.

The fact that Russia simply will not pull the orbital station alone is clear and understandable. It is enough to look at which modules in the ISS are Russian and when they were docked. The "dawn" with which the ISS began, it is as if ours, but not ours. Because it was built on American money. The rest, a residential module and two small research ones, are, as it were, very modest.

Given that on Earth at our "disposal" is only the cooling body of the module "Science", which began to be built in 1995. And the docking module “Berth”, which was assembled back in 2014, but will remain on Earth until they complete the “Science”.

All. Nothing more to brag about. A full-fledged station is very far away.

And international cooperation specifically with NASA will inevitably decline on a biased basis. For the States, the main thing now is to get off the “allied” needle. Then everything will go as Trump voiced, that is, in accordance with the US national space program.

And it’s worth understanding that in this program we simply do not have a place. By definition, since the United States should be the first in everything. The proof is the program "Artemis", which hit Japan and Australia, but where they completely forgot to call Russia.

The situation is not very pleasant, no matter what Mr. Rogozin says on this subject. We are clearly lagging behind the United States, and as American programs supported by the government and equipment manufacturers develop, this gap will increase more and more.

In terms of program implementation, the Americans, of course, well done. I cut it with a cut (they also have an order with this), but the thing is going. At least Musk will bring his technique to mind. And we have exclusively throwing from the “Federation” to the “Eagle” and some other “Argo” is hanging out in the plans. That is, as usual, a lot of words, it’s worth it.

And the farther, the more we will be uninteresting to the United States. They themselves can all. The question of how much we can, I leave open, although for me there is no secret. We can’t.

And here is only one option - to bow to those who are not friends with the United States in space programs. That is, to India and China. Based on their support, you can try and build a new orbital station (although the Chinese already have their own), and make an attempt to fly to the same moon.

But here really it will be necessary to work, and not engage in populist statements. Work. Today we have a big problem with this at the highest level.

But we must be aware that the era of Russia as a space cab finally collapses at the first docking of the Dragon to the ISS. And you can do trolling on this subject for as long as you want, everyone, from the last couch cheer patriot to Rogozin, after the docking, there will be nothing to say.

And Roskosmos will lose its millions of dollars. Because all US satellites, of course, will line up for the flights of the "Dragon" Mask. Which, by the way, takes twice as many people on board than the Soyuz.

So who will have to look for a trampoline, this is a grandmother in two said.

And in conclusion, I want to say: it is not necessary to deal with the cut when building cosmodromes and developing a bunch of unnecessary ships, but real work on the result. The result is exactly what we have been waiting for from Roscosmos for two decades and which will be very difficult to wait for.

Long-distance expeditions to asteroids and other planets are organized by any countries, but not Russia. Flight research stations - without us. Raids outside the solar system are not us.

Unfortunately, all that Russia can today is to build high-quality space toilets and carry astronauts of countries that can pay for it to the ISS.

It seems to me, or is it really time to change something and from the confident statements of Mr. Rogozin to go on to confident business?