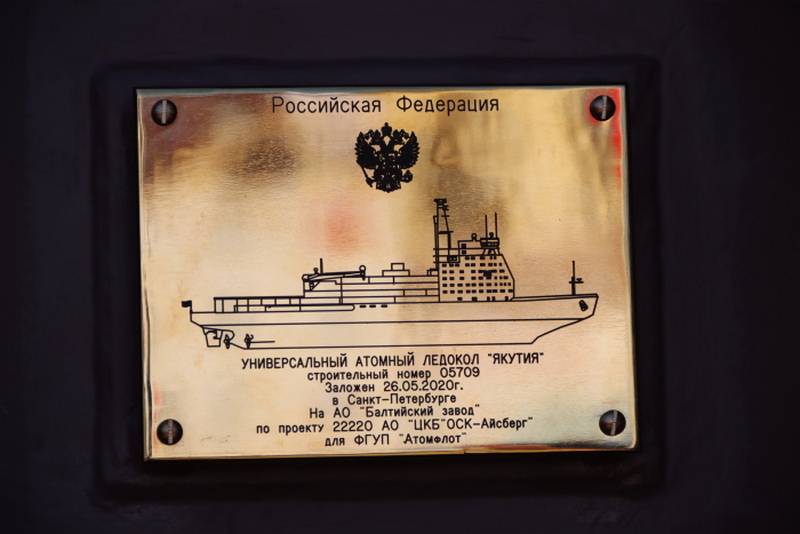 In St. Petersburg, the third serial nuclear-powered icebreaker of project 22220 of the Arctic type was laid. The ceremony was held at the Baltic Shipyard, the shipyard's press service reports.


The Baltic shipyard, as promised earlier, on May 26, laid the foundation of the next nuclear icebreaker of project 22220, the fourth in a series and the third in series. The bookmark was timed to the day of the 164th anniversary of the plant. The ship will be built taking into account new technical solutions tested during the tests on the Arctic series icebreaker.

Currently, the leading icebreaker of the Arctic series is undergoing sea trials, its transfer was scheduled for this month, but, apparently, will be shifted. The first serial icebreaker Siberia was laid in 2015, the second - Ural - in 2016. At present, both icebreakers are being completed afloat, the deadline for commissioning Siberia is 2021, and the Urals 2022.

Ctrl Enter
Noticed oshЫbku Highlight text and press. Ctrl + Enter
We are
The exact dates for laying the third serial icebreaker of project 22220Laid the keel of the first Soviet-era icebreaker with a capacity of 25 megawatts
Military Reviewin Yandex News
Military Reviewin Google News
14 comments
Information
Dear reader, to leave comments on the publication, you must sign in.