How Italian soldiers in 1943 near Voronezh learned the word "boots": from the history of the Great Patriotic War 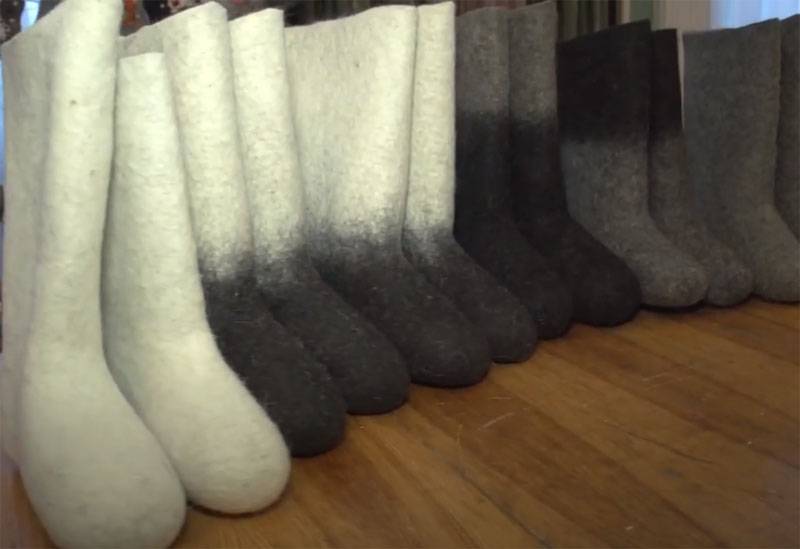 In 1973, a wonderful feature film by Eldar Ryazanov and Franco Prosperi “The Incredible Adventures of Italians in Russia” was released on Soviet screens. In the Italian box office, the film is known as "Crazy, Crazy, Crazy Chase (Race) in Russia." Those Soviet-Italian films were watched by those inhabitants of the Apennines, for whom only about three decades (at that time) ago, adventures in Russia were really unbelievable, and the chase, or rather the attempt to blow their legs off, was really crazy.


We are talking about the Italian military, whom Mussolini, realizing his own imperial ambitions, sent to the Soviet Union - to fight for new living spaces and resources. In addition to those who were sent to the eastern front, as they say, in mobilization order, their own volunteers were found. These are the Camicie Nere brigades or the Black Shirts.

The elite units of the Italian troops, who were to "march victoriously across Russia" and go to the mountains of the Caucasus for a "complete and final victory for the Italian weapons", Were considered the so-called alpine shooters. These are three Alpine divisions: “Tridentina” (2nd division), “Julia” (3rd division), “Kuneenze” (4th division).

Before the invasion of the territory of the USSR, these and other Italian armed forces were developing relatively well. The same Kuneenze division was considered the winner in the French and Albanian campaigns. True, participation in the French campaign lasted only 12 days, because France surrendered “lightning fast”, and in the confrontation with the Greeks in the Albanian territory for 3 days the Italian division tried to keep the Fakya-Gurit massif. Losses are minimal, the mood is excellent, in the heart - the desire to win and then rush into the arms of their beautiful ladies in Bergamo, Genoa and other "small homelands."

But in the fall of 1942, "something went wrong." Not like the brave Italian soldiers painted in their fantasies, including the “elite” from the Alpine divisions. Finding themselves at that time in the Don — in places where there was a problem with the mountains, the Italian shooters felt the full power of the Red Army’s strikes. In December 1942, the Alpine divisions, which were determined to hold the defense along the Don line in the Boguchar region, received a crushing blow, which made many forget that they are the elite of the "great" Italian army.

The front notes of the participants in the battles on the Don contain evidence of how the soldiers of the "elite" division, realizing that the war could end for them in the snow of the Don steppes, lost their "elite" appearance. And the video chronicle of the Italians, Romanians and others who surrendered then was confirmed.

Trying to leave in scattered groups. Many do not have an outfit kit. Pieces of overcoat are tied to the feet with straps.
In the units, which became more like a bunch of Holodroots, they tried to get rid of the statutory “Alpine boots”, which, getting wet from loose snow, turned into cold weights on their feet, literally fought for Russian felt boots. This is despite the fact that before meeting with the Red Army and the winter Soviet Union, the form of alpine shooters was considered almost ideal for military operations in difficult conditions.

There is evidence of residents of the villages of the Voronezh region. People say that in January 1943 these “warriors” turned into uncontrolled (on the part of the command) not even a retreat, but simply a stampede. In the first huts they came across, they tried to explain that they were ready to give up their weapons and everything that they had valuable (someone had personal jewelry - wedding rings, gold or silver crosses), for the sake of “Russian shoes”. Under Russian shoes were, of course, felt boots. It was in many ways saving shoes. But how saving, so scarce. By that time, the occupiers themselves had time to take with them what is badly lying with them in occupied Voronezh villages. Everyone who came to Don to “win” was engaged in looting: Italians, Germans, Romanians, Hungarians ... That's all. Therefore, when I had to drape, to get hold of these shoes among Voronezh peasants was in many ways simply impossible. Lucky few ...

The Russian word “felt boots” itself was widely remembered by many Italians who fled under the blows of the Red Army in January 1943 in the western direction for the rest of their lives. And those for whom this life was a few days old, and those who nevertheless managed, with the shame of defeat, to return home and live to see their gray hair.

Ctrl Enter
Noticed oshЫbku Highlight text and press. Ctrl + Enter
We are
Reports from the militia of New Russia for 27-28 September 2014 of the yearRussia is taken to the Golden Billion
Military Reviewin Yandex News
Military Reviewin Google News
131 comment
Information
Dear reader, to leave comments on the publication, you must to register.