Democracy as a latent dictatorship of crime 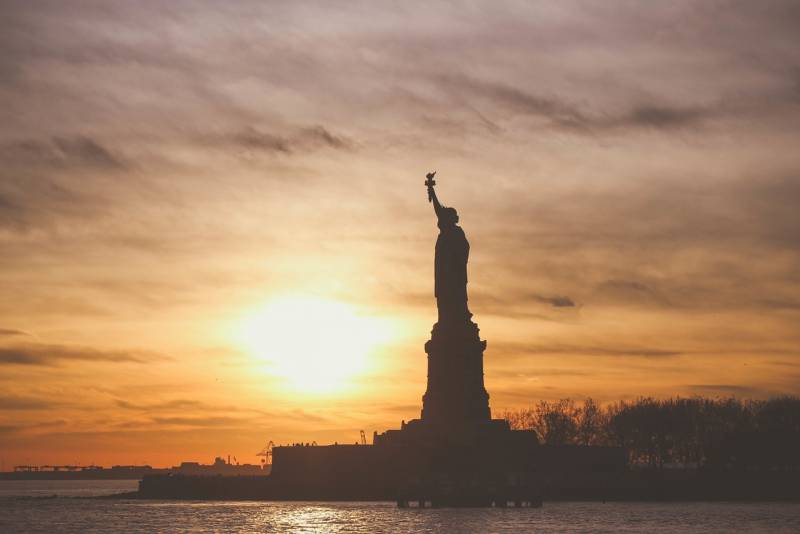 Everything flows, everything changes. The attitude of people towards social phenomena is also changing. It is interesting, in my opinion, how the opinion regarding democracy has changed.


In the 80s of the last century, democracy was a city on a hill for the entire progressive intelligentsia of the country - from Andrei Sakharov to Valeria Novodvorskaya. This word itself was pronounced aspirated with admiration and desire. Therefore, when the fighter with privileges, Yeltsin, following the pattern of actions of the previous revolutionary, climbed onto the tank, all Muscovites who were free from work and study enthusiastically supported him. Indeed, unlike the Chinese authorities, which stopped the riots in Tiananmen Square, the Soviet leadership no longer had political will and Tanks were on the streets only for entourage.

The crowd received a Western bottling democracy, which was considered the greatest happiness in this world. But she soon realized that this was not entirely true, as everything around began to rapidly collapse. The attempt to restrain the process was thwarted by the shooting of the Supreme Council from tank guns to the applause of the entire world, the most progressive and humane community.

The human blood spilled on the Moscow streets by the new regime led to a sharp change in attitude towards the old ideal. The people realized that real democracy is not as white and fluffy as foreign voices sang. Statements of the type appeared: now only complete villains and hopeless idiots will stand for democracy. Or: decent people should not fight for democracy, but against this world evil.

However, these thoughts remained mainly in the past, along with short-circuited “shovels” editions, for the information mainstream defended the exact opposite position, diligently washing out the new regime for all these decades.

But the image of democracy is still very dim. History irrefutably testifies that the democrats have committed so many crimes that even the Nazis cannot reach them. So, if the Nazis destroyed tens of millions of people, then the Democrats at one time almost exterminated the population of two continents: Sev. America and Australia. And Hitler copied the concentration camps for civilians with the British Democrats, who were the first to use them against women, children and the elderly during the Boer War. And many democratic and Nazi attitudes are similar as twins. For example, the Nazis assert their right to kill the "Unterman" - people whom they declared inappropriate to the rank of man. And the Democrats affirmed the right of adults to kill unborn children, depriving these children of the title of man by their laws. If we look at materials on abortion in Russia after perestroika, we will see that a lot more people have already been killed by the democratic regime than the Nazis were able to do in the four years of the most terrible war.

Why is there such a discrepancy between the image of democracy created by "independent media" and reality?

Consider the basis of democratic power - universal, equitable elections. Since in today's urbanized society people do not even know the neighbors in the stairwell, they make their choice by voting solely on the basis of whom the “independent media” will present better. And they’re better at promoting the one who pays them the most. And the one who has the most money will pay more. And more of them from the one who steals more. For a priori you cannot earn a lot of money, you can only steal a lot of money. As a result, the most “successful” crime comes to power without alternative, which on behalf of the people establishes its own order, the ruthlessness of which it demonstrates when it sees fit. As was the case with the execution of the opposition Supreme Council.

This is the essence of the latent, but real dictatorship of crime in a democracy.

Thus, as we see, democratic elections are as fiction as a free press.

The current situation with coronavirus also looks interesting in this plane. The accusation of Americans against the Chinese immediately reminded me of an ancient thieves' reception: when a thief carried out a theft, he was the first to start shouting “hold the thief” to confuse those around him.

It is also alarming that the Americans themselves are opposed to an independent investigation into the history of the virus. Given that they used biological weapon Against the Indians, we can say that this is possible now. Moreover, the whole of Eurasia is strewn with American biological laboratories.

A special operation to spread coronavirus from Chinese territory could well cause significant harm to the current main geopolitical rival of the United States. But here, China can only be a secondary goal. The main thing may be the victory of the Democratic Party in the upcoming elections in the United States. After all, the democrats represent the interests of the "deep state".

This is supported by the fact that Trump did not appreciate the real threat of the virus at the very beginning. So, experts did not convey it to the president for some reason. The scale of the victims that the American people suffered due to untimely measures is also alarming. They literally go through the roof and will definitely be charged with Trump immediately before the election. By the way, most of the dead in the USA are not subject to autopsy, which makes it possible to record everyone in a row as COVID victims.

I’m not a British ex-minister, so I can’t afford to slip into a vulgar position: I have no evidence, but I have no doubt ... Of course, the pandemic situation requires a serious and objective investigation. However, these assumptions are very organically combined into one complete whole.

Ctrl Enter
Noticed oshЫbku Highlight text and press. Ctrl + Enter
We are
About Stalin and KhrushchevWhat you didn't want to know about England
Military Reviewin Yandex News
Military Reviewin Google News
198 comments
Information
Dear reader, to leave comments on the publication, you must sign in.