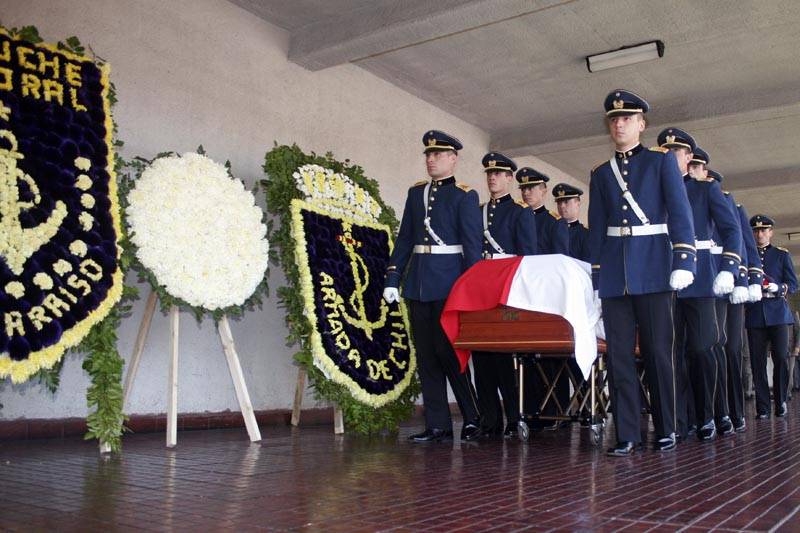 30 years ago in Chile, something that seemed unthinkable to many happened: Augusto Pinochet resigned as president (actually an omnipotent dictator who single-handedly ruled the country). Moreover, for many years he remained the commander in chief and the owner of the highest military rank, as well as inviolable status. However, this was the beginning of the end of an era associated with a person whose name appeared to be inscribed in Chilean and world history blood.


I must say that his native of far from aristocratic circles of Chilean society began his career and built according to the most classical canons: four years of an ordinary infantry school, rank of junior lieutenant, service in line units, studies at the Higher Military Academy, teaching work in military schools and again the most ordinary service as regiment commander. Also on his account was the work in the Chilean military mission in Ecuador and the headquarters of several divisions.

Before the first truly high rank (brigadier general) and the command of the division, Pinochet "trumpeted" for more than 30 years. Age 63 years - one could already think about a decent pension. However, at this time, the general went beyond purely army service and became an already political figure - the military governor of the province of Tarapaca. Three years later, the Government of National Unity, led by Salvador Allende, makes a fatal mistake - Pinochet is appointed commander of the garrison of Santiago.

Absolutely not paying attention to the fact that the general in his previously written literary works on the topics of geopolitics was enthusiastic about Hitler and generally held extreme right views, Allende, who firmly believed that Pinochet had “the most loyal general,” continued to promote his future executioner: he becomes first the chief of the General Staff of the ground forces, and then their commander in chief. After that, on September 11, 1973, a military coup takes place in Chile, just organized by Pinochet.

However, it has long been proven that the United States, playing with the hands of the CIA and other similar structures, played a significant role in those bloody events and the further radical change in the country's political and socio-economic course. The shortsightedness of Allende and his comrades cost him his own life, as well as the tens of thousands of Chileans who became victims of a brutal dictatorial regime that cracked down on its opponents both domestically and abroad. The exact number of deaths during the years of Pinochet’s reign has not been established to this day.

From late 1973 to 1981, Pinochet was chairman of the military junta, formed immediately after the coup. True, the rest of its participants somehow very quickly left - some from power, and some from life. From 1974 to 1990, he was also the President of Chile (at first "temporary", and since 1981 - "constitutional", that is, as it were legitimate). And along with the commander-in-chief of the armed forces, Pinochet held this position for the longest time, until 1998. It was then that he became captain-general.

By the way, there is no "exotic" in this title and close. In European armies, it appeared in the XIV-XVI centuries, being the highest military rank, in contrast to the rank of Generalissimo, assigned, as a rule, to representatives of the crowned dynasties. What is characteristic, the title of captain general was awarded to the conquerors of Latin America: Hernan Cortes and Francisco Pizarro. It was generally distributed in Spain and its colonies. The captain-generals were most of the Spanish kings (including the present) and dictator Francisco Franco. He went in his vanity and further, becoming a generalissimo. Pinochet, with all his admiration for the caudillo, endlessly close in spirit, ideas and methods, had a sense of proportion to stop at the captain-general.

At the time of Pinochet’s death (in 2006), he was stripped of all his status as a statesman and legal inviolability and was charged with many grave crimes. Nevertheless, no one took away the high rank and the right to a funeral with military honors from him.