How the word "latrine" is translated and where to run: young from the history of naval terms 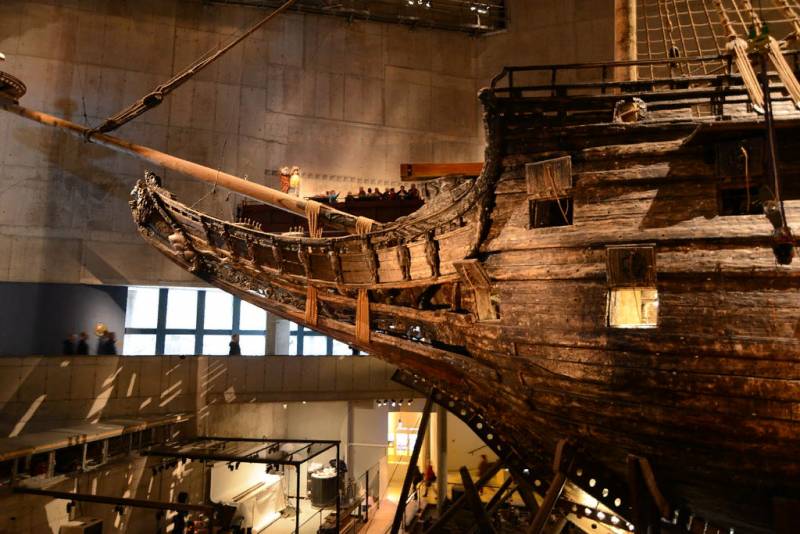 Even those who are far from the maritime profession, the term "latrine" is known. Moreover, not every person who knows the meaning of this word has information about where it came from and what it originally meant. Today, "Military Review" has prepared a little material about this.

So, the generally accepted meaning of the term “latrine” today is a ship (ship) toilet. In Russian dictionaries and encyclopedias, it began to flicker from the very moment that they themselves began to be published in our country. So, in the 4-volume book of the Brockhaus and Efron encyclopedia from 1905-1907, a description of latrine is found. This word came to the fleet, as, by the way, and many other naval terms, from Holland. It represents the Dutch "galjoen", which literally means "the bow of the ship."

In this context, the meaning of the word should not be confused with another interpretation, which corresponds to the fish Dichistius capensis or black bream - the national symbol of South Africa. Its name also sounds like galjoen, but only in this context should it be read like a galleon. By the way, the very “ship” concept of “galjoen” often refers precisely to the galleon - a Spanish sailing ship of the 16-17th centuries.

What do Dutch dictionaries say about “latrine”?

In particular, it is noted that we are talking about a special platform on the bow of the ship, where the toilets for the crew were located. It is added that toilets were called toilets on the Frisian (Watt) islands until the XNUMXth century. The Frisian Islands - a group of islands in the North Sea, which is separated from it by the so-called watts - shallow sea zones off the coast of the Netherlands, Denmark and Germany.

On sailing ships, latrines were located on the sides of the ship in the bow - where the prince diget was located. What kind of "beast"? Knyavdiget - the upper part of the water cutter, which could be “crowned” by a carved figure. On the bow of the Swedish ship of the XNUMXth century “Vasa” (“Vase”), this part is decorated with carvings on the outside of the sides (first photo).

Any ship's young man knew perfectly well that the bow of the ship was the location of the latrines. It is there that we must escape in the case of the urge of the body ...

Storm latches could be several seats, which were, in fact, wooden boxes. Through these “boxes”, the contents fell into a wooden tank and eventually went to the open sea.

At the same time, there was a system of fines and other punishments for captains and ship owners who, for one reason or another, poured the contents of a latrine tank near the ports, violating the “sanitary zone”. But the fact is that a latrine tank was not on every ship. There were also cases of direct outboard "withdrawal" of latrine.

So that when sailing on a latrine, the sailor would not be washed overboard, there were various devices, including a special net. Another option is wooden handles on the sides that you can hold on to. As they say, you can’t sit on such a latrine if it’s not about calm.

Thus, the very word “latrine” initially had no relation to the “restroom” in the current sense of the word. It designated a platform in the bow of the ship: both military and commercial. 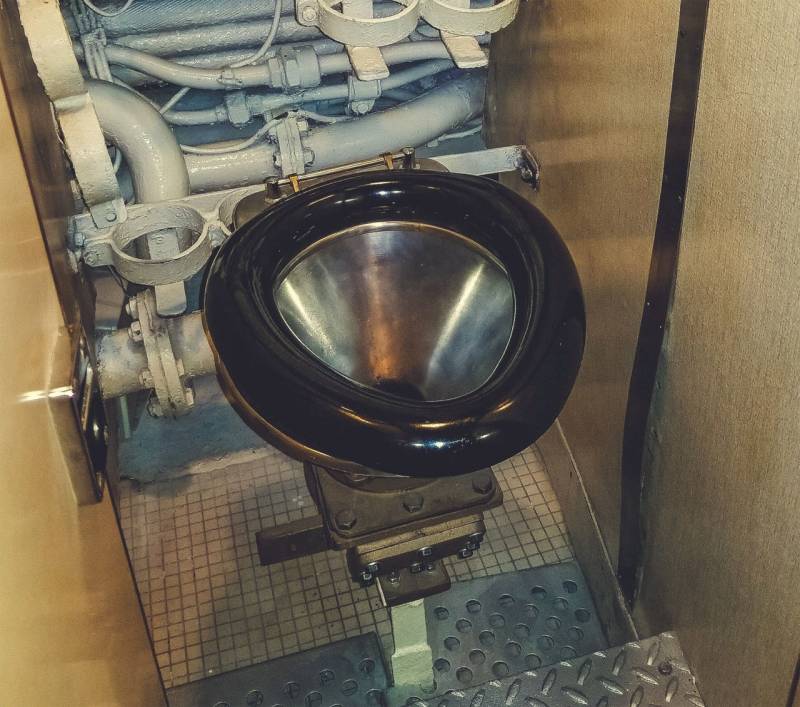 On more ancient vessels, including galleys, with a toilet it was, as is customary to say for some time, not so simple. For example, slaves who were seated on rowing oars could send natural necessities directly on the spot in the event that a “change” was not possible. In the end, everything was washed with overboard water. However, for obvious reasons, the complete removal of waste products was not always possible in the short term, which led to the emergence of additional risks for outbreaks of infections.