Castes in the army of modern India. Forgotten problem or hidden? 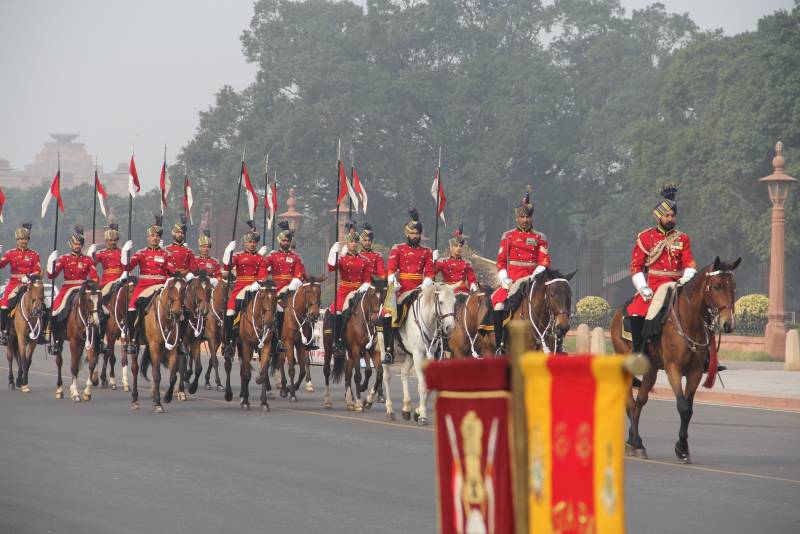 We all know that Indian society has a unique feature: since ancient times, it has been rigidly divided into social groups that have no analogues in other nations, called castes. Does this division affect military service in the modern armed forces of the country, primarily on the prospects of an officer career? Information on this subject is contradictory.


We will not list the hundred thousandth most complicated hierarchy, consisting of four main classes (varn), supplemented by the despicable class of untouchables. All these groups are divided, in turn, into many “subclasses” and “podcasts” in which you can get lost. We only recall that one of the two castes above all other castes, a ksatriya, at all times was just a military one. In the Middle Ages, when war was a professional matter, a similar restriction may have worked. However, the creation of modern armed forces from only the “chosen” hereditary warriors is completely unrealistic. Especially taking into account the fact that at the moment the Indian army numbers about one and a half million people.

Recruitment for military service in the country is carried out exclusively on a voluntary basis, boys (and even girls) aged 18 to 25 are accepted there. At the same time, the proportion in recruitment is officially observed - about 10% of the number of potential male conscripts in each region. In reality, this is not entirely true. The thing is that since the time of British rule (specifically since the end of the XNUMXth century), the so-called “cool” principle of manning has existed in the Indian army. And it is precisely “exists”, not “existed”! Introduced by the colonialists for the deliberate division into different parts of representatives of various ethnic and religious groups, this principle has perfectly survived the times of India's independence, and, judging by the available data, it is applied by the country's military leadership today.

No, at the official level, all such things are denied the most emphatically. At one time, both the head of the personnel service of the Armed Forces of India and numerous high-ranking staff officers have repeatedly stated that the army is a “secular and apolitical” organization, completely unaffected by any racial, religious, and even more so caste prejudice. It was alleged that the recruitment of representatives of all regions, social strata and religion "is carried out exclusively on a common basis," as well as their further advancement in the career ladder.

Many times, at the highest levels, the leadership of the country has spoken and is talking about caste division as such. It, in fact, was abolished at the constitution level back in 1950. The constitution recognized castes as equal - everything, right down to the untouchables. Discrimination of a person on this basis (including in the sphere of labor or official relations) is a criminal offense. In practice, some changes, of course, are present: in 1997, the representative of the Dalits, that is, all the same untouchables, became the president of the country. They also held other important government posts. Also, according to official figures, among the natives of this caste, the most despicable and oppressed in the past, there are at least 30 millionaires. And still…

“Social elevators” in India work for representatives of the lower classes except in multi-million megalopolises that obliterate almost all the differences. In the outback, in the countryside, the caste system lives on to this day, and those who are in its lower classes have much less life opportunities and prospects. The simplest example is the literacy rate among the Dalits who barely reaches 30%, despite the fact that on a national scale it is 75%. What kind of army (especially officer) career can be discussed? Indeed, when applying for a service in India, the presence of a certificate of at least secondary education is a strictly necessary condition.

The Indian army, contrary to all the loud official statements made in the spirit of tolerance and political correctness, remains a closed conservative structure, living in its centuries-old and rather archaic traditions. Recall that in order to resolve the issue of appointing women to the highest command posts in it, a decision of the Supreme Court was required, adopted literally this year. Official statistics on the racial, religious, and especially caste composition of the armed forces of India and their officer corps are absent as such. As explained in the military department, so that there is no "incitement to hatred." According to unofficial data, at least 70% of the army is equipped with the same principles that have existed for centuries. India has already seen the president from the untouchables. But the general or colonel of them is unlikely to see!

Ctrl Enter
Noticed oshЫbku Highlight text and press. Ctrl + Enter
We are
Tactical lessons of the last two wars of Iraq for an all-arms commanderMemo to mercenaries in Africa
Military Reviewin Yandex News
Military Reviewin Google News
71 comment
Information
Dear reader, to leave comments on the publication, you must sign in.