Poland by its intransigence plays in favor of both Nord Stream 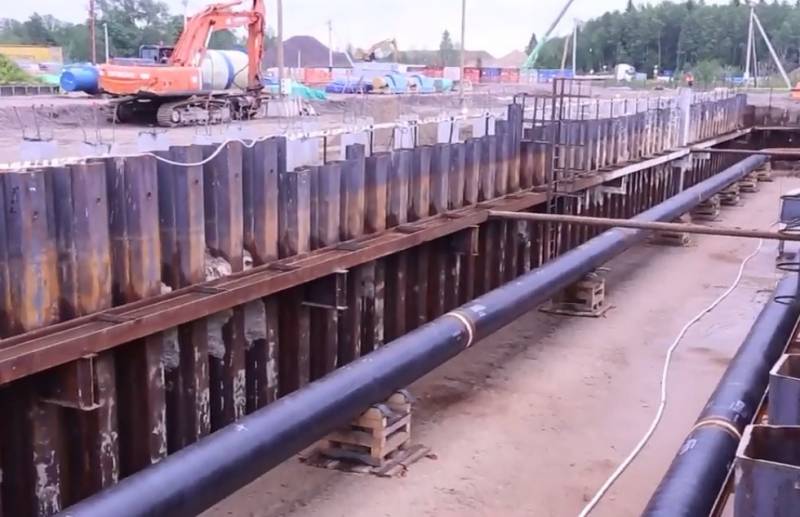 On the morning of May 26, the Russian company Gazprom completely stopped pumping its gas to Europe through Poland. We are talking about the Polish section of the pipeline connecting the Russian Yamal Peninsula with European countries.

Immediately after crossing Poland, the gas pipe enters the German border, where it falls into the zone of responsibility of the German operator Gascade. It was her representatives who said that the gas pressure in it was zero.

If we count in units of energy, then on May 24, the Polish pipe passed 9 million kilowatt hours. The next day, the volumes decreased to 451,5 thousand kilowatt hours, and on Tuesday morning they completely reset to zero.

Representative of the Fitch agency Dmitry Marinchenko sees the reason for this in the relatively low demand for gas in Europe with an overabundance of supply. He suggests that this situation will lead to a decrease in total exports in this direction by about 15-20 percent:

In this regard, it is logical that pumping through individual routes falls.
Moreover, the expert believes that such a transit stop will not drag on for long. After all, Russia is not going to completely abandon any of its routes for the supply of natural gas to Europe. This is a low demand for blue fuel today, and nobody knows what will happen tomorrow.

There is no long-term contract, okay ...

Although the stoppage of natural gas transit through Poland was initiated by Gazprom, the actions of the Polish side led him to this step. After all, the validity of the transit agreement, which was valid for the last 25 years, ended on May 16 this year. Now Russia and Poland are not bound by long-term transit obligations, and Gazprom must reserve capacity in advance for each quarter in advance of the Polish section of the Yamal-Europe pipeline.

Russia's obligation to pump 40 billion cubic meters of gas through Ukraine annually (moreover, according to the “download or pay” scheme) and fluctuations in demand from European consumers, coupled with the intricacies of using the constructed SP-1 and the constructed SP-2, creates some inconvenience for Gazprom. They force Russia to seek ways to best distribute gas flows along different routes. And now, after there is no longer a link to the fixed volumes of Polish transit of Russian gas, it is this direction that can be used to balance supplies to Europe.

True, it should be recognized that pumping gas through Belarus and Poland is much more profitable than Ukrainian transit. This is a more direct and shorter route, and Polish transit is almost three times cheaper than Ukrainian. Moreover, the pipeline itself, which runs through the territory of Russia and Belarus, belongs to Gazprom to the Polish border. Of course, the Poles were going to raise prices, but they didn’t have time. It suddenly turned out that about 80 percent of the Polish pipe’s capacity, Gazprom had already reserved for the third quarter of this year.

The aspirations of the Poles are understandable. They intend to weaken their dependence on Gazprom by diversifying gas transmission flows. They do it in several directions at once. The first is the LNG terminal in иноwinoujцеcie, where liquefied gas arrives in tankers, mainly from the United States. The second option is very similar to the one used by Ukraine over the past few years. This is a virtual gas reverse from Germany. And the Poles begin to implement the third option this year. This is the construction of the Baltic Pipe gas pipeline, through which through 2023 Norwegian gas will be supplied to Poland through Denmark.

Warsaw has long been talking about its unwillingness to have long-term contractual obligations with Gazprom. Now the Poles dream has finally come true, and no contracts with a Russian company connect them. 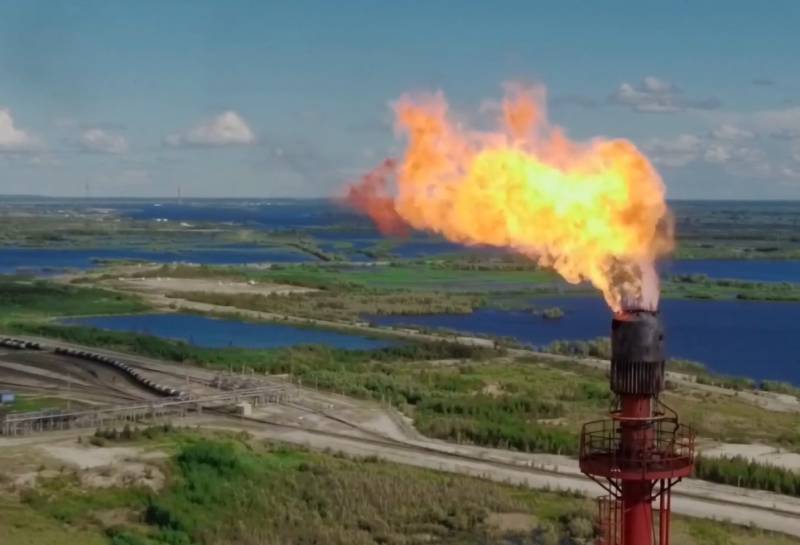 And be that as it may, this state of affairs gives Gazprom the opportunity to increase the load on the Nord Stream pipeline. Here, of course, there are limitations that upset both the Russian company and its German partners. Unfortunately, half of the capacity of any gas pipeline passing through the territory of the European Union, according to European rules, should remain free for other companies that would also want to use this pipe. But this norm does not in fact apply to Nord Stream, since Europe needs gas, and it has not been possible to find alternative suppliers of gas for injection into the pipe.

And the OPAL gas pipeline, which delivers Russian gas, continuing the Nord Stream pipeline through Germany to other European countries, should only be half loaded.

But, in fact, Gazprom so far has the ability to fully download it. This is due to the fact that there is also the Eugal pipeline, which was laid to continue the construction of Nord Stream 2. But now, due to the restrictions introduced, it is necessary to connect it to transport gas coming from SP-1.

Of course, after the opening of SP-2, which is supposed to take place approximately at the turn of 2020 and 2021, everything will change. After all, then Eugal will have to be connected to the new gas pipeline, and then both pipes will be half empty. 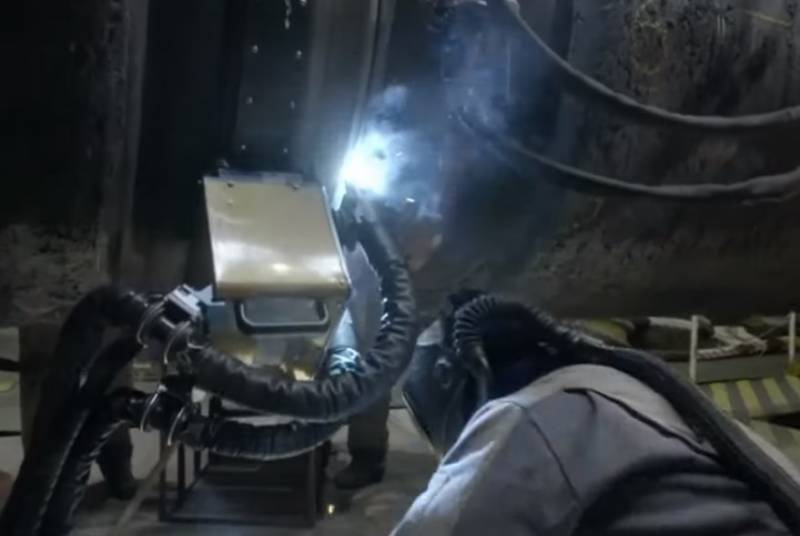 Now a legitimate question arises. And why did Russia build the Nord Stream 2, if it does not have the right to use it? After all, OPAL and Eugal, loaded at half capacity due to European restrictions, will not be able to pump more than the already existing Nord Stream gas pipeline passes?

Perhaps this contradiction is much easier to solve than it might seem. Today, when almost all of Europe complies with quarantine, its industry is far from operating at full capacity. Because of this, gas demand is much lower than usual. But earlier, according to "dock" forecasts, an increase in total gas consumption on the continent was expected. This means that Europe’s demand for Russian gas will grow over time. And this is despite the projected decrease in the share of our fuel in European consumption from 39 to 34 percent.

I think the European Union is able to comply with the restrictions they set exactly as long as this does not go against the interests of European business. And then for Gazprom, an exception to any rule can be made by canceling the requirement for a 50 percent load of its pipelines. Moreover, in such cases, Europeans have already acted in a similar way. The same example with "SP".

And this means that both the Nord Stream and Ukrainian transit, and Polish still come in handy. Moreover, today no one knows exactly how events will develop.

One thing is clear: the new transit conditions through Poland will in no way affect either the total export of Russian gas or the working conditions of Nord Stream. But now they are already leading to the understanding by Europeans of the fact that intractable transit countries can only interfere with "energy" contacts. In other words, with its intransigence, Poland itself, unwittingly, plays in favor of both Nord Stream. Because of Ukraine, “SP-2” began to build, and Poland is doing everything to implement it 100 percent.

Ctrl Enter
Noticed oshЫbku Highlight text and press. Ctrl + Enter
We are
Gas victory of RussiaSituational analysis of the death of the MH17 flight (Malaysian Boeing 777), made on the basis of engineering analysis from 15.08.2014
Military Reviewin Yandex News
Military Reviewin Google News
102 comments
Information
Dear reader, to leave comments on the publication, you must to register.