History of Russian hymns: from Peter the Great to Putin 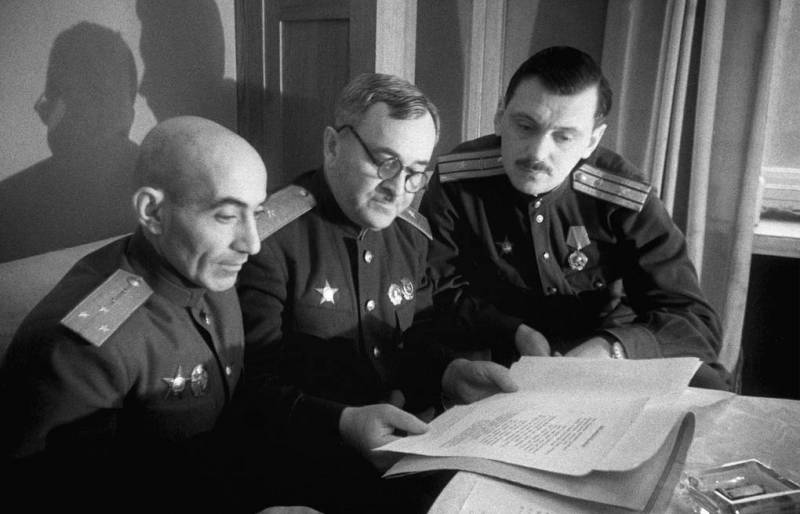 On May 27, 1977, the USSR National Anthem was approved, which lasted until the collapse of the USSR.

The Petrovsky March, except the Preobrazhensky Regiment, was also a march of other units. As a result, he became common to the entire army. The clarity and speed of the pace (120 steps per minute) made Peter's march indispensable for military campaigns and parades. The Transfiguration march was also performed on the days of the anniversaries of victories in the Northern War over the Swedes, on the days of the Tsar’s name, on the day of the coronation of Catherine the First. As a result, the Preobrazhensky March began to perform the functions of a secular anthem at parades, ceremonial exits of imperial persons, at embassy receptions, etc.

If under Peter the Great the “Preobrazhensky March”, like most others, was performed without words, then words appeared in the future. So, one of the most famous texts belonged to the poet Sergei Marina (1776-1813). He went the military way from the ensign of the Preobrazhensky regiment to the outbuilding-adjutant of Tsar Alexander the First. A march with the words "Let's go, brothers, abroad / Beat the Fatherland of the Enemies" Marin created in 1805, when he took part in another war with the French. In memory of this campaign there were two serious injuries and the first battle award for Austerlitz - the golden sword “For Courage”. At the beginning of the Patriotic War of 1812, the poet and warrior again rushed into battle and on the eve of the Battle of Borodino served under Bagration. After Borodin, Marine died of his wounds. In March 1814, the Russian army entered Paris with the singing of his "Transfiguration March."

Towards the end of the 1856th century, the Transfiguration March, in fact, became the main march of the Russian Empire. The chiefs of the Preobrazhensky regiment were all Russian emperors, so the march was always performed on various solemn occasions. For example, at the opening of monuments to the emperor sovereigns, various military ceremonies throughout the XIX - early XX centuries. The chimes of the Moscow Kremlin from 1917 to 12 (at 6 and XNUMX o’clock) caused the melody of the march. After the February Revolution, the Transfiguration March was performed instead of “God Save the Tsar!” The Bolsheviks accepted the International as an anthem; in the White Volunteer Army, the Transfiguration March remained the Russian anthem. In the same form, it persisted in the Russian white emigration. 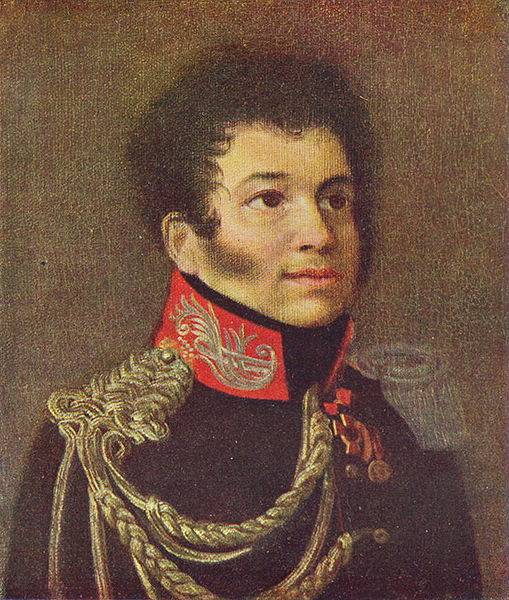 During the reign of Catherine the Great in 1791, the poet Gabriel Derzhavin (words) and composer Osip Kozlovsky (music) created a hymn with the words “Thunder of victory, give out! / Have fun, brave Ross! / Beautified with sound glory. / Mohammed you cracked! " The reason for its creation was the brilliant victories of the Russian weapons in the war with Turkey. In particular, the assault of Izmail by the troops of Suvorov. Kozlovsky himself was a participant in the war with the Turks. The composition was very popular in society, it was used at almost every official ceremony in the capital and provincial cities. “The thunder of victory, be heard” during this period actually became an unofficial anthem of Russia.

The first national anthem of the Russian state was born in the reign of Paul the First. The sovereign personally revised and established a system of military and state ceremonies that had musical accompaniment. Such a work was the spiritual hymn "Our Lord is Glorious in Zion." It was written in 1794 by composer Dmitry Bortnyansky to the verses of Mikhail Kheraskov. The anthem, full of religious symbols, was widely used until the 1830s, before the approval of the work “God Save the Tsar!” From 1856 to 1917, the chimes of the Spasskaya Tower in the Moscow Kremlin evoked the tune “Kohl Glorious” along with the “Petrovsky March”. After the revolution, the anthem was actively used by the White Guards and Russian emigration.

Sovereign Alexander the First introduced another change. Under him in 1816 the first official state anthem of the empire was the “Prayer of the Russians”. The work was created on the basis of the English anthem "God Save the King!" (words and music by Henry Carey) poet Vasily Zhukovsky. Hymn “God Save the Tsar!” / Glorious debts days, ”was executed at the meeting of the sovereign. The work was an official anthem until 1833.

From "God Save the Tsar" to the "International"

The birth of the second official anthem of Russia occurred under Tsar Nikolai the First. In 1833, the Russian emperor visited the union of Austria and Prussia, and he was met with the sounds of the British march. The sovereign, who was a great patriot, met this without enthusiasm. At the direction of the tsar, composer Alexei Lvov wrote the hymn music to the words of Vasily Zhukovsky (the words were already different). For the first time, the anthem was performed at the Bolshoi Theater in December 1833: “God save the king! / Strong, sovereign / Reign for glory, for glory to us! / Reign in fear of enemies, / Orthodox Tsar! / God save the king! ” On December 31, 1833, the anthem was declared state and remained so until the 1917 revolution.

After the February Revolution of 1917 "God Save the Tsar!" canceled. Under the Provisional Government, they used both the old Preobrazhensky march and the more modern “Marseillaise” (“We will renounce the old world, / Shake it off our feet!”). This work was to the liking of the Februaryists, as it emphasized their loyalty to the Entente, primarily France. The final decision on the anthem of the new Russia was to be taken by the Constituent Assembly.

Get up cursed branded
The whole world of hungry and slaves!
Our mind is seething
And ready to lead a mortal battle.
The whole world of violence we will destroy
To the ground, and then
We are ours, we will build a new world, -
Who was nothing, that will become everything.

The text was written in 1871 by a French poet, a member of the 1st International and the Paris Commune Eugene Potier. Music by Pierre Degeiter (1888). In 1910, at the Congress of the Socialist International in Copenhagen, the text was adopted as a hymn to the international socialist movement. In 1902, the poet Arkady Kots translated the International into Russian. The work became the party anthem of the revolutionary movement and the social democrats of Russia. Three verses of the Internationale (verses 3 and 4 were not included in the anthem) in the translation of Kotz, with minor modifications, made up the national anthem of the RSFSR and the USSR.

From Stalin to Putin

The anthem of the USSR was first played on January 1, 1944. “The Union of the indestructible republics of the free / Great Russia united forever. / Long live created by the will of the peoples / One, mighty Soviet Union! ” (Music by Alexander Alexandrov, lyrics by Sergei Mikhalkov and El-Registan.) The International has remained the anthem of the Communist Party. In 1956-1977 the anthem was performed without words, so as not to mention the name of Stalin ("Stalin raised us - to be faithful to the people").

Under Khrushchev, they planned to change the anthem, but did not edit it. Only on May 27, 1977 a new edition was adopted. The text again created Mikhalkov. It excludes references to Joseph Stalin, happiness, glory (of peoples), victories (“from victory to victory”), the army, and adds words about the party and communism. In fact, the victory of the revisionists, the hidden Trotskyists, was reflected in the anthem, which ultimately led to the disaster of Soviet civilization. The bureaucracy and nomenclature temporarily crushed the national (Soviet) project for the development of the USSR-Russia, refused to break into the "bright future" for everyone. This caused the degeneration of the Soviet elite into a closed caste, which eventually wanted a “bright future” (property and power) only for itself and its families, clans, and killed the USSR and the Soviet project.

In June 1990, the Declaration on State Sovereignty of the RSFSR was adopted. In November 1990, the Supreme Council of the RSFSR decided to create the state emblem, state flag and anthem of the RSFSR. As a hymn took the "Patriotic song" by Mikhail Glinka. The work was written in 1833. The melody was found in the composer's archive only in 1895, and for the first time it was sounded in 1944. Since December 1991, when the USSR was collapsed, the Patriotic Song became the anthem of the new Russia. In 1993, the status of the work was confirmed by decree of President B. Yeltsin. The anthem was performed without words, there was no universally recognized text. The commission received thousands of texts. The text of V. Radugin “Glory to Russia!” Was considered the best However, he did not become official.

At the end of 2000, the national anthem of Russia was changed again. The federal constitutional law “On the national anthem of the Russian Federation” of December 25, 2000 approved the music of A. V. Alexandrov (anthem of the USSR) as a melody of the anthem. On December 30, 2000, President Vladimir Putin approved the text of Sergei Mikhalkov: "Russia is our sacred power, / Russia is our beloved country." On the night of January 1, 2001, Aleksandrov’s melody sounded in Russia again, and the author of the text was Mikhalkov (creator of the text of the Soviet anthem). Thus, Russia was affirmed as the successor of the Soviet Union.

Come on, brothers, abroad
Beat the enemies of the Fatherland.
Recall Mother Queen,
Recall what her age is like!

Glorious age of Catherine
Every step will remind us
Those fields, forests, valleys,
Where fled from the Russian enemy.

Here is where Suvorov fought!
There Rumyantsev where struck!
Every warrior was different,
Found the path to glory.

Every warrior is a heroic spirit
Among these places proved
And how glorious our troops are -
The whole world knew about it.

Between glorious places
Let's rush together in battle!
With horse tails
The Frenchman will run home.

We are on the way for the Frenchman
And we will know by Paris.
Let us worry
As the capital we will take.

We’ll get rich there
In the dust, smashing a hero.
And then have some fun
For the people and for the king.

Union of the indestructible republics free
The great Russia has forever cemented itself.
Long live the people's will
A single, mighty Soviet Union!

Be glorious, our free Fatherland,
Friendship of peoples reliable stronghold!
The Soviet banner, the banner of the people
May it lead from victory to victory!

Through the storms, the sun of freedom shone,
And Lenin, our great path, illuminated;
We were raised by Stalin - on fidelity to the people,
We were inspired by work and deeds!

Be glorious, our free Fatherland,
The happiness of peoples is a reliable stronghold!
The Soviet banner, the banner of the people
May it lead from victory to victory!

We raised our army in battles.
We will sweep away the invaders of the vile from the road!
We in battles solve the fate of generations,
We will lead our Fatherland to glory!

Be glorious, our free Fatherland,
Glories of the peoples a reliable stronghold!
The Soviet banner, the banner of the people
May it lead from victory to victory!

Ctrl Enter
Noticed oshЫbku Highlight text and press. Ctrl + Enter
We are
The main song of Russia. December 11 The 1833 of the Year at the Bolshoi Theater in Moscow for the first time performed a public anthem of the Russian Empire.“The king himself always leads us”
Military Reviewin Yandex News
Military Reviewin Google News
159 comments
Information
Dear reader, to leave comments on the publication, you must to register.