The U.S. Air Force could be F-23: about competition for the right to create a 5th generation fighter 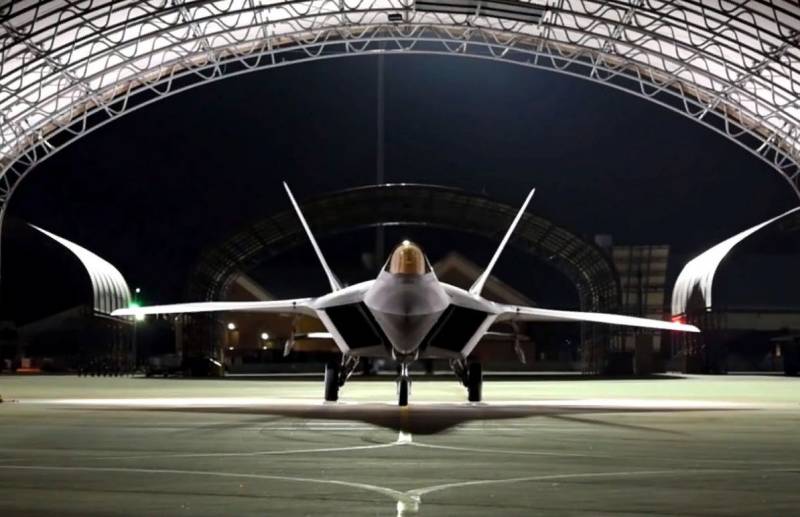 The fact is that at the same time in the United States, research was underway in the framework of two projects. YF-22 is a "cooperative" project of Lockheed, Boeing and General Dynamics. YF-23 is also a cooperation, but already Northrop / McDonnell Douglas. The first received the name, which is well known to this day - Raptor ("Predator" or "Bird of Prey"), the second did not have a single name. During the implementation of the YF-23 program, two prototypes were produced, the first of which was named "Black Widow-2", and the second - "Gray Ghost". These examples differed primarily in engines. The Widow was powered by the Pratt & Whitney YF119 power plant, and the Ghost was powered by the General Electric YF120.

When creating the “Widow” and “Ghost” in Northrop, they relied on combining the technologies that were used in the F / A-18 Hornet fighter and the “strategist” B-2 Spirit.

Despite the fact that the development in the framework of the two programs was carried out independently, the prototypes turned out to be very similar up to the basic geometry of the tail. 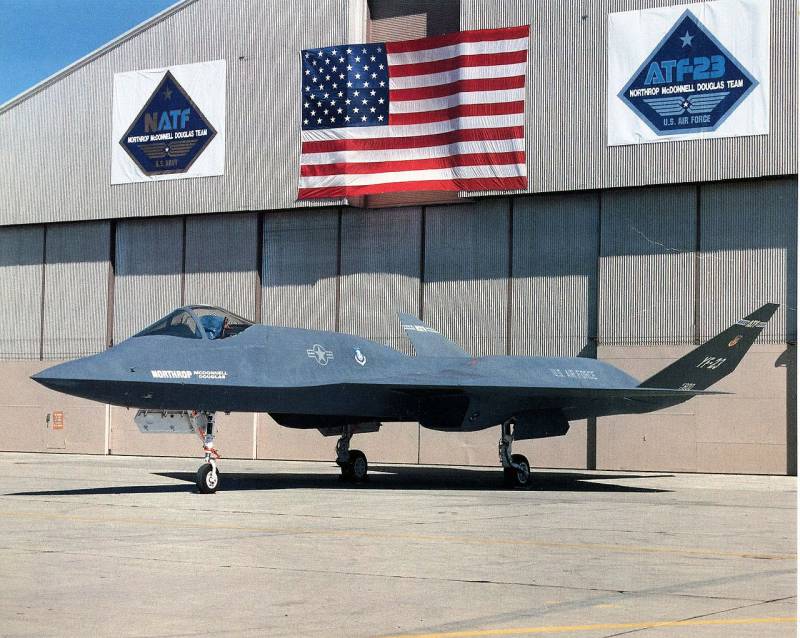 This gave reason to say that representatives of competing, as it is now customary to say “collaborations,” not only were based on the same basic principles, but, to the extent possible, traced any leaks from the camp of the “rival”.

According to American test pilots, the championship was given to the YF-22 project because of the apparent superiority in maneuverability that appeared. Those representatives of the command who wanted to see a 5th generation aircraft on the deck of an aircraft carrier also said their word. As a result, even the speed advantages and lower visibility of the YF-23 did not give him a chance. By the way, during the tests, the instance of “Gray Ghost” developed a speed of Mach 1,6.

In April 1991, the developers of the YF-23 heard the final verdict - there will be no F-23 fighter, but there will be an F-22. It was the Lokhidov program that it was decided to continue to finance.

They say that it was then (in the early 1990s) that a story was born among American developers that "paranoia defeated schizophrenia." What are we talking about? The fact is that in one of the development teams there was a person who was a psychiatrist (psychologist) in the first specialty. When it became known that the victorious aircraft would receive the F mark (fighter), traditional for the US Air Force, it “accepted bets” on F-22 or F-23. In psychiatry, there is a nomenclature for the designation of diseases in which F22 refers to paranoia (e.g. F22.01) and F23 refers to psychotic disorders (e.g. F23.1 is an acute polymorphic psychotic disorder with symptoms of schizophrenia). Comparison, as they say, of course, is interesting ... If you are guided by this terminology, then the “paranoia” in the form of a fifth-generation fighter F-22 has been in the arsenal of the US Air Force for the 15th year already. At the same time, the production of F-22 was completed in 2011. The main reason is called the active implementation of the F-35 program. At the same time, the F-35 program is already being implemented on a much larger scale, including coverage by the number of participating countries.