How much are the revelations of German Gref 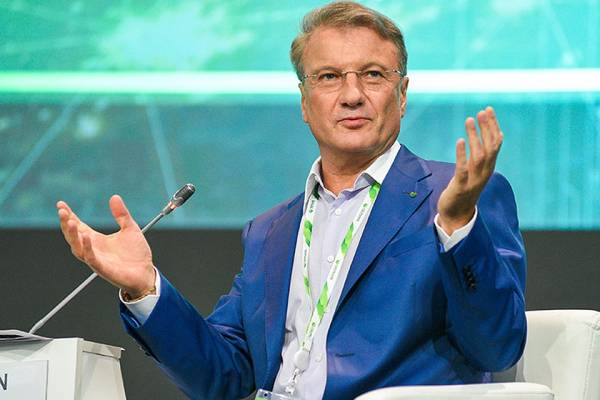 With numbers at the ready

Western Europe seems to have stopped at a low start, pending quarantine and self-isolation. Someone continues to consider losses, the press is discussing the rampant growth of profits of billionaires without pathos and even indignation, and banks in the West are already reporting on the growth of accumulations of the general public. However, nothing of the kind has yet been heard from the walls of Russian credit institutions.

The uncontested leader of the banking sector, Sberbank of the Russian Federation, is now even more busy with the fact that he is circulating on his YouTube channel an openly provocative short film with Fedor Bondarchuk as Mephistopheles. And instead of reports on how things are going with folk money in this nationwide piggy bank, its head lowers some common figures to analysts and the media.

At the same time, the total amount of client funds for the year increased by 4,4%: funds of individuals increased by 6,6%, funds of legal entities - by 0,3%. Business experts noted that the results of Sberbank in 2019 reflected general trends for the country's banking sector: a slowdown in corporate lending, with an outstripping growth in lending to individuals.

From the point of view of a normal capitalist banker, these indicators really cannot be recognized simply as “brilliant”. The credit loop on the neck of the population, as well as that of business, should be tightened further. But to tighten slowly.

IPO operation. Too similar to "Y"!

The calculations signed by the chairman of the board can only be supplemented with a reminder that in May 2019, Sberbank shareholders re-elected German Gref for a fourth term. He will hold the post of president and chairman of the bank until 2023.

Apparently, this is a direct gratitude to the shareholders for the fact that under German Gref, dividends on ordinary shares of Sberbank grew rapidly. Although, what will be paid in 2019 will become known only after the meeting of shareholders. Nevertheless, we recall that the shares of Sberbank - these are the same securities from which the general public, in fact, with all privatizations openly distanced themselves, and simply threw random shareholders. 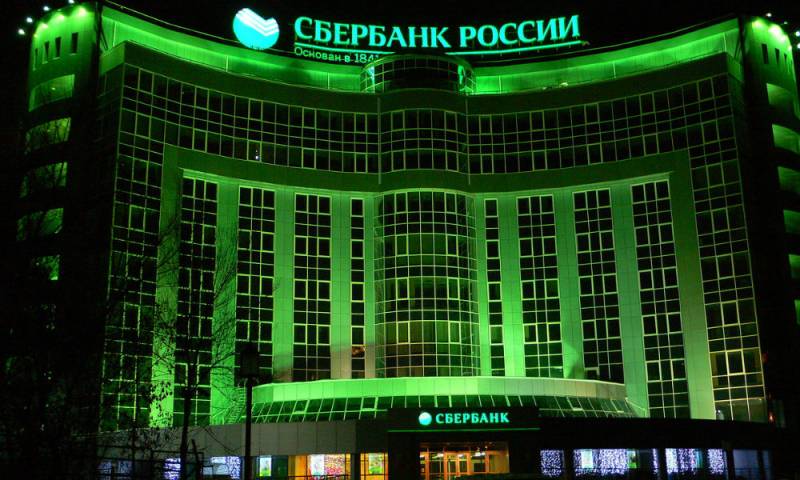 Defenders of Sberbank from among experts and journalists whom the authors are not going to blame for bias, here they will definitely remember that Sberbank participated in the so-called people's IPOs. You can’t say anything, they called beautifully the public offering of shares of a number of leading Russian companies and banks - supposedly primary, which is very controversial if there is already a crowd of existing shareholders.

We will not even try to explain here that this operation was more abrupt than the distribution of vouchers, especially since the coverage was much narrower. We only recall what it all turned out to be. Sberbank joined the company a little later than Rosneft and VTB, and even after it crushed the value of securities there in the summer of 2007.

After a very short period of time, all the shares of all the companies that went through the IPO came together in their quotes down. And this despite the fact that there was no global crisis and still no sanctions. It was just so necessary. To whom, I think, it is not necessary to explain. The crisis will still be, but later, in time it’s very successful in general, so that there is something to whom and to blame.

However, the whole point is that already in 2010, the prices of shares of Sberbank and Rosneft exceeded the IPO offering prices. Immediately after the crisis, with multi-billion infusions from the budget, which since then no one had thought to return to the budget, quotes simply rushed. But the majority of "left" shareholders by that time had already managed to throw overboard, as unnecessary ballast.

And just for this purpose the very dividends were sharply reduced, the rapid growth of which now leads the chairman of the board German Gref to such delight of his shareholders. No one, it seems, will ever ask the same German Oskarovich, why immediately after placing the payment per share they never exceeded 0,1 kopecks. Given the fallen quotes, the whole game with Sberbank shares for a simple shareholder lost all meaning.

For the simple, but not for the one who had the necessary information, which, in fact, is usually called insider. Abroad, the use of insiders by shareholders or officials for their own enrichment is considered one of the worst crimes. We have everything and everyone gets away with it ...

It remains only to inform readers how much the notorious dividends have grown during the reign of German Oskarovich. So, if according to the results of 2007 they amounted to a modest 0,51 rubles. per share (already “new.” - Auth.), after which somehow it suddenly fell immediately to 0,1 kopecks, then by the end of 2018 it had already reached 16 rubles. I wonder what will please the chairman of the board of shareholders of Sberbank following the results of 2019?

... And we are not expected in the Crimea

But what about those dividends to ordinary Sberbank depositors, who continue to impose loans at 15-20 percent per annum, keeping deposit rates at minimum levels? Our hard-earned people in Sberbank do not protect with any indexation, and do not even try to stimulate the public to extend and replenish these deposits.

In the office of German Gref, they completely shamelessly act on the principle of "where will they go." However, what else can one expect from a monopolist, who, with the help of his main shareholder, the Bank of the Russian Federation, simply crushed the latest hints of any competition in the Russian banking sector. 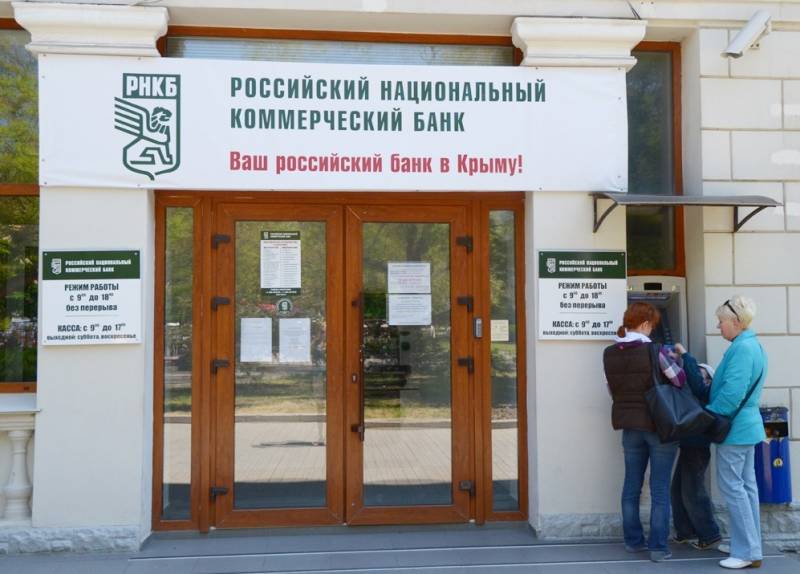 However, at the same time, Sberbank deliberately demonstratively does not work in Crimea, citing the need to observe the interests of millions of depositors who do not live in Crimea. While continuing to cut the commission, as soon as his cards are calculated somewhere “not there”.

In the opinion of Western and a number of Russian analysts, Sberbank’s refusal from Crimea is a balanced decision. Among the new shareholders of the bank, among those who replaced those affected by the public IPO, there are many Western funds, and sanctions can simply bring down its capitalization. Indeed, the freezing of external assets can also hit bank depositors, which is almost the entire population of Russia.

It’s not yet clear to the authors how they manage to circumvent Western sanctions, and yet not to break at the same time unthinkable credit interest, banks, including those with the participation of foreign capital, still working on the peninsula. After all, they, too, “are hardly worth risking stock quotes for the sake of the Crimea.” Let’s try to understand this issue in the following special publications from a place.

Ctrl Enter
Noticed oshЫbku Highlight text and press. Ctrl + Enter
We are
Central Bank has remained in deep minusWhat is wrong with the economy of the Russian Federation?
Military Reviewin Yandex News
Military Reviewin Google News
169 comments
Information
Dear reader, to leave comments on the publication, you must sign in.