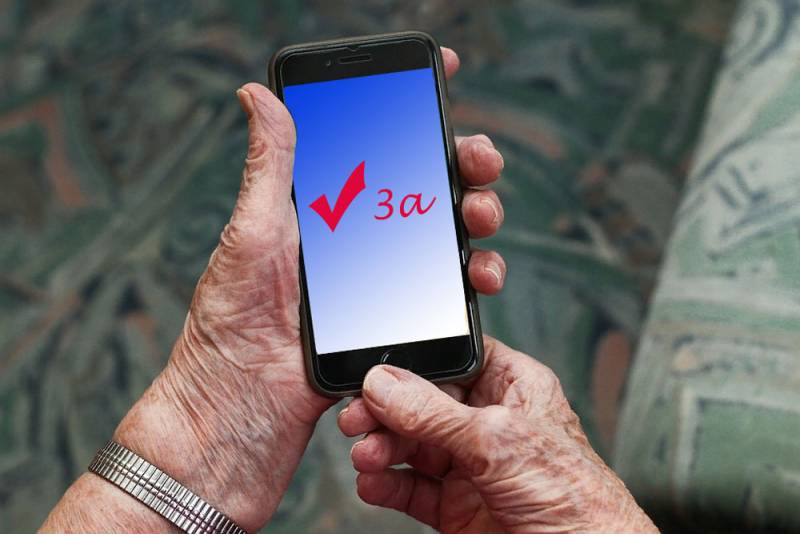 I live in an ecologically clean place. In the mornings I sniff at what the village herd had scribbled on the street while it was gathering and moving out to the pasture. Or, if the wind is on the other hand, sniffing at a neighboring pigsty. I meet our sun, wild, free, and not urban, refined.


Do you think this does not happen? I'm talking about the sun. And you look in the evening where your sun goes to sleep after work. Urban, it's lazy. In the morning I got out of the apartment, and shines for myself. No worries. Neither you grow potatoes in the garden, nor you help the fishermen to drive away the frost in the morning. And ours will come out from behind the forest, overlook the surroundings and come on. There’s a cloud, here the wind, there to warm the sprouts of cucumber-tomatoes, here the boys to warm the water near the "bunny". That's how we live. Environmentally friendly.

We even have a different weather than the TV. You sometimes look out of the corner of the forecast in Moscow or there in St. Petersburg and wonder how people live there. In winter, they have snow for their happiness to see. In summer, warmth is also for happiness. Although it is understandable. Environmentally dirty place. We won yesterday the sun gave out 33-35 degrees. Because as soon as summer is with us, I know that for sure. I myself tear off the man on the wall of the kitchen every day.

I recently learned here that we will now vote in a new way. In an electronic way. Directly by phone or there on this, on a computer. You sit, it means, on the mound, with the peasants you talk about this and that. And then suddenly I wanted to ... In the sense of voting. You get this same mobile, and time. You have fulfilled a civic duty. I chose someone somewhere.

No, of course, I understand that there is no arguing against progress. Here we are guys chasing scooters from a hill. As I remember now, a locksmith Uncle Vasya did a scooter for us. On bearings. Oh, and he drove with us from a hill! How many knees and noses were cracked then. It was fun. And recently, the grandson rolled to the neighbor from the city. To quarantine. Also with a scooter. Only on it, even a foot does not need to be repelled. Electric of some kind. I got on him and went. Boredom for our boys.

And the desire of our leaders to optimize these elections is understandable. Previously, during the Soviet era, elections were a holiday. At the village council, the flag was changed to a new one. In the morning, the secretary Zoyka turned on the radio so that the artists from all over the village would sing different songs in the village. Yes, a car shop came from the district with goods. I remember our parents dressed up in formal suits. We boys sat behind fences and examined the iconostases on the chest of our village men.

And my grandmother became kind of weak. Sits in a hut. The table will cover, bake pies and wait. It seems like she earned honor and respect. And what do you think, this Zoyka came to her, a school teacher and our bookkeeper. With an urn. They will sit at the table, try grandmother’s pies, liqueurs there or something else. The grandmother will be given this very ballot and she, like a queen, will vote alone in the ballot box.

Then, when our chairman became the head, and our village was a rural settlement, either the radiol broke, or a car shop in the area, but there was no holiday. You come to school, greeted the people, took this very bulletin, put a cross - and go home. And some boys began to come to the grandmother: come on, they say, faster, we still have to go through a few "antiquities". Perhaps it was from such disrespect that the grandmother left for another world.

And recently, with the elections in general, we had a complete tear. We, from old memory or in the hope that the car shop in the area was repaired, went to the polls. And the youth spat in unison and fishing, on this, like him, on a picnic. Bake potatoes in a fire. And our chairman runs around the village. He needs interest. Otherwise, they will ask in the area.

I understand that voting is the most, on the phone, for the young people came up with. In order not to distract them from the picnic. With one eye, it means you follow the potatoes, and with the other you study the list of candidates. You recount the ribs with your friend’s hand, and poke the button with the other. It is, of course, progress. Maybe then you’ll start to solve the demographic problem. And on the other hand?

Although the grandfather said that in the pre-war era, our great leader and teacher, after one party congress, quickly enough secretly voted against him, calculated and sent to raise the national economy in the Kingdom of God. It was also not particularly difficult to calculate.

Anyway. One more thing is not clear to me: how is it with the results, with the results of the vote. One smart person told me here that the enemies have no loopholes in this regard. Today, any user can instantly calculate this enemy using secret and inaccessible databases of special services, banks, medical institutions, military registration and enlistment offices and other serious organizations. Pay a couple hundred to a type in a flea market and get this very database.

Again, grandparents. They are with us all day on the Internet. Sunflower seeds are husking there. On the rubble. Imagine the electronic voting of such a granny? All such a modern citizen comes to grandmother and offers to vote from his personal account. And what is the office of this old woman? She had milked cows all her life, and she saw the cabinet only at the chairman's office when she was knocking out cow food.

And the young man has everything with him. “Come on, grandmother, I will help you. Let's create an office for you. Very, you know, it will come in handy later on. ” And creates. Even the password that the granny asks for on her own does not peep. So, for example, tell a couple of options. And vote for whom you need help.

This granny will forget about the office in a couple of hours. And she has problems with the computer. But the thing is done. And in the next election, another young man will be lamented by the grandmother’s poor memory for passwords. Open her office ... And again everything will happen again.

So the question arises from me. Why change Zoyka the secretary to a young computer genius? How is Zoyka with an urn different from a young man with a laptop? In addition to paying for services, of course.

Even funnier is voting by mail. In our village there is a school and a post office nearby. Why the hell am I spending money on an envelope to vote by mail? Go to the post office, stand in line, spend money when you turn the other way and just vote. I think that the distance between the townspeople is also not very different between the post office and the polling station.

When summer comes, our population rises sharply. I mean, in the village. The zavmag of our goods begins to deliver twice as much. These, as they are there, cash flows are growing. But in the city there are a lot of goods. The population is moving to us. But in general it turns out an interesting situation. In total, the district center and our village consume more products than in winter.

In the district center, products are bought in case of a sudden return of summer residents, and we are because the summer residents are the most gluttonous. After all, no one takes into account expired products in the city. They wrote off and threw it away. But there are more of us.

That’s why I thought about it. But will it not work out this way during the elections? In the lists on the site I am. I'm going to vote, too, on the site. But suddenly the grandson arrived, and I went fishing with him. There he voted on the phone. And what about the list at school? It cannot happen that I “vote” there? By the way, the situation is possible and vice versa. I voted on the site, and someone opened my mail and voted for me on the Internet. What then?

A lot, oh a lot, I have questions for this vote by electronic means. But the biggest question is just one. Why are you in such a hurry? Coronavirus permanently planted us in houses and apartments? Or did some urgent issue arise, without a nationwide solution to which the country would die?

I’m wondering if everyone will recognize the results of the vote on the amendment of the Constitution in the case of applying the new voting system Is it not possible that we, through our own experiments, will generate a sufficiently large layer of doubters? But this is the Constitution of the Russian Federation! The basic Law.

Our village lives simpler than the city. Everything is more visible, more distinct here. It's not for nothing that I started with ecology. It’s more difficult to deceive us. No matter how much the party agitator speaks of a plowed field for a peasant, anyone here can go to the outskirts and see this same field. You do not have to be seven spans in the forehead to make out whether it is plowed or not.

And we know our deputies, and not like in the city, we see on television. And then the question arises among our men in the smoking room in the engine room about why the garden is again fenced. For "popular support"? For "voter turnout"? So those who voted before will still be today. And those, especially young people who do not believe in all these slogans of candidates and the implementation of promises in the future, will not lift a finger to turn on the telephone for voting.

We probably have a lot of money for such reforms.

Ctrl Enter
Noticed oshЫbku Highlight text and press. Ctrl + Enter
We are
About Stalin and KhrushchevWhat you didn't want to know about England
Military Reviewin Yandex News
Military Reviewin Google News
195 comments
Information
Dear reader, to leave comments on the publication, you must sign in.