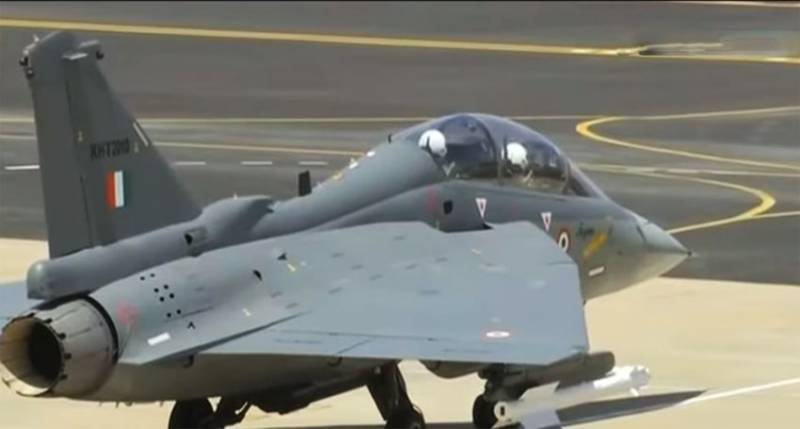 In India, decided on the second squadron, which will be equipped with Indian-made fighters Tejas. On May 27, a ceremony is scheduled for introducing a squadron with the latest combat aircraft into the Indian Air Force. This ceremony will be opened by the Commander-in-Chief of the Air Force of India, Marshal Rakesh Bhadauria.


We are talking about the squadron under the loud name "Flying bullets." She got the 18th number in the structure of the Indian Air Force. The location of the 18th Air Force squadron will be Sulur (Tamil Nadu) in the south of the country. The 45th Squadron of the Indian Air Force is also located there. It is notable for the fact that it became the first in the military aviation, which began to receive fighters HAL Tejas. The name of this aviation formation is Flying Daggers.

The first Flying Bullet Squadron in India was formed in 1965.

For reference: HAL Tejas - an easy single-seat multipurpose Indian fighter. In the Indian Air Force, such aircraft began to arrive in 2015. To date, the cost of a unit with updated software, but without weapons, is less than $ 30 million. Maximum takeoff weight is 15,5 tons. The engines used are from General Electric. Maximum speed - 1,8 M. Practical ceiling - 16 km. Range - up to 2 thousand km. Suspension points - 8.

Tejas in addition to the regular version has a deck version LCA (N). While fighters of this modification are being tested.
Ctrl Enter
Noticed oshЫbku Highlight text and press. Ctrl + Enter
We are
“Soon there will be their own fighters”: Indian Air Force Chief of Staff made it clear that they are not planning to buy Su-57Indicated price is the Tejas Mark I for the Indian Air Force
Military Reviewin Yandex News
Military Reviewin Google News
43 comments
Information
Dear reader, to leave comments on the publication, you must sign in.