China is wondering why hypersonic missiles are deployed in Siberia 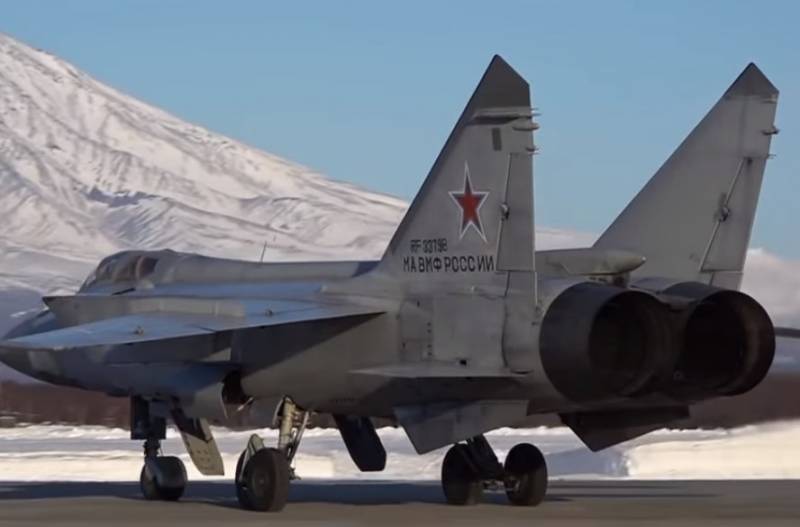 MiG-31 - carrier of missiles of the Dagger complex

Russia decided to deploy hypersonic missiles in Siberia. Naturally, China paid attention to this decision. Interested in such placement in China.

The reason for the discussion was information published by the Russian military that military pilots of units deployed in Siberia will begin to master the dagger hypersonic missiles that will be equipped with combat aircraft next year.

Chinese experts believe that hypersonic weapons will appear in Siberia in order to control and ensure the security of the Arctic, Central Asia and the Far East. All of these regions will be within reach of the missiles.

They believe that Russia has reasons to closely monitor precisely these areas.

In the Far East, Russia has a threat of conflict with Japan, which claims to be the so-called "northern territories." Therefore, this region should also be “under the gun”. Phoenix correspondents write about this.

And finally, the Arctic. Since Soviet times, Russia considered the North Pole its property. And if before the Arctic did not pay attention, today interest in it has grown significantly. And Moscow rightly believes that the “Daggers” stationed in Siberia are capable of protecting the country's interests in this region.
Ctrl Enter
Noticed oshЫbku Highlight text and press. Ctrl + Enter
We are
Reports from the militia of New Russia for 27-28 September 2014 of the yearYuri Drozdov: Russia prepared the role of the sacrificial calf
Military Reviewin Yandex News
Military Reviewin Google News
96 comments
Information
Dear reader, to leave comments on the publication, you must to register.