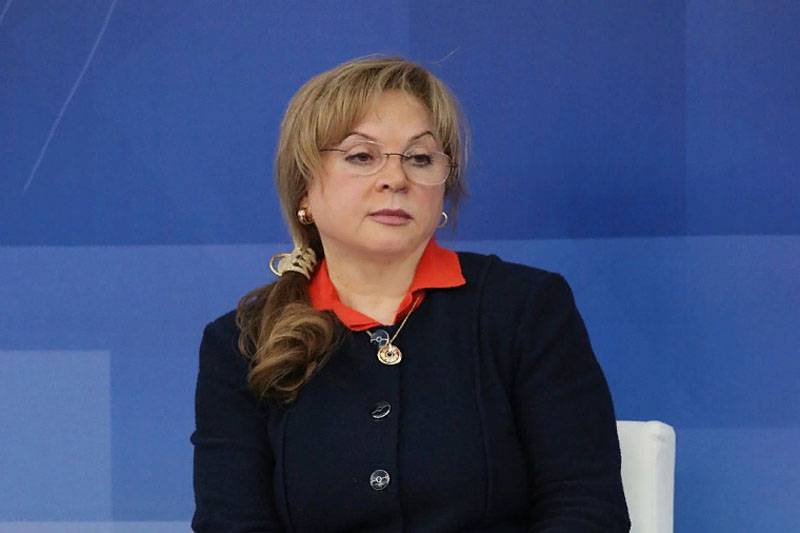 Recently, the discussion of the issue of innovation in Russia related to the so-called remote voting is gaining activity. Earlier, the Russian president signed his amendments to the law, providing for electronic voting during elections at all levels. Additionally, we are talking about the alleged possibility of voting "by mail".


This question, for obvious reasons, worries many Russians. A special issue in this situation is the control of this kind of voting, including by observers.

In the publication "RG" came out interview with the head of the CEC, Ella Pamfilova, who provided some clarifications on innovations in the system of conducting elections in Russia.

Ella Pamfilova said that crises are manifesting themselves in the world, including a pandemic, which cannot be ignored. According to the head of the CEC, “the world can expect a new normality”, which will have to “adapt”.

Pamfilova notes that the new voting option will allow voters registered on the public services website to vote in elections of one level or another without leaving their own home - without visiting a polling station. Ella Pamfilova said that this option of voting will facilitate the work of the election commissions, "which can increase the speed of processing ballots."

Pamfilova noted that remote voting will be applied in the course of expression of will on amendments to the Constitution. According to the head of the Central Election Commission, it is not possible to distribute such an option for voting throughout the country - it will be implemented in three or four regions of the country. At the same time, to conduct a remote vote, this should be announced first of all by regional authorities.

Recall that so far there is no data on a specific date for voting on amendments to the Constitution. Initially, the vote was scheduled for April 22.

And earlier, Ms. Pamfilova said that only the president took the initiative to nevertheless ask the people about his opinion on these amendments. At the same time, the head of the CEC noted that the Russian parliament and regional legislative assemblies had already adopted the changes. The promise that the people could have not been asked ...

His (the president's) will and desire is to hear the opinion of the people not stipulated by the current Constitution ... additionally. He went for it, and it is worthy of great respect.

Ctrl Enter
Noticed oshЫbku Highlight text and press. Ctrl + Enter
We are
The President did not rule out the possibility of postponing the vote on constitutional amendmentsPutin finally became president
Military Reviewin Yandex News
Military Reviewin Google News
284 comments
Information
Dear reader, to leave comments on the publication, you must sign in.