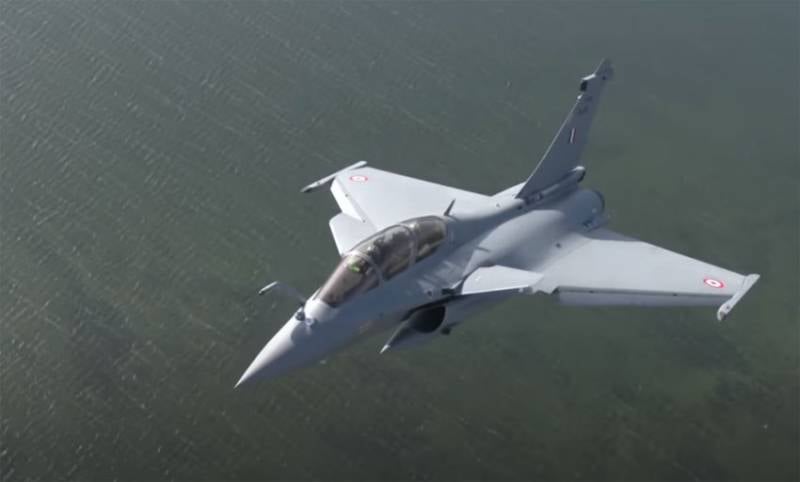 Indian journalists asked French Ambassador to India Emmanuel Lénin whether the first contracted Rafale fighters to be delivered to the Indian Air Force this summer. A question was also raised about why the French fighters were so expensive for the Indian customer.


Recall that earlier in India they reported such a contract for the purchase of 36 Rafal fighters, in which one plane costs the Indian budget 218 million euros. It is today, for example, about three times more expensive than the 5th generation American fighter F-35. This is an excessively high price, which is said in India itself.

The French ambassador noted that, despite the difficulties caused by the pandemic, France "will deliver on time the deliveries of fighters contracted by India." At the same time, the ambassador noted that the amount of the contract includes the supply of not only the aircraft themselves, but also weapons to them. Also, according to him, we are talking about the costs of training Indian pilots.

It is noted that Rafale for India are created in a "special modification." For example, multimedia helmets with displays from an Israeli manufacturer are reported, electronic warfare systems, a computer system for registering flight data with the function of exchange and analysis, infrared search and target tracking systems.

And the Indian Air Force added that the contract price includes deliveries by the French side of air-launched missiles Meteor (air-to-air class) and Scalp (cruise missile). The MBDA Meteor was adopted by the air forces of a number of EU countries in 2013. The maximum flight range is just over 100 km. The Indian Air Force noted that the Meteor missiles will allow combat aviation expand their capabilities and act "in all weather conditions."

The SCALP (Storm Shadow) missile is a French-British development that has been in operation in the air forces of Great Britain, France, Italy and other countries since 2002. The cost of a rocket when ordering more than 1 thousand units is about 1 million euros. If India ordered a thousand of these missiles, then this is already 1 billion euros. However, according to the latest data, we are talking about smaller volumes of an order for SC SCALP, which may indicate a higher price per unit than 1 million euros for Indian customers.

Let’s introduce a few comments from readers of Military Review to previous material on India’s purchase of Rafale fighters.

In short, when buying a cactus, they deceived themselves, and now cry, prick, but continue to eat it.
The same LEKHA: