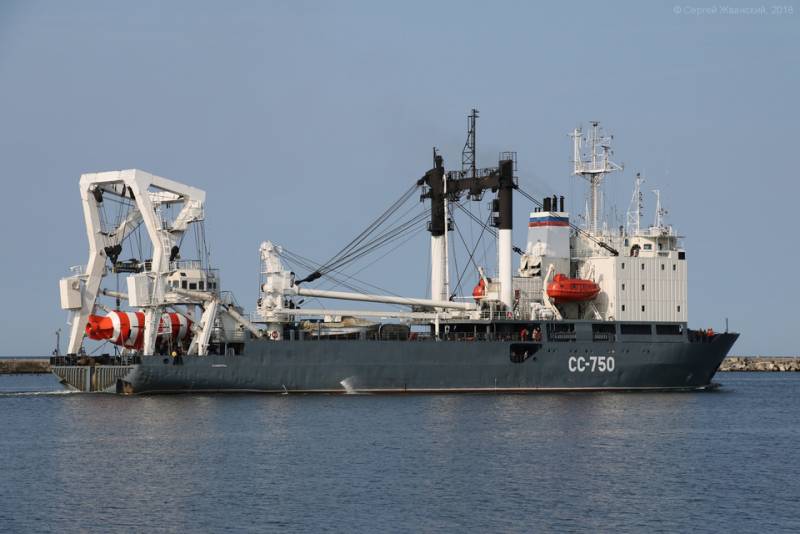 The naval command and control agencies of the Russian Navy are subordinate to the forces of the Navy PSO (military units), which include naval and raid search and rescue vessels (boats) of various types and projects:

Search and rescue service vessels, their features and special equipment, as well as rescue deep-sea vehicles will be considered in this article. 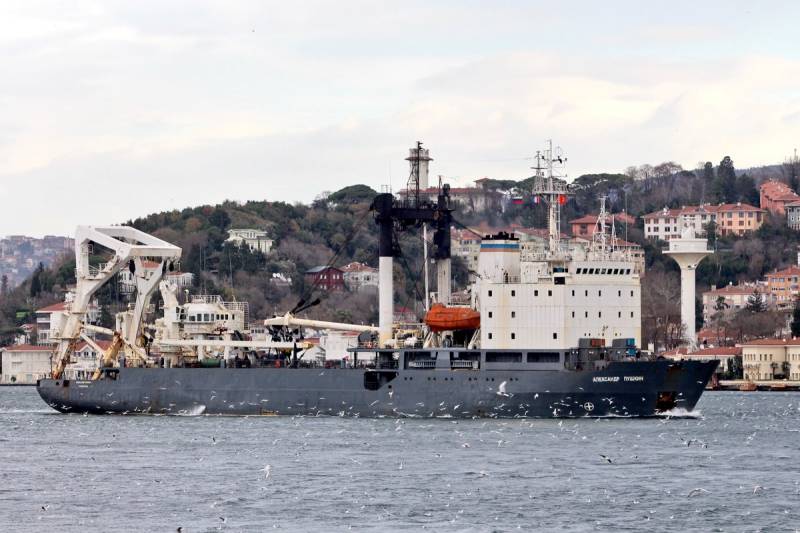 Project 141 pilot and rescue vessels were built in the 1980s in Rostock (GDR). The vessels were designed for receiving from shore, transporting, staging and cleaning raid equipment, consisting of anchors, barrels, chains and steel ropes. Thanks to the lifting equipment on board, vessels are able to participate in rescue, ship-lifting and underwater technical operations.

The project vessels are based on inhabited rescue deep-sea vehicles (OGAS) and uninhabited underwater vehicles. For example, the Panther Plus uninhabited apparatus, capable of operating at a depth of up to 1000 meters, is based on the Alexander Pushkin killer ship. The device is equipped with two mechanical manipulators Shilling Orion and RigMaster, on which it is possible to install cable cutters and a circular saw for cutting complex structures up to 90 millimeters thick.

The Panther Plus lightweight working TPA includes a system for automatically keeping depth and course, an echo sounder, a complex of underwater positioning with satellite GPS, and a device for soil erosion. The device has two controlled cameras with increased photosensitivity, located above the manipulators, and rear-view cameras that allow you to record underwater data on the DVR and control the actions of the manipulators.

One of the main advantages of the complex is air mobility, which allows you to quickly using military transport aviation deliver it anywhere in the world. 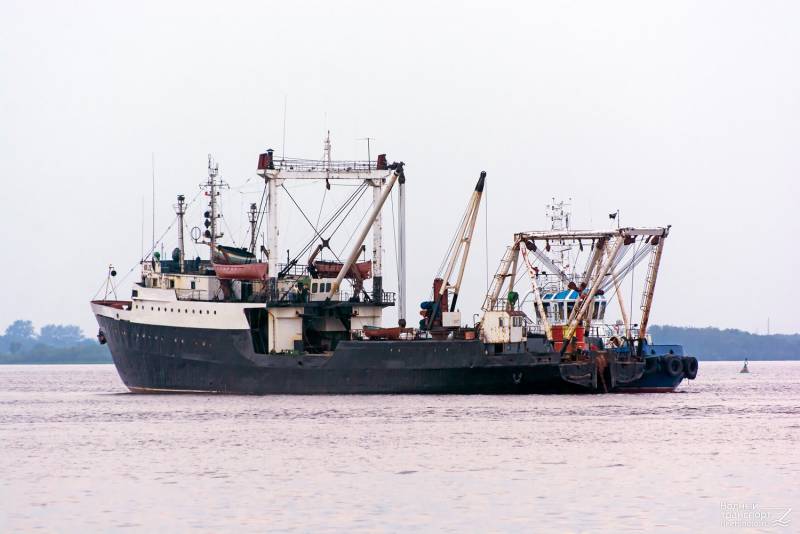 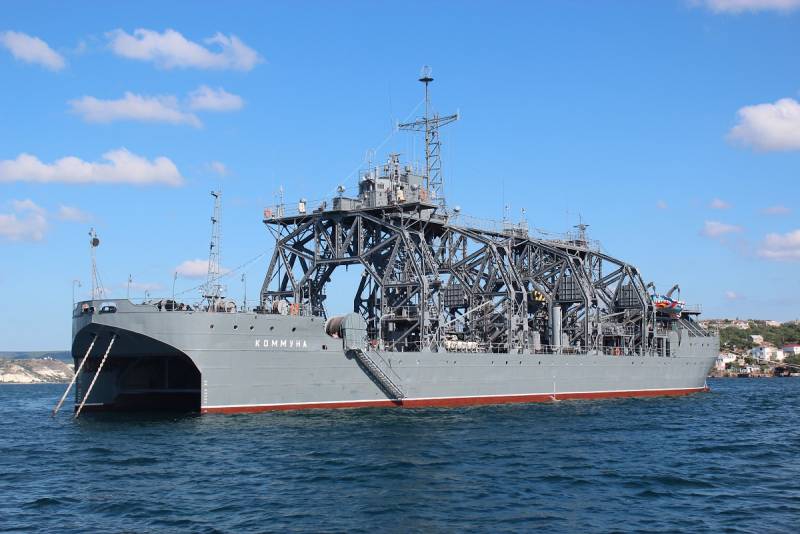 Rescue ship "Commune"
Rescue ship "Commune" it deserves a separate article, because it is the oldest ship in the world, actually in service and performing combat missions. It entered the combat structure of the fleet in 1915. During its service, the ship has repeatedly successfully coped with the tasks of raising sunken submarines and other objects.

The vessel is equipped with the Panther Plus underwater robot and can be a carrier of deep-sea rescue vehicles. 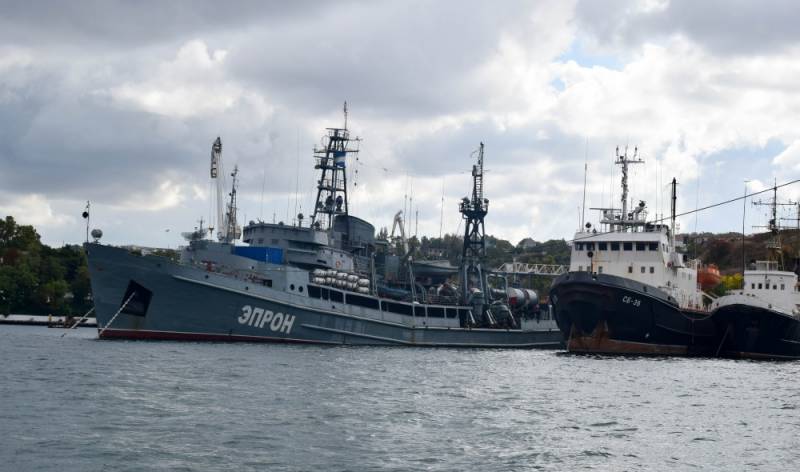 The vessel provides towing of vessels with a displacement of more than 15 tons. In its four interconnected pressure chambers, up to 000 people can simultaneously undergo decompression. 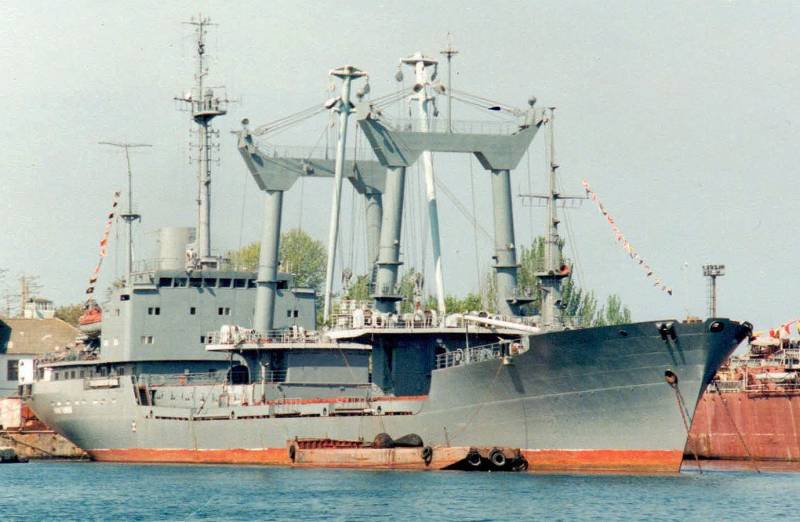 The fleet currently has two ships of this project. 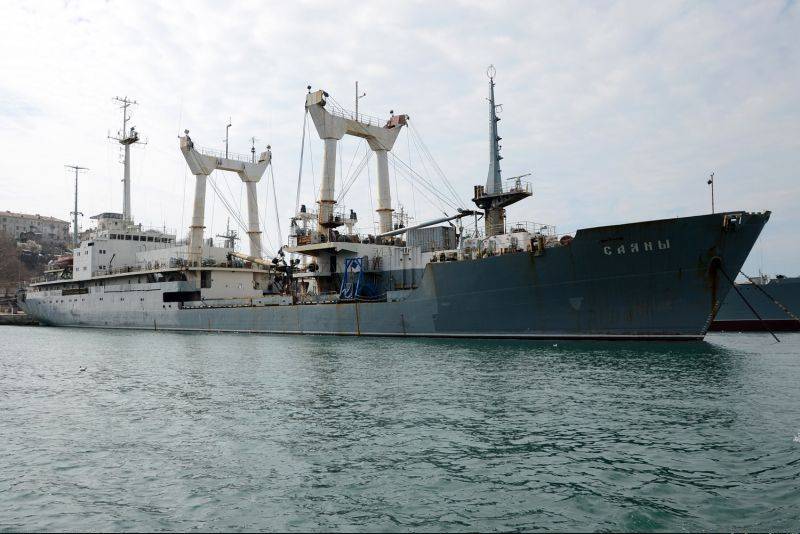 To search for sunken objects, the complex towed telecontrol finder Trepang-2 is used for depths up to 2 km. The vessels are equipped with hydroacoustic means to determine their place and the place of the underwater vehicle, for underwater communication and to detect underwater objects. 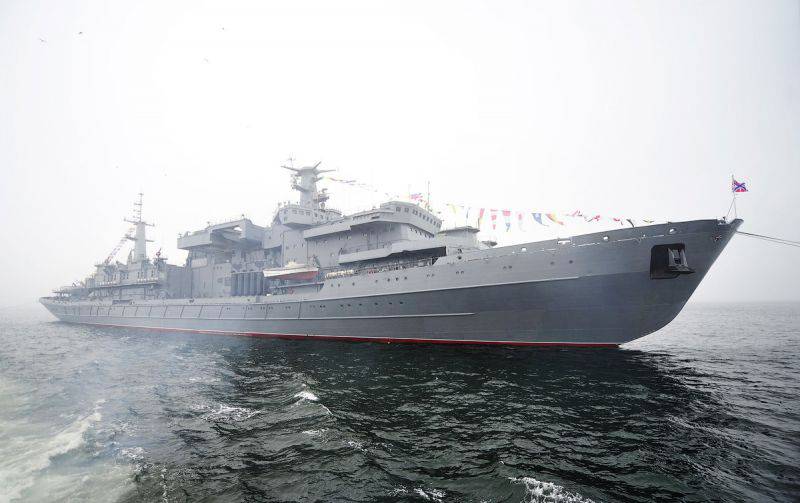 Rescue vessel Alagez, project 537 Octopus. Photo: www.newsvl.ru
Rescue vessel “Alagez” of project 537 “Octopus” - The only representative of the project in the fleet. The ship went into service in 1989.

The ship has several high-speed boats, as well as a hangar and a platform for receiving the search and rescue helicopter Ka-27.

A complex of diving equipment provides diving operations at depths of up to 250 meters. It includes a pressure chamber, which allows simulating diving descents to maintain the necessary physiological training of divers in long autonomous trips. In the pressure chamber of the diving complex, rescue divers can be decompressed. The vessel is equipped with modern means of providing assistance to emergency ships and sunken submarines. The ship is equipped with a British-made Tiger remote-controlled deep-sea vehicle. 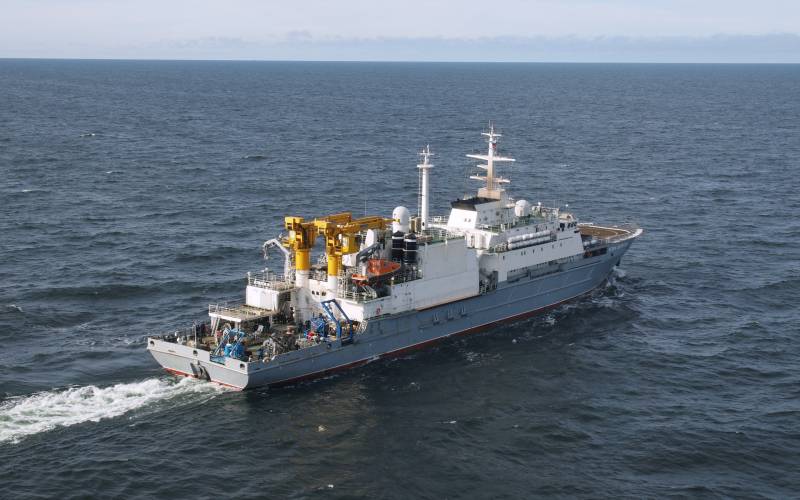 Designed to rescue crews, supply air, electricity and rescue equipment to emergency submarines or surface ships lying on the ground or in the surface. In addition, the vessel can search and examine emergency facilities in a given area, including as part of international marine rescue units.

GVK-450 “Delfin-GVK” deep-sea diving complex. The complex is designed for 120 seats, located on 5 decks in the middle of the vessel and occupies more than 20% of the volume of the hull. It is based on 5 pressure chambers that can accommodate 60 rescued submariners. Also in the complex are trained divers before diving. The pressure chambers have different purposes: residential, sanitary and reception-and-weekend. The complex includes a life support system for regulating temperature and humidity, oxygen saturation, removal of gaseous impurities and odors.

Rescue deep-sea vehicle of project 18271 "Bester-1". Diving belldesigned for diving to a depth of 450 meters. It has the shape of a vertical cylinder and is equipped with portholes. Inside, communication and video surveillance equipment, breathing mixture supply panels for divers and hot water for their heating were installed. The bell houses a diver operator and two working divers with full equipment. For the divers to go, the bell is docked with the GVK-450 receiving and output compartment. The descent and ascent is carried out by the descent and lifting device.

Normobaric spacesuits HS-1200 designed to work at a depth of 60 m and equipped with highly sensitive sonar and television equipment. They allow to carry out the necessary preparation of the facility for the further operation of the inhabited rescue apparatus or divers.

Uninhabited remotely controlled underwater vehicle Seaeye Tiger with a working depth of up to 1000 m.

Two onboard unified work and rescue boats of project 21770 Katran.

Aircraft complex with a helipad. 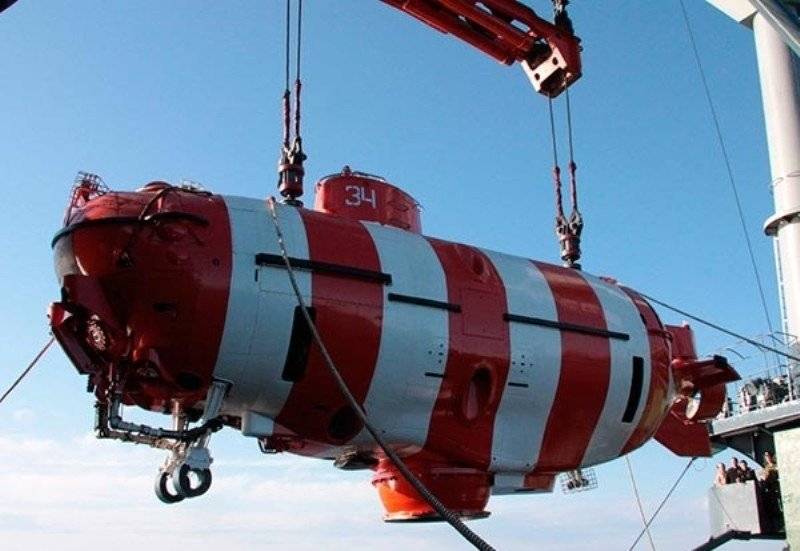 Rescue deep-sea vehicle of the project 1855 "Prize". Photo: mil.ru
Rescue deep-sea vehicles of the project 1855 "Prize" belong to the class of mini-submarines. The tasks of the SGA of the “Prize” type do not include scientific and oceanographic research, the devices are designed to rescue crews from emergency submarines by docking to emergency exits of submarines.

SGAs have an underwater displacement of 110 tons, an underwater speed of up to 3,7 knots, a range of 39 km, a maximum immersion depth of 1000 m, a crew of 4 people plus 20 passengers, autonomy of 120 hours or 10 hours with passengers. 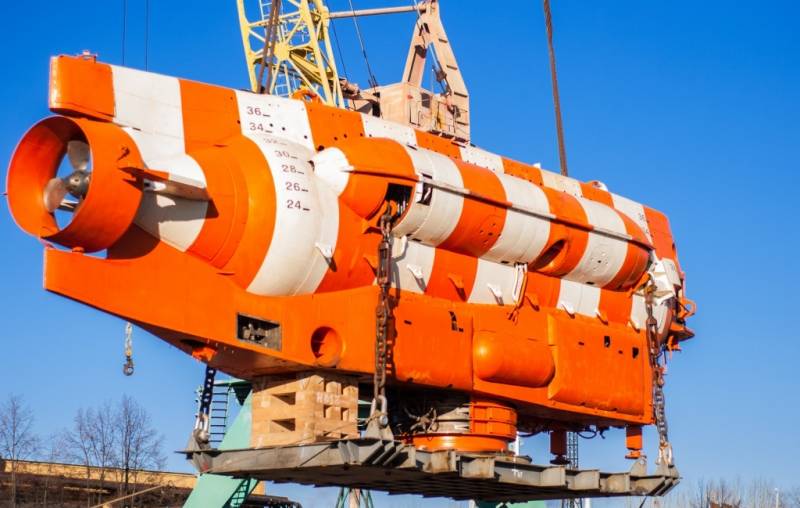 Project 18271 Bester-1 deep-sea rescue vehicle Photo: korabel.ru
Rescue deep-sea vehicles of the project 18271 "Bester-1" they have an underwater displacement of about 50 tons, a maximum speed of up to 3,2 knots, a working depth of immersion of 720 m, a maximum depth of 780 m, a range of 9-11 miles, a working autonomy without passengers for 72 hours, an autonomy of working with rescued 10 hours, crew - 3 people, the number of people saved - 18 people.

The rotary suction chamber installed on this SGA allows performing a rescue operation when the roll of the emergency submarine is up to 45 degrees. ”

SGA can be transported by any vessel with a 50-ton cargo boom and even transport aircraft. 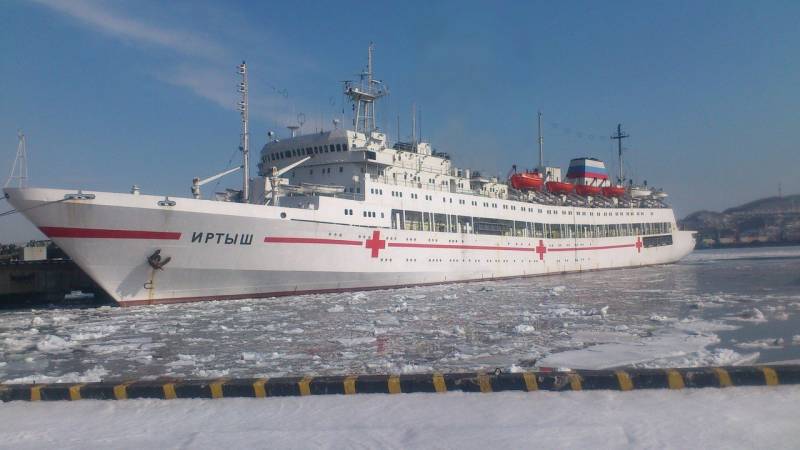 The ships have a total displacement of 11623-11875 tons, a maximum speed of 19 knots, a cruising range of up to 10 miles, a crew of 000 people, and medical personnel of 124 people. The power plant of ships consists of 83 diesel engines with a capacity of 2 liters. with.

The hospital is able to receive the wounded and sick both from the shore and at sea. For this, two ladders are provided on each side, an electric crane for lifting six victims on the platform, a medical boat and a helicopter. The medical part is concentrated directly in the middle part of the ship to reduce pitching from sea unrest. There are surgical, resuscitation, therapeutic, infectious, dermatological and admission departments, intensive care units, wards for patients, an X-ray room, a diagnostic center, a pharmacy and a medical warehouse. Bed capacity: for patients - 100 beds, for vacationers - 200 beds, in the evacuation version - 450 beds.

The fleet includes 3 vessels of this project. However, only one of them has undergone modernization and is in a state of combat readiness. 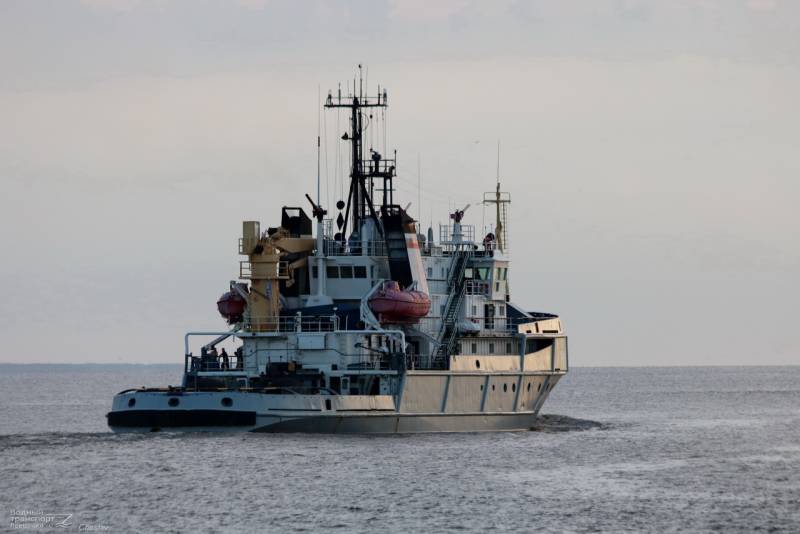 Project 712 marine rescue tugboat
Project 712 Sea Rescue Tugs were built in the 1980s in Finland by order of the USSR Navy. Vessels are designed for independent towing of surface ships and vessels with a displacement of up to 40 tons, as well as for carrying out limited rescue operations.

Special equipment: small-sized remote-controlled underwater vehicle "Tiger", diving equipment for work at a depth of 60 meters, a device for lifting people out of the water "Sprut-5", two evacuation and rescue containers "ESK-1", 8 submersible rescue electric pumps, 4 fireworks, tow biten, main tow cable with a diameter of 56 mm and a length of 750 meters.

The fleet currently has 4 ships of the project. 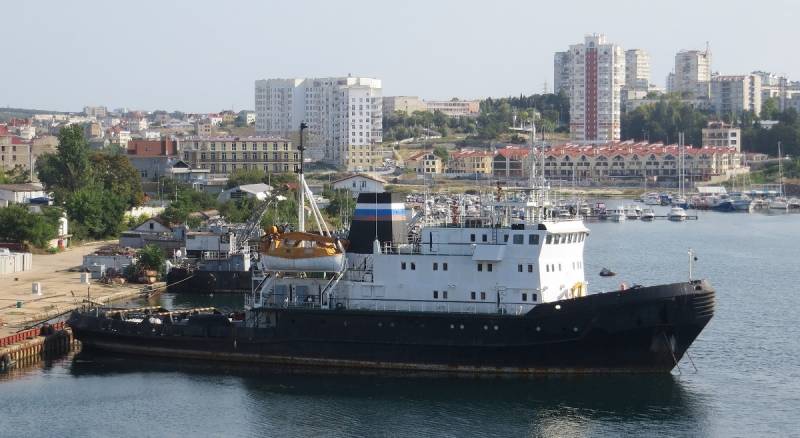 Project 714 marine rescue tugboat. Photo: Alexey Tsarkov
Project 714 Sea Rescue Tugs were built in Finland in the 1980s. These vessels have a total displacement of 2210 tons, speed - up to 14 knots, cruising range - up to 8000 miles, crew - 43 people. The power plant is represented by one 3500 hp diesel engine. The vessel was equipped with diving equipment for operation at a depth of up to 40 meters, 2 water-jet barrels.

The fleet includes 6 ships of the project 714. 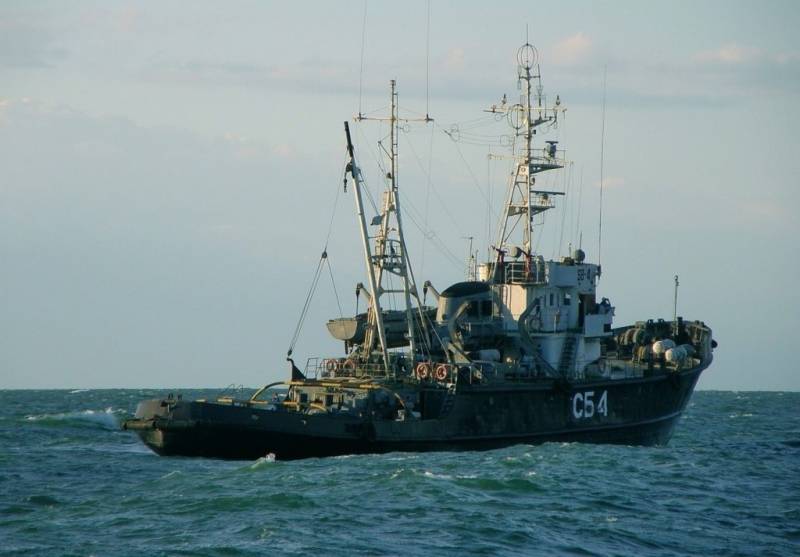 The fleet includes 3 vessels of the specified project.

For ease of reading and perception of material about the ships of the search and rescue service of the Russian Navy is divided into two articles. The first examined mainly the largest, high-tech and equipped vessels. The second will be devoted to the courts simpler, but, nevertheless, very useful and necessary. It will also summarize the UPASR vessels of the Russian Navy and draw conclusions.

So far, we will only summarize the intermediate results. The Russian Navy is armed with quite a few search and rescue large vessels. However, a small number of deep-sea rescue vehicles (1-2) per fleet is immediately evident. That is, not every vessel capable of carrying such devices is equipped with them. Another thing that attracts attention is the age of the ships: all large vessels were built in the 1980s, that is, their service life is coming to an end. Of course, we can hope that some of them will still serve as the veterans of EPRON and the Commune serve, but there is no adequate replacement for them yet. The only bright spot is Igor Belousov. Separate issue - killer ships: can we build them? After all, all relatively modern ships of this type were built in the GDR. Do we have such competencies? In addition, there is a widespread use of foreign diving equipment, remote control devices, propulsion units. Most likely, the purchase of this equipment today is either impossible or very difficult, as well as its maintenance. Thus, the need for its import substitution is obvious.