How the Polish Army of Craiova tried to detain the Nazis on the eastern front: from the history of World War II 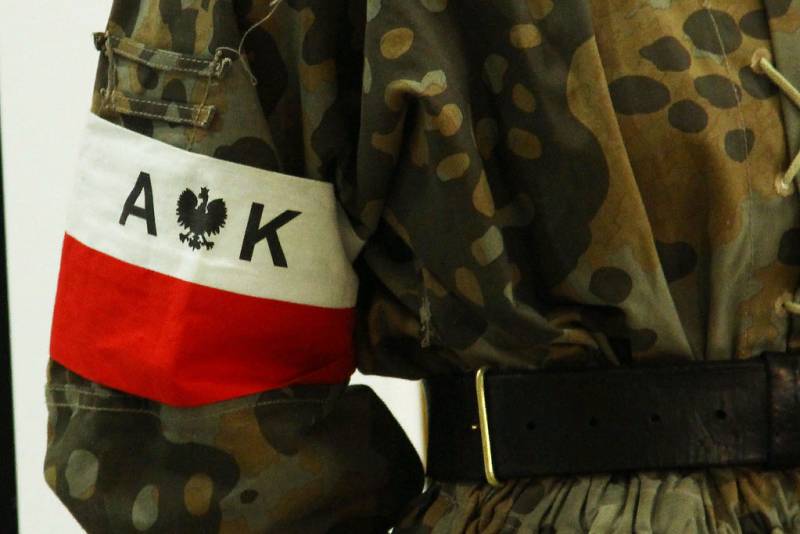 On the anniversary of the 75th anniversary of the end of World War II, questions are often raised about the provision of assistance to the USSR by Western allies. First of all, we are talking about the United States and Great Britain. It would be strange to not recognize the fact that help from the Allies played an important role in the defeat of the Nazis: supplies to the Soviet Union weapons and military equipment, ammunition, medicine and food. But at the same time, it would be strange to deny the fact that the Allies acted in their own interests. Moreover, often these interests directly contradicted the interests of the Soviet Union itself.


One example in this context is the example with the support of London, which sheltered the so-called Polish government in exile, the Craiova Army. As you know, these are armed groups that were originally created to counter the Nazi occupation of Poland. But in stories The Craiova’s army also has a period where the struggle against the Nazi occupation was, to put it mildly, strange.

The same Polish government in exile initially relied on the fact that Nazi Germany would prevail over the Soviet Union, and then the combined Western forces would defeat the Nazis and celebrate the victory. But when the Wehrmacht suffered its first defeat - in the battle of Moscow - the "Polish exiles", controlled by British intelligence, began to change approaches. So, analytics appeared, which consisted in working out the issue of the probability of a quick advance of the Red Army to the west in the event of a successful counterattack. This probability increased many times after the defeat of the Nazis near Stalingrad.

As a result, the headquarters of the Craiova Army, with the active support of British patrons, formed a plan that today is known to historians as the “Barrier”. The essence of the plan is this: to make the Wehrmacht’s retreat during the advance of the Red Army as difficult as possible, to detain the Nazis on the eastern front as much as possible. The goal is to give the Western Allies large forces to open a second front. In this context, it is clear that the West did not see the second front as certainly as assistance to the USSR in the fight against Hitler.

Frankly speaking, such a policy can hardly be called a full-fledged struggle for the independence of Poland.

The Barrier plan really corresponded to its name: the German armies, suffering one defeat after another in the USSR, the Craiov Army, with the active support of finances and weapons from London, made retreat difficult. She did everything so that the Germans literally did not run. These are sabotage on the paths of a possible retreat - undermining railways, bridges, and other infrastructure.

At the same time, the goal was to prevent the Red Army from moving quickly after leaving the USSR during the offensive. Railways are blown up, bridges are often gone ... For obvious reasons, the offensive speed was slowed down for objective reasons.

Against this background, the Craiova Army also tried to negotiate with the Ukrainian Insurgent Army (UPA - an extremist organization banned in the Russian Federation). And if in 1943-1944 such negotiations ended in failure and the Craiova Army fought against the UPA for some time, then in 1945 an agreement was reached. Its main essence is joint sabotage operations against the troops of the Red Army.

This year officially marks the 75th anniversary of the dissolution of the Home Army. But de facto some of its units and representatives continued to act against the authorities, including in the Soviet territories of Western Ukraine, until 1948. At the same time, again, not shunning contact with the UPA. Probably, such an interaction was in the interests of those Western forces that themselves had contact with both the AK and the UPA in their own interests — interests in containing the USSR.