The recession of the Russian economy is inevitable. The Ministry of Economic Development predicted the depth and duration 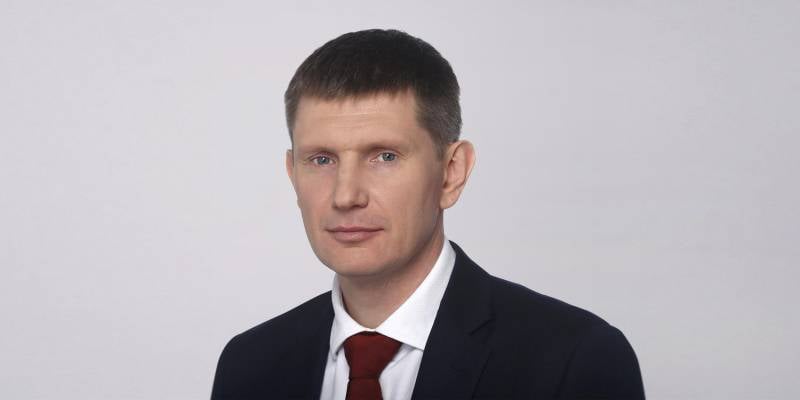 Of course, each of us cares how much a coronavirus pandemic will hit the domestic economy and how the accompanying crisis moments will affect, for example, a drop in world energy prices. Certain negative consequences are visible to many right now. But what awaits the country in the future? Some preliminary forecasts are announced. There are no reasons for optimism, but there is no reason for panic.


On the eve of the official forecast regarding the alleged socio-economic development of Russia for the period 2020-2023, made the head of the domestic Ministry of Economic Development Maxim Reshetnikov. Perhaps he would most accurately describe the expectations he voiced as follows: a mixture of restrained pessimism with extremely cautious optimism. However, start the head of this department to paint rainbow pictures of future prosperity, no one would have believed him ...

The most difficult period for the country will be the main impact of restrictive measures aimed at preventing the spread of the epidemic, the second quarter of this year. It brings us an economic decline of 9,5% (year on year). In total, according to the results of an extremely unsuccessful 2020, the domestic economy will sink by 5%. In comparison with the growth of 1,9% planned by the calculations of the same Ministry of Economic Development, this picture is certainly sad. The depth is great. On the other hand, it is not known what would result from the adoption of strict quarantine measures and the widespread adoption of COVID-19 in Russia. Losses in the end would probably be even higher. But there is something to compare with. Let’s take a look at the results of the year in Sweden and Belarus, where no strict quarantine measures were taken.

However, according to Reshetnikov, already in the fourth quarter the process will take the opposite direction, the economy will begin to recover after the damage. Though not by much, only by a few percent, but its decline will slow down at first, and then the process will go from falling to growth: by 2,8% and 3% in 2021 and 2022, respectively. Nevertheless, it will be able to achieve the pre-coronavirus level of Russia's GDP no earlier than I – II quarter of 2022.

Speaking about the prospective prospects, the head of the Ministry of Economic Development has repeatedly emphasized that they should not be considered as some kind of accurate prediction in any case. Too many factors are involved in this case that lie outside the scope of economists' competence and are more likely to be related to an area in which only epidemiologists can predict something. Moreover, no one today can clearly and unequivocally assess the level of recession in the global economy, of which ours is a part. Some experts say it is reduced by 2%, while others - by all 5%. There is no consensus on the pace and volume of global GDP recovery. But after all, domestic macroeconomic indicators directly depend on the return of all other countries to normal volumes of economic activity, the restoration of sustainable demand for the same energy sources.

In addition, before the “launch” of many industries, which is expected only after the restrictions are lifted, it is impossible to accurately determine the size of the losses incurred and the amount of amounts necessary for the speedy recovery of those that have suffered the most. The government intends to work in this direction - three aid packages have already been adopted and are being implemented, another one should be submitted to the president no later than June 1. Nevertheless, Reshetnikov warned business representatives that work “with serious restrictions” expects them for a rather long period - at least until the end of the summer. According to him, the complete lifting of bans could be discussed not earlier than receiving an effective vaccine from COVID-19. Otherwise, economic activity can be too expensive.

The forecasts of the Ministry of Economic Development regarding the social sphere are also unfavorable. Alas, Russians expect the highest unemployment rate since 2011. This year it may well reach 5,7%, however, its decline will begin literally next year. Against this background, the calculations of the decrease in real incomes of the population, which in 2020 will fall by 3,8%, look quite natural. However, there is hope that they will begin to grow literally next year. Independent economists believe these figures are far from reality. Many representatives of small business during the so-called “paid non-working days” were already forced to say goodbye to the main part of the labor collective, and for the rest of it to cut wages by 25-50%.

The ruble and a barrel of oil

A special collapse of the ruble exchange rate, in spite of the many “apocalyptic” predictions about a “100 dollar”, is not expected. 75-76 rubles by the end of the year - this is most likely. True, provided that the oil barrel does not fall in price below $ 31, there is reason to hope for that. In the next two years, the course will fluctuate, but not too noticeably. The expectation of economists is an exit by 2021 in the range of 40-45 dollars per barrel.

Well, if the calculations of domestic economists are correct, then Russia will nevertheless be able to avoid the worst-case scenarios. There will be no general ruin, "collapse" and "collapse" of the economy. But the coming years will not be satisfying and fat. What will happen? According to Maxim Reshetnikov, "a long way up." It remains only to be inspired by the words: "The road will be overpowered by the walking one."

Ctrl Enter
Noticed oshЫbku Highlight text and press. Ctrl + Enter
We are
Coronavirus COVID-19: threats, consequences, actionsSituational analysis of the death of the MH17 flight (Malaysian Boeing 777), made on the basis of engineering analysis from 15.08.2014
Military Reviewin Yandex News
Military Reviewin Google News
135 comments
Information
Dear reader, to leave comments on the publication, you must to register.